Underground economy rises for the fourth consecutive year and reaches R $ 1,173 trillion in 2018, according to ETCO and FGV / Ibre 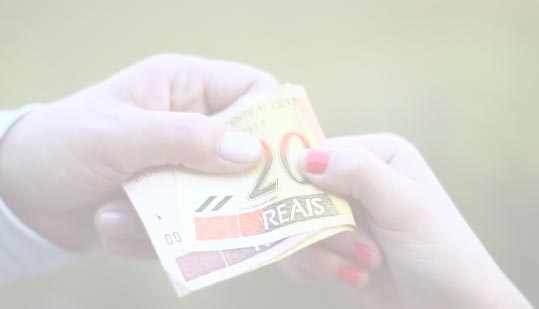 The economic crisis that has hit Brazil in recent years causes more damage, in addition to the increase in unemployment and the consequent reduction in the purchasing power of Brazilians. It also rekindles the so-called underground economy, the production of goods and services not reported to the government deliberately, with the aim of evading taxes, evading social security contributions, circumventing compliance with labor laws and regulations and avoiding costs arising from compliance with standards applicable to each activity. The amount handled by the underground economy in Brazil is higher than the GDP of countries like Denmark and Ireland and is close to the Gross Domestic Product of South Africa and Israel. ETCO's Executive President, Edson Vismona, points out that the consecutive growth of the underground economy is a severe institutional blow to the country. “This economy that lives on the margins of the State brings direct damage to society, creates an environment of transgression, stimulates behavior opportunistic economic growth, with a drop in investment quality and a reduction in the growth potential of the Brazilian economy ”, he says.

For the executive, the best way to change this scenario is to fight its causes, reducing the incentives that make people and companies choose to work outside the law. "We need to make further progress in major reforms, such as tax simplification, and in the improvement of the inspection and control apparatus, such as the electronic invoice, which proved to be a very positive measure", explains Vismona.

After reaching 21% of GDP in 2003, the Underground Economy Index had been falling year on year until reaching its lowest historical level in 2014, when it represented 16,1% of the country's production. Since 2015, the study of ETCO and FGV / Ibre points to a change in the trend line. With the four consecutive increases, informality increased by 0,8 percentage points.

For Fernando de Holanda Barbosa Filho, a researcher at FGV / Ibre, the result reflects the impact of the economic crisis, which aborted formalization in the labor market. “Brazil is not structurally worse than at the time when the indicator showed a downward trend. In recent years, several measures have been taken, such as the approval of the labor reform, which in the long run will favor the formalization of business in Brazil. We believe that, as the economy recovers, we will also be able to measure the resumption of the downturn in the underground economy. ”

ETCO believes that knowing the size of the problem is critical to tackling it. Much is said, but little is known, about informality, piracy and evasion, as, as illegal activities, they are difficult to measure. The ETCO, in conjunction with the Brazilian Institute of Economics of the Getúlio Vargas Foundation (FGV / Ibre), has since 2007 published the Underground Economy Index, a study that estimates the values ​​of activities deliberately not declared to public authorities, with the objective of evading taxes, and those of those who find themselves in the informal sector due to excessive taxation and bureaucracy.