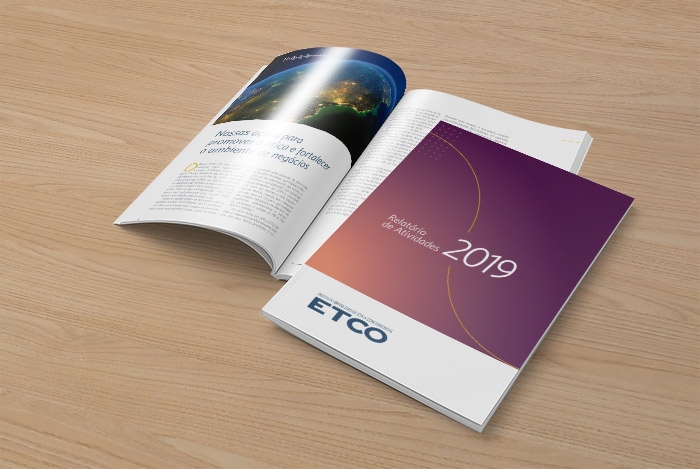 ETCO launched on March 20 its 2019 Activity Report. The publication summarizes the projects carried out by the Institute last year to contribute to the promotion of competitive ethics and the strengthening of the business environment in the country.

In 2019, ETCO acted intensively in debates related to the tax theme. “The time is right,” explains the Institute's executive president, Edson Vismona, in the letter introducing the Report. "After the approval of the pension reform, the focus is on other fundamental issues to unlock the economy, attract investments and boost the country's development. Tax reform is one of the most discussed initiatives."

In June, the Institute held a seminar on tax legal security, which was coordinated by the chairman of its Advisory Board, Everardo Maciel, and was attended by big names in tax law. The following month, he supported a seminar on tax reform held by the newspaper Valor Econômico.

ETCO also sponsored a study by the EY consultancy on Brazilian tax litigation, which was presented at an event followed by a debate with experts.

Another important topic was the defense of the legal market. In partnership with the newspaper People's Gazette, from Paraná, the Institute carried out the project #Dentro da Lei, which lasted seven months. The work included a forum for debates, in-depth reports and other journalistic actions on the damage of practices such as smuggling, piracy and counterfeiting of products.

The 2019 Activity Report also shows how ETCO expanded its participation in international events, with its presence at the Fifth Meeting of the Latin American Anti-Smuggling Alliance (ALAC), in Costa Rica, at the 13th Parliamentary Forum on Intelligence and Security, in Paraguay, and at the meeting of the Organization for Economic Cooperation and Development (OECD) Task Force to Combat Illicit Market, in France.

The publication can be read on the internet or in PDF format from this link.