90% of young people consider Brazilian society to be unethical or not, says Datafolha, in a study for ETCO

An unprecedented study guided the creation of an online platform to help teachers discuss ethics in the classroom (www.eticaparajovens.com.br) 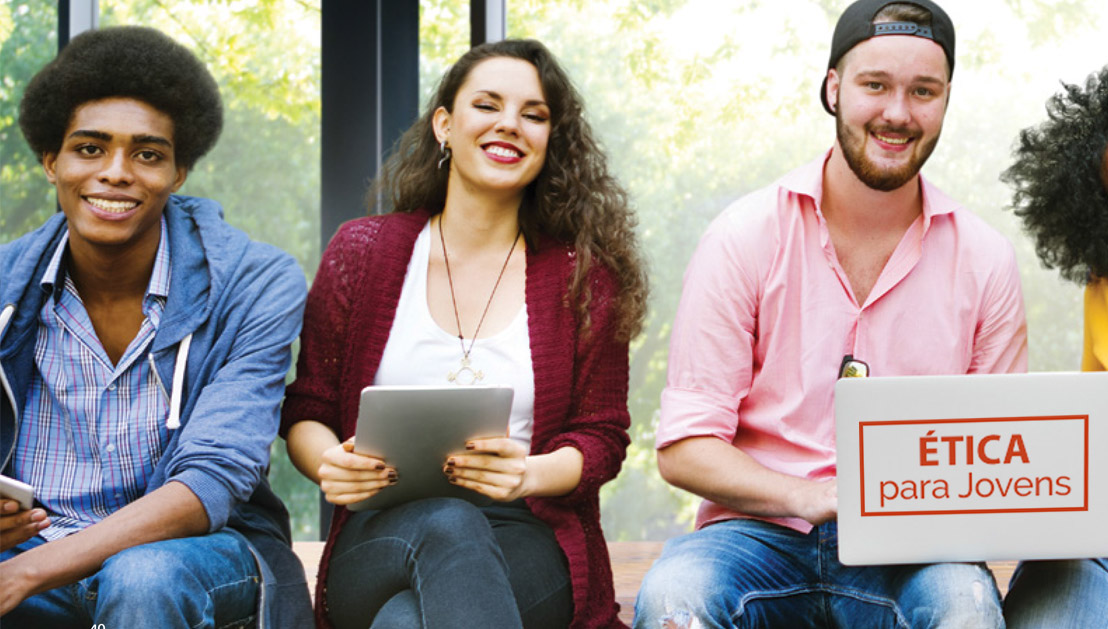 The numbers do not improve even when the target of questioning is the behavior of people close to your relationship. Family members themselves were considered unethical or unethical for 57% of respondents. The evaluation on friends is even worse: 74%. Regarding their own conduct, 63% of young people say that they seek to be ethical most of the time in their daily lives. Only 8% of them are ethical at all times.

When faced with less hypothetical and more objective questions, they did not always maintain the same firmness of conduct. For example, more than 50% of them agree or totally agree that when buying a product it is important to know if the company pays taxes and respects the environment. However, 52% buy pirated products because they are cheaper - the justification is that they do not believe they are harming anyone.

There was also a disbelief in the possibility of ethics in society as a whole. It is noteworthy that 56% agree that no matter what is done, society will always be unethical. More: 55% admit that it is impossible to be ethical all the time and 36% believe that, to earn money, it is not always possible to be ethical.

ETCO's Executive President, Edson Vismona, assesses that the research shows a worrying scenario in relation to young people and that it should be used to motivate them to assume an increasingly firm ethical stance. “It is true that young people buy pirated products due to the price, but it is important to note that 72% know that failing to buy them would make Brazil more ethical. Half of these young ears are aware of attitudes that can positively influence society, such as participating in political activities and getting to know the parties better. It is enough to make them understand that the change in the whole part of the individual and that society only becomes truly ethical when everyone contributes to it ”.

The contradiction between the ideal, ethical world and the real, unethical world is intrinsic to the daily lives of young people, especially at this time when we face an acute crisis of representation and questions about the behavior of public people. Developing resistance to the temptations between right and wrong requires knowing the behavior of others. It is at this point that the research contributes to the awareness of the country's future managers ”, says Mauro Paulino, director of Datafolha.

“It is positive that the young person sees the teacher in this way because he is one of the closest adult examples and it is important that this professional conveys credibility and a strong sense of morals and ethics. The young person is in training and his behavior aims a lot at the closest people, so it is essential to have a good reference in the classroom ”, evaluates Vismona.

On the other hand, politicians are the most poorly rated class, with a score of 2,2, reflecting the erosion of image with accusations of corruption throughout the country. Not for nothing, one of the statements with the highest level of agreement (51%) is that Brazilian society would be more ethical if people personally participated in political activities.

In addition to the excellent evaluation of teachers and the finding that 21% of young people do not know what ethics is, another very relevant data pointed out by the research drew the attention of ETCO: for 87% of young people, talking about the topic with family members and friends would make Brazilian society become more ethical.

To foster this important discussion, ETCO developed an online platform (www.eticaparajovens.com.br) that will support teachers to start discussing the topic in the classroom. The tool was launched today, in an event held in partnership with the São Paulo State Department of Education, and is now available to teachers from all over the country.

Believing that teachers and young people can promote an ethical transformation in their surroundings and in Brazilian society, the website will present suggestions to activate the reflections and actions on ethics at school. It contains suggestions for activities for high school teachers to carry out in the classroom, as well as materials and links for further discussion. The content can be easily adapted for Elementary Education II.

The activities of the website will not seek to "teach" what is ethical and what is not ethical. They are intended to provoke young people's self-reflection on how they formulate their own ethical parameters and the reasons why their conduct is - or is not - in line with these parameters.

“Brazil is going through an unprecedented moment, with several cases of corruption being revealed and those responsible, being punished. It is possible that this is the beginning of an inflection point for ethics in Brazil. For this to happen, however, it will be necessary to question the ethical parameters of Brazilian society, including each one of us. Teachers will be important protagonists in this transformation process because they are seen as ethical professionals and because they influence millions of students across the country, ”says Vismona.