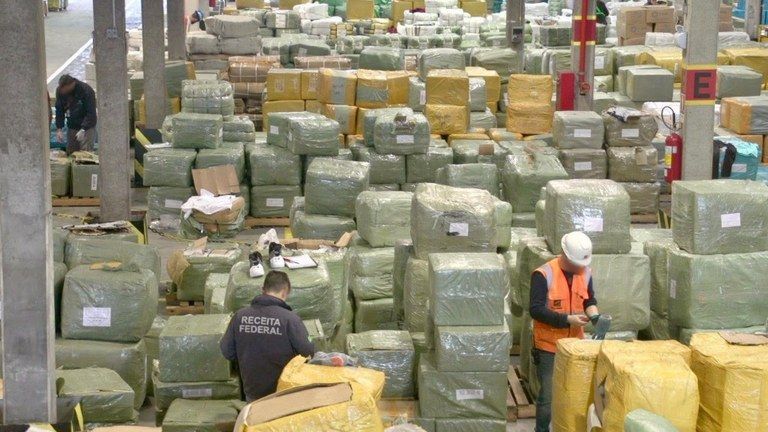 On Brazilian borders, organized crime is winning. It maintains vast networks of collaborators, organized and well-armed, to transport weapons and drugs to cigarettes and pesticides into the country. The profits obtained from the sales of clothing, perfumes and electronics help to finance, including the payment of tuition fees. Meanwhile, law enforcement is grappling with budget contingencies.

“Corruption is an economic problem, but also a social one, and is present due to working conditions, insecurity, lack of infrastructure, as well as misconduct by the corrupt agent”, says lawyer José Vicente Santos de Mendonça, professor of Law at the State University of Rio de Janeiro, where he coordinates the Economic Regulation Laboratory.

How to fight this vicious circle? Check out seven measures capable of reducing the force of smuggling and embezzlement. They work best if taken together, in order to tackle crime simultaneously on several fronts.

Satellites, sensors and radars are capable of identifying stolen vehicles used to transport contraband on the roads. Unmanned planes can attack aircraft and vessels used by criminals. Biometric reading at border posts reduces the risk of a suspect escaping because he used false documents. “The new technologies for controlling people and goods at borders and airports are an attempt to adapt to the current reality, in which people and goods are highly mobile”, says researcher Pinja Lehtonen, from the University of Tampere, Finland.

“On the other hand”, points out the researcher, “international criminal organizations have a huge amount of money and very intelligent people at their disposal, which indicates that technological solutions would only work until criminals found a way to circumvent them. ”, says she, who is developing her doctoral research on automated border control in the European Union.

In other words, just buying technology is not enough. The human factor, she says, is still very important. "Experienced officers can detect a suspect's nervousness with great ease."

“The revenue dedicated to the smuggling attack is not enough. In terms of infrastructure, organized crime wins,” says Luciano Barros, president of the Institute for Economic and Social Development of Borders (Idesf). Brazil has less than a thousand Federal Police agents operating along the entire border.

In all of Brazil, only 48 federal employees work in security, against 120 in the United States. The Armed Forces, which carry out frequent actions in the most strategic points of Brazilian borders, had to adapt the strategy after, between 2012 and 2017, the budget for discretionary spending fell by 44%. The focus is now on specific actions. These are large-scale operations that bring together dozens of different government agencies. But, at the end of the action, routine border surveillance is again flawed.

In order to prevent a suspect investigated by the Civil Police, for example, from passing through a Highway Police checkpoint without being arrested, the Ministry of Justice and Public Security is betting on the creation of the National Public Security Information System (Sinesp), a service that would bring together all available information nationwide about ongoing investigations and incident reports. But the system is still in the implementation phase.

Whether at border posts or camelódromos, criminals often rely on the support of agents who receive bribes to clear the way. “The data proves that the number of deviations and police corruption are significant”, says the study “Police corruption in debate: Diversion and impunity in police institutions in Rio de Janeiro”, authored by Andréa Ana do Nascimento, a researcher at the Pontifical Catholic University of Rio Grande do Sul (PUC-RS).

The study shows that, between 2009 and 2013, the number of complaints against the actions of the Military Police and the Civil Police in Rio de Janeiro increased, respectively, by 93,6% and 68,5%. Meanwhile, the total number of police officers punished has dropped from 21 in 2010 to 4 in 2013.

Criminals cross the border, but the consumer market for smuggled goods is in the biggest cities. This is what Edson Luiz Vismona recalls, president of the Brazilian Institute of Competition Ethics (ETCO) and of the National Forum Against Piracy and Illegality (FNCP). “It is essential to tackle illegal sales on the streets across Brazil. This trade in pirated products directly attacks the honest trader, who generates legal employment and pays taxes”.

For Vismona, actions to combat illegal trade, such as those recently carried out in São Paulo on the outskirts of Rua 25 de Março, are capable of attacking an important source of income for criminals. “Each time large loads of contraband are seized, the groups suffer a blow. Collecting these products is an effective way of hampering smugglers' actions, as it attacks their profits”, says Luciano Barros.

As Brazil reduced taxes on electronics products, the demand for pirated versions of these products decreases. On the other hand, by increasing taxes on cigarettes, the country encouraged consumption of versions from Paraguay. Reducing taxation, or convincing neighboring countries to increase their taxes in order to match them with the values ​​practiced in Brazil, is a way of attacking smuggling, by reducing the size of the consumer market for illegal products.

7. Improve life on the borders

Cities on the borders of Brazil with other countries are characterized by poor indicators of quality of life, education and the generation of formal jobs. Encouraging the entry of legal companies in these regions, capable of increasing income and leading young people to seek to improve their professional training, is an effective way of reducing the cheap labor available to criminal groups operating at the borders.

1st moment: Near the Paraná River ravine and the shores of Lake Itaipu, where the value available is the lowest, and there is a closer cooperation bond. This link is established between the smuggler and the public agent, and the value of corruption is pre-established, and is around R$ 100/day per public agent. In this case, the public agent remains indifferent to the situation, and a positive sum relationship is established, that is, everyone “wins” in the process.

2nd moment: The public agent, after an agreement with the smuggler, monitors the cargo up to the limit of its circumscription, thus preventing the cargo from being apprehended at inspection posts. For this scenario, the value is around R$1.000 to R$1.500.

3rd moment: It happens at the inspection posts, if the vehicle used to transport the cargo is stopped. In this case, there may or may not be a prior agreement, and the value of the transfer is around R$3.000 to R$10.000.

4th moment: The public entity forges the seizure, with the objective of providing the smuggler with the opportunity to negotiate for the release of cargo. In this context, there is the highest amount of corruption, which varies from R$ 15.000 to R$ 50.000, and can reach 50% of the value of the cargo, normally paid with the goods themselves.