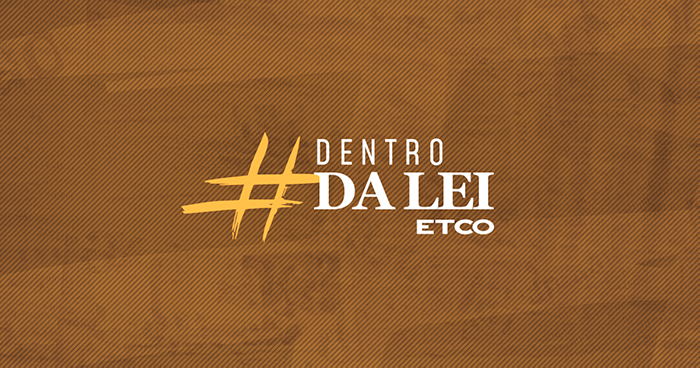 ETCO and the newspaper Gazeta do Povo, from Paraná, will have a partnership in 2019 to deepen the debate on combating the illegal market. Named #Dentro da Lei, the project started in May and continues until the end of the year, with forums, interviews, in-depth reports and other communication formats. It is “a national awareness and engagement campaign, which aims to promote the defense of national interests through the fight against all forms of illegality, such as corruption, smuggling, counterfeiting and other deviations”, as he explains your project manifest "#IN THE LAW".

The discussions are mediated by important names in journalism, such as Alexandre Garcia, Augusto Nunes and Guilherme Fiuza, and bring together public agents, security consultants, researchers, representatives of the productive sector and professionals from other areas related to the problem.

The #Dentro da Lei project is based on the research that ETCO supported in 2018 to identify the best solutions to tackle smuggling and other forms of illicit trade, which were summarized in the document "10 Measures Against the Illegal Market".

ETCO's executive president, Edson Vismona, has taken these events a global view of the damage that crimes such as smuggling, piracy, counterfeiting, product tampering and cargo theft cause to Brazilian society. They go beyond unfair competition, caused by the sale of these goods, with companies that operate within the law; from discouraging private investment; and the loss of revenue from public services.

Vismona has been warning about how these illicit practices are financing the expansion of organized crime, which uses the same routes and the logistics of smuggling, for example, to transport arms and drugs. They also use their financial power to corrupt public officials in order to facilitate their criminal activity.

“The activities of criminal organizations in the country have reached a dimension that no one else can ignore”, says the president of ETCO. "We are living in an increasingly evident moment of threat to the democratic rule of law, because organized crime is unaware of the existence of authority."

The choice of Gazeta do Povo has a strategic reason. Paraná, especially the Foz do Iguaçu region, is the main route for the entry of illegal products from Paraguay, and the newspaper has been covering the topic in a constant and specialized way for several years.

Paraguayan smuggling affects several sectors. The president of Fundação Abrinq (Brazilian Association of Toy Manufacturers), Synésio da Costa, draws attention to the risks that these products bring to the population's health. “The Chinese use recycled plastic to make toys, which is prohibited here. These toys have no finish, so they have sharp parts, in addition to paint with heavy metals, such as cadmium and lead, ”he says. Last year, smuggled toys were the second most seized item by Brazilian police forces.

Medicines are also among the most smuggled products - and the security concern is enormous. "Variations in temperature and humidity, depending on the therapy, can compromise the efficacy and safety of the product, putting the patient's life at risk", warns the Association of the Pharmaceutical Research Industry (Interfarma).

The clothing segment is also quite affected. "As it is a product of first necessity and having this gigantic trade, the textile market ends up offering a lot of illegal opportunities", explains the president of the Brazilian Association of the Textile and Clothing Industry (Abit), Fernando Pimentel.

According to him, the internet has become a new threat to the legal clothing market in the country. “Now, the smuggling of clothing overflows the issue of higher volume commerce and reaches online commerce. This type of commerce is very good, very convenient, but obviously, if there are more and more online transactions, which may not represent a large number individually, they will add up and this becomes a snowball ”, says Pimentel.

The most smuggled product by far is cigarettes. Last year, seizures in the country broke the historical record and reached an estimated value of R$ 1,4 billion – and everything indicates that the number will be surpassed in 2019. Data show that illegal cigarettes have been gaining ground every year. According to an annual survey by Ibope that assesses the consumption habits of smokers, in 2019 the illicit product came to dominate 57% of the market and evasion already exceeds the sector's tax collection.

Experts say that the main cause of the rise in cigarette smuggling is the difference in the tax burden in Brazil (71%, on average) and in Paraguay (18%). The general coordinator of Combat against Contraband and Embezzlement of the Federal Revenue, Arthur Cazella, says that the product represents 40% of the seizures. “It is the biggest elephant that we have in smuggling. And why is that? Because our cheapest national cigarette costs around R $ 5, their cigarette, around R $ 2,5 ”, compares.

He highlights a perverse aspect of this reality. “This cigarette has no control, no one knows what is inside it. And the population with the lowest income is the most affected, ”he says, recalling that taxes not collected end up being missed precisely by SUS, where the poorest end up treating the health problems associated with smoking.

In an interview with #Dentro da Lei, the tax attorney, former secretary of Federal Revenue and president of the ETCO Advisory Council, Everardo Maciel, defended a tax strategy to face the problem. “It is necessary to conceive a type of taxation that allows to face the price of Paraguayan cigarettes in Brazil on equal terms. And, of course, this without reducing the aggregate tax burden - that is, by redistributing the tax burden. Bearing in mind that the reduction of the aggregate tax burden is not advocated here, but a redistribution of the tax burden of cigarettes as a whole, so that one can therefore have a cigarette with a price compatible with what arrives from Paraguay ”, he explained. 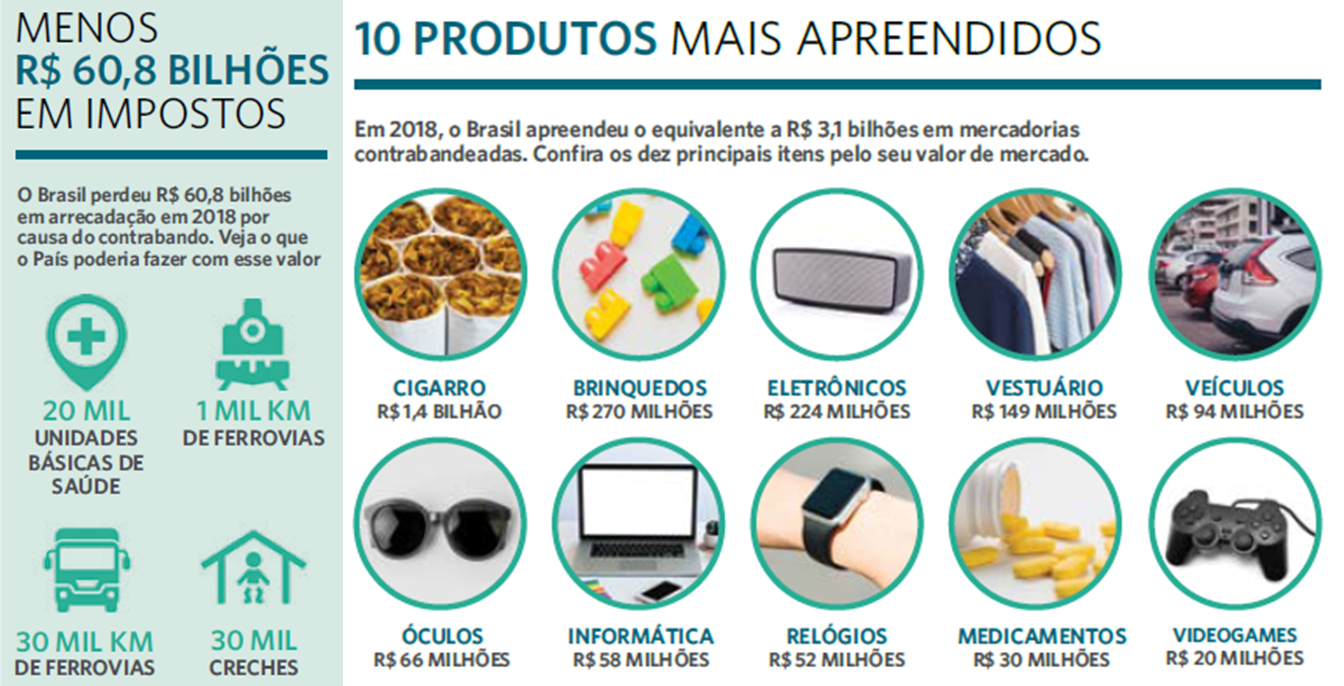 Also in an interview for the project, the executive president of ETCO praised the willingness of the Minister of Justice, Sergio Moro, to study the matter, together with his determination to reinforce the crackdown on smuggling, including investments in intelligence and integration of the organs involved in the fight. to crime. And he also underlined the need for campaigns to raise the population's awareness of the losses of complying with the illegal market. “You have to tell people, 'Look, you're financing the crime. This purchase is not innocent. You are damaging the whole society '. ”

In a forum promoted by the project, which brought together several authorities, federal deputy Efraim Morais Filho (DEM-PB), president of the Mixed Parliamentary Front to Combat Smuggling and Counterfeiting, also spoke about the need to raise awareness among Brazilians about the seriousness of problem. “The crime of smuggling, at first sight of the population, is a harmless, tolerable crime. But, by breaking this superficial shell, we identified a crime that is very harmful to the country. It deteriorates the formal job market, inhibits investments, finances organized crime, generates foreign exchange, loss of income and risks to health and integrity consumer ”, he summarized.

To learn more: The contents of the #Dentro da Lei project can be accessed on the website Specials Gazeta do Povo