The criminal structure in Brazil became sophisticated, with levels of governance and expanded its operations in the country and in Latin America 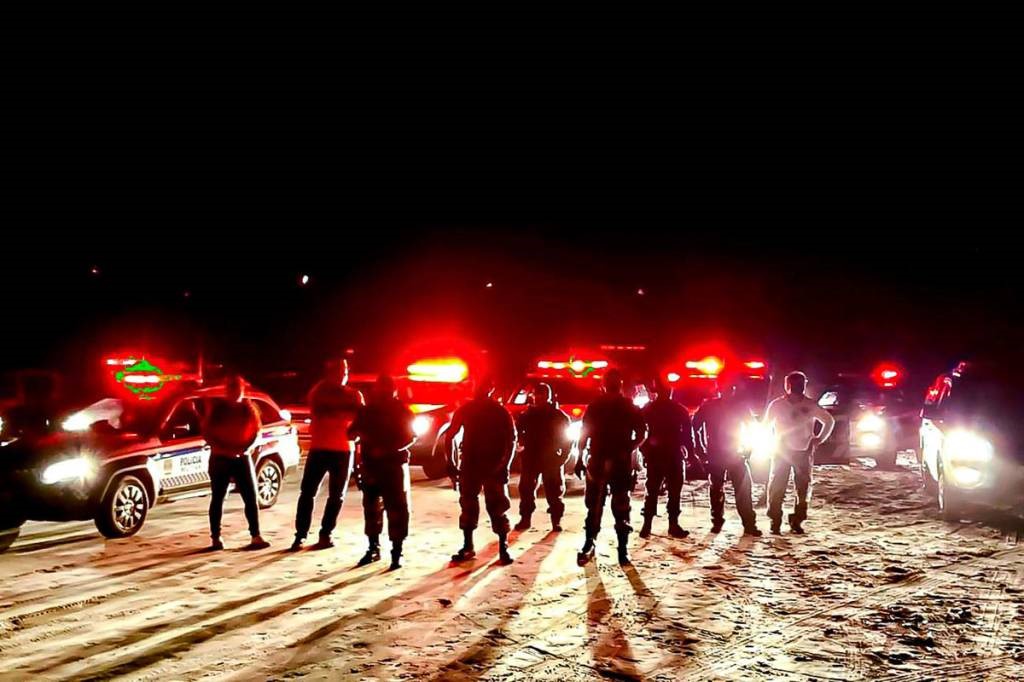 The performance of criminal organizations in our country is known throughout society and has been fought by the police and intelligence forces, the Public Ministry (federal and state), the Federal Revenue and the Judiciary.

Since the beginning of this century, however, we have seen not only growth in terms of presence on our borders (articulating smuggling, especially cigarettes and drug and arms trafficking) and in cities, but also as an expression of financial, logistical and in the use of heavy weapons, facing the State.

The criminal structure became sophisticated, with levels of governance, expanding its action in all regions of Brazil and advancing through South American countries, increasing its power and, according to the report of experts in the fight against organized crime, infiltrating the three powers of the Republic and influencing elections.

The tentacles are felt in cities besieged by what is called the “new cangaço” that promote the theft of banks, transport companies and create market reserve in communities selling cigarettes, stolen cargo, cable TV, real estate, structuring the traffic of drugs and weapons, distribution of fuel, gas and electricity. They occupy the space that should belong to the State.

We have already had unusual scenes of “salves” paralyzing the largest city in Brazil and articulating rebellions in prisons across all the states of the federation.

This reality demonstrates that we must invest more and better in its fight in a coordinated way, using information and intelligence, especially to target financial transactions and money laundering operations.

We advanced with the creation of GAECOS in the Public Ministry; Intelligence and Control Centers in the States; of the Secretariat for Integrated Operations and the Integrated Center for Border Operations in the Ministry of Justice and Security, Integrated Border Protection Program in the Institutional Security Office, but the strengthening of the COAF - Financial Activities Control Council was lacking.

Understanding the dimension of the problem should help identify the means to combat it. The entire existing state structure must be increasingly integrated and coordinated, using technology, crossing information and mapping crime areas, collecting data and, fundamentally, sharing them between institutions.

I had the opportunity to visit the National Center for the Coordination of Intellectual Property Rights in the United States (IPR Center) and witness a very interesting experience: a space that permanently brings together representatives from 25 US federal agencies and the Canadian and Mexican governments, assessing threats, defining actions and sharing information, this last point, in the view of the Americans and also because of what we have identified in Brazil, is the biggest challenge. Those who have the information resist sharing, creating serious obstacles to actions. In a speech, the US Secretary of Justice said that 11/XNUMX demonstrated how damaging the lack of inter-agency information exchange can be.

In Brazil, the Federal Court of Auditors presented, in 2018, a report evaluating the application of resources in the control of our borders and made important recommendations for those responsible for security: Development of integrated and coordinated work between agencies; promotion of coalitions; face differences, identify conflicts, map processes.

Internally, the promotion of these initiatives represents a great challenge, however, we must consider that we must face an even more complex challenge, to undertake this cooperative attitude between countries, which also suffer from the presence of criminal organizations operating in their territories, challenging the sovereignty and affronting public security. Argentina and Paraguay have already identified actions structured by branches of the most articulated Brazilian criminal faction. The Argentine authorities even point to links with Hezbollah, which has strengthened the logistics for international drug and arms trafficking.

The actions of criminals are increasingly bold. A sad example occurred recently with the murder of the Paraguayan prosecutor, Marcelo Pecci, who was active in the fight against organized crime, and, let us not forget, the murder of the Brazilian judge Antonio Machado Dias, who performed the function of inspector of prisons in the interior of São Paulo in 2003. These crimes and the constant threats suffered by prosecutors, judges and police fighting criminal factions in Brazil and Latin American countries attest to the urgent need for a more intense connection of police and intelligence forces between countries.

To combat transnational crime, it is imperative that there are permanent institutional actions that allow for interaction between governments, public ministries and the judiciary. Certainly, ideological disputes cannot prevent the strengthening of this Latin American public security defense strategy.