PLS 284/2017 provides criteria to detect and punish the figure of the debtor, but the project is stalled 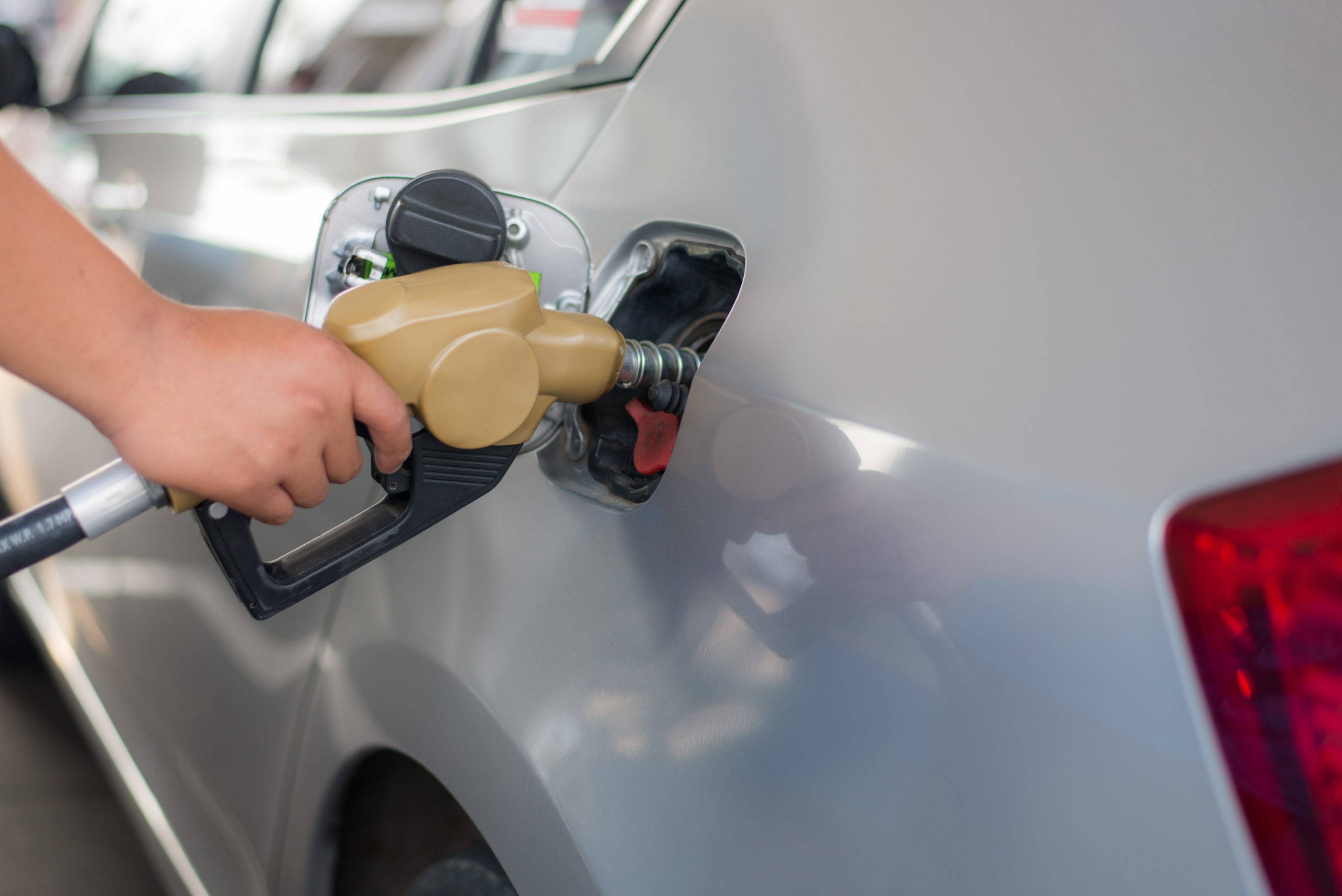 In the case of fuels, the final price of gasoline is up to R $ 0,90 per liter at stations that sell products derived from irregular chains. In ethanol, the variation reaches up to R $ 0,51, according to a study by the consulting firm Boston Consulting Group (BCG).

Brazilian law does not have a definition on what is a persistent debtor. Therefore, the fight against criminal tax evaders it always comes up against the ability to impose sanctions on those who adopt the practice systematically in order to have competitive advantages. The sectors in which there are more regular debtors - who purposely fail to pay taxes - are fuels, cigarettes and beverages, highly regulated by the State.

For specialists heard by the JOT, defining clearly what characterizes a persistent debtor is fundamental. “The regular debtor takes advantage of himself to hide behind a lot of legal questions,” says Guilherme Barranco, a partner at Barranco Sociedade de Advogados and a former adviser to Carf. "The less precise the criteria are, the more he can object in court to say that he is not a regular debtor."

PLS 284/2017 defines a persistent debtor as one who acts in the field of illicit acts, "he is a criminal, and not a businessman, who organizes himself in order not to pay taxes and thereby obtain a competitive advantage".

The executive president of the Brazilian Institute of Ethics in Competition (ETCO), Edson Vismona, considers PLS 284/2017 to be the best project to combat the persistent debtor. “It brings the difference between what is a debtor and a possible debtor and gives legal certainty for the use of the term 'debtor',” he explains. “Legal certainty is fundamental and the law is exactly in that sense. The bill is ready, but stopped, that's the problem ”.

The most recent opinion, of 2018, made by the ex-senator Ricardo Ferraço (PSDB-ES), establishes measures to combat the debtor contumazado in the federal, state and municipal spheres. As examples of possible sanctions against offenders, the opinion cites: suspension or cancellation of tax registration; loss of registration for operation; interdiction of the establishment; application of special inspection and collection regimes. Currently, the project rapporteur is Senator Rodrigo Pacheco (DEM-MG).

“The law is a good step, because today the environment is without definitions, cloudy. And everything that is foggy in this high tax environment these regular debtors use for their benefit ”, highlights Luciano Godoy, partner at LUC Advogados, arbitrator and lawyer specialized in litigation.

Another bill, PL 1646/2019, which has a smaller amplitude in relation to the Senate text. “1646 is being called a debtor's project. But there are four articles that talk about the debtor and the rest of the project talks about the modernization of the collection of the active debt of the Union ”, says the tax lawyer Guilherme Barranco.

The bill defines a frequent debtor as “one whose performance goes beyond the limits of default and is located in the field of illegality, with serious damage to the whole society”. The text also establishes that the “substantial and repeated” default of taxes will be configured when it is found that there are debts of an amount equal to or greater than R $ 15 million for one year, on behalf of the debtor himself or of a member of the economic or family group. . “In the tax sphere, especially with larger companies, it is very easy to have debts above R $ 15 million”, points out Barranco.

Last year, the plenary of the Federal Supreme Court, by seven votes to three, defined the thesis that the taxpayer who fails to collect the ICMS commits a crime as long as there is fraud. On that occasion, the Court judged the RHC 163.334 filed by clothing store owners in Santa Catarina denounced for not collecting ICMS between 2008 and 2010.

The established thesis was that “the taxpayer who consistently and with the intent of appropriation fails to collect the ICMS charged to the buyer of goods or services is subject to the penal type of Article 2, item II of Law 8137/1990”. This law defines crimes against the tax order. The aforementioned item says that it is a crime "to fail to collect, within the legal term, value of tax or social contribution, discounted or charged, as a taxable person of obligation and that should collect public coffers".

The head of the Legal Department of the Federation of Industries of the State of São Paulo (Fiesp), Hélcio Honda, warns that caution is needed in the definition of a debtor. “The figure of the stubborn debtor is pernicious, but she must have a cautious definition. You need to have another element besides default, ”he says. “And what is the other element? It is the willful figure of not paying the tax, the desire to harm the market. The subjective question of deceit is very important ”.

How a frequent debtor acts

The debtor often uses the slowness to have debts executed and the possibility of questioning tax collections to save time and obtain high rates of return. "The company establishes itself and is already structured to not pay tax, because it will have an illegal competitive advantage, a very high profit margin and will inhibit fair competition", says Edson Vismona, ETCO's CEO. "It is what happens in the most charged sectors, fuel, cigarettes, beverages."

The lawyer Luciano Godoy also explains that these products are more difficult to be inspected: “They [the regular debtors] go for products that are fast to consume. Cigarette and fuel, for example, you used it and there is no trace of the crime. Nobody is going to be a regular debtor, for example, making a refrigerator and a television ”.

With installments of taxes and questioning of collections, a company is able to operate smoothly for up to five years. “An installment discussion can take three, four years. In court, it will depend. There are thesis discussions that can take up to four or five years ”, says Gustavo Amaral, partner responsible for the tax area at Paulo Cesar Pinheiro Carneiro Advogados Associados. "And this is not necessarily linear, because an installment program may appear and break this sequence."

Special content: The fight against the persistent tax debtor

In the fuel sector, the figure of the heavy debtor is concentrated on the sale of ethanol, which has divided taxation on refining and distribution, which facilitates fraud.

"The beginning of all this is front companies, with the discourse of a good Christian, telling the ANP that they are starting with minimal capital ”, explains Carlo Faccio, director of Instituto Combustível Legal. “In parallel, they begin to make sales with interstate transactions and to accumulate debts. Except that until the [State's] Treasury identifies the non-payment, there is a delay of two to three years. ”

After that period, when the debtor is characterized as a regular debtor, the Finance departments are unable to exercise the right to collect from companies, which usually do not have equity and are registered with minimum capital.

This happens a lot with distributors, who depend on little capital to operate. "The debt is not charged, so everything that the company failed to collect over time becomes a profit to the detriment of the tax authorities and competitors," says lawyer Gustavo Amaral.

To continue in the activity, other companies are opened to do the same, only with a new name and registration. “There comes a time when the IRS takes action, suspends activity. But he [contumazante debtor] has, in parallel, created another CNPJ, and simply jumps from a company that he is going to abandon, moves on to another and follows his business ”, explains Edson Vismona, from ETCO.

The negative effects of the frequent debtor are contracted by the State, which earns less, and by the market in the sector in question.

“The effect on competition is a disruption of what would be the natural competition in that market,” says Eduardo Frade, partner at VMCA and former superintendent of Cade. "It generates a disincentive to the entry of new competitors, in addition to a series of exits, with a greater concentration of the market", he says. "There is also an adverse selection effect, an effect in which the agents who act against the rules are rewarded and those who act according to the rules are punished."

In the case of fuels, the final price of gasoline is up to R $ 0,90 per liter at stations that sell products derived from irregular chains. In ethanol, the variation reaches up to R $ 0,51, according to a study by the consulting firm Boston Consulting Group (BCG).

Article published on 31/08/2020 on the Jota Portal, in the Jota Discute session, which has the support of ETCO.