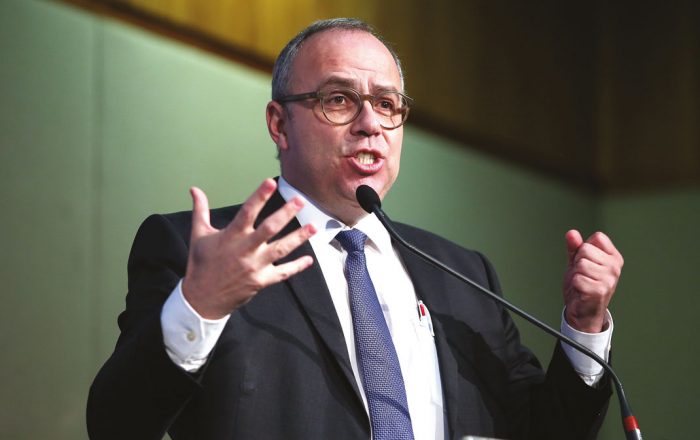 Full professor of Tax Law at the University of São Paulo Humberto Ávila is one of the greatest Brazilian scholars on the subject of tax security. With an academic trajectory that includes doctorate and postdoctoral studies in Germany and postdoctoral studies at Harvard, in the United States, he is the author of the book Theory of Legal Security, with 744 pages, a “true treatise on the subject”, in the words of the chairman of the ETCO Advisory Board, Everardo Maciel.

In a lecture at the Taxation and Legal Security seminar, Ávila addressed three aspects that she considers essential for tax legal security. "There is security only when the law is understandable, stable and predictable," he said, attributing these factors to the relationship with time.

Understanding concerns the present: "The right to be followed must be at least well understood".

Stability, with the passage from the past to the present. “The taxpayer who trusts the law yesterday cannot be betrayed by the law today. For this reason, the right protects the acquired right, the perfect legal act, the res judicata, the protection of trust, the consolidated situations, the preclusions, prescriptions and decadences ”, he exemplified.

Predictability refers to the transition from the present to the future. "The taxpayer, when he acts, needs to minimally predict what are the consequences that will fall in the future on the acts he practices in the present," he said.

Didacticism of the courts

Then, he pointed out the main problems that exist today in Brazil in these three dimensions. He criticized the practice, common in the country, of not looking for the precise meaning of words and thus allowing for very elastic possibilities of interpretation. "There is no country in the world that is developed and in which words have no meaning," he warned.

Citing a recent decision by the United States Supreme Court, which instructed the courts of that country to declare laws that were badly formulated by Congress instead of trying to correct them, argued that a large part of the problems of legal insecurity seen in Brazil today are due to the lack of determination of the Judiciary to demand more quality in Legislative decisions.

“Do you know why in Brazil the legislation is bad? Because the Federal Supreme Court does not declare the laws unconstitutional because they are bad, ”he said. “We have to recover the didactic role of the courts and start declaring the unconstitutionality of rules that are contradictory, that are too vague, too ambiguous. Because the taxpayer has to guide himself or his behavior based on some direction. ”

Ávila condemned the practice of federated entities of instituting or increasing taxes through regulations, not laws, as required by the Constitution. He also criticized changes in orientation in jurisprudence that produce retroactive effects, violating taxpayers' rights.

At the end of the lecture, in conversation with Everardo Maciel, he drew attention to the risk that the country is taking with the institution of modulating the effects of judicial decisions to protect the state's finances. According to Ávila, this instrument encourages the State to disregard the Constitution, which ends up benefiting financially from unconstitutional laws. “The right has many effects, one of which is to define what is right and what is wrong. Now, if right is equal to wrong, I wonder what kind of citizenship there will be in Brazil and what kind of exercise of public power there will be in Brazil ”, he pondered.