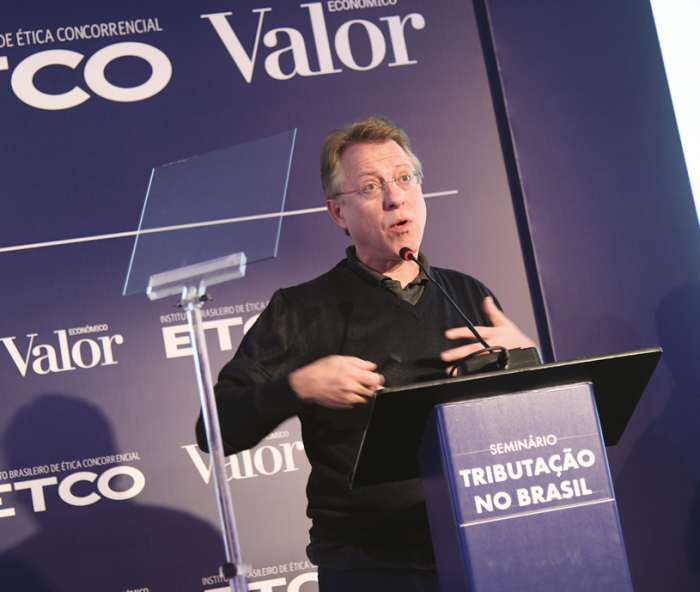 In his lecture at the Taxation in Brazil seminar, economist Marcos Lisboa criticized the current tax system and some proposals that are being suggested for tax reform. It is worth remembering that he accumulates relevant trajectories in the academic environment (Ph.D. in economics from the University of Pennsylvania, he was a professor at FGV and an assistant professor at Stanford University), in the government (he was secretary of Economic Policy at the Ministry of Finance in 2003 2005) and in the private sector (current president of Insper, was vice-president of Itaú and president of the Brazilian Reinsurance Institute).

Lisbon rejects, for example, the practice of stimulating companies, sectors or regions of the country through tax incentives, recommending the way of public spending. It condemns to vary the level of taxation according to the type of product so as not to distort relative prices. Disapproves the return of the tax on financial transactions. And he says that the high level of conflicts between the tax authorities and companies is preventing investments. The economist also spoke about taxing profit sharing, reducing corporate taxes and adopting VAT.

Following are excerpts from the lecture:

Spending instead of incentive

“Everything you do via tax incentives, you can do via public spending. There is no reason to encourage a sector, a production, a factory through tax incentives. It has no transparency, it does not pass through Assemblies or Congress and creates distortions between sectors. Do you want to give a benefit to a sector, to a company, do you bet on the project? Great. Taxation has to be the same for all sectors, so collect the funds and, via the Assembly or Congress, make an allocation to support project A, B or C. And that has transparency, has control of society. ”

“There is vast international evidence in the applied literature with data that shows that public policy via spending is much more effective than via taxation. Now, you can't do the math as some areas do: "I received so much public subsidy and I generated so much employment". Accounting for public policy evaluation has to take into account the opportunity cost of the policy. By resolving to support the Manaus Free Trade Zone, we are failing to spend R $ 28 billion in another area. It is useless to say: ´The Free Zone generated X jobs´. I could have given you a lot more jobs otherwise. ”

Do not distort relative prices

“Taxation should not distort relative prices. Every time you distort relative price in relation to the effective cost of production you make the country poorer. If, for example, CPMF returns, the tax on financial transactions - and high, as it is proposed -, it is better, instead of buying from suppliers in some cases, to produce the parts internally, because I do not pay the tax, even that is less economically efficient. That is, tax distortions benefit the inefficient. ”

Misallocation of resources and poverty

“Taxation should not distort relative prices. This reduces the productivity of the economy, it leads to allocative inefficiency. When we analyze business census data between rich and poor countries, between 30% and 60% of the productivity gap comes from misallocation of resources. It is capital and labor employed in inefficient companies. This is one of the main factors why poor countries are poor. ”

The losses from the CPMF return

“An article just came out this year in the Journal of International Money and Finance, by researcher Felipe Restrepo, about countries in Latin America that have adopted taxes such as the CPMF and the impacts it has caused: increased demand for currency - of course, the less. make financial transactions, better, you pay less tax -, reduced credit supply, less industry growth. So much so that countries have been abandoning the CPMF. Australia, which is the only developed country I know of that used it, abandoned it a long time ago. There is only one country left that has a high CPMF rate, only one: Venezuela. ”

“Our litigation, according to a study comparing the tax litigation of seventeen countries, carried out in 2014, only in the Federal Revenue and CARF, without taking into account the ICMS, is 12% of GDP. The index is sixty times the median value of seventeen countries. And this is having an impact on investment, private decisions. ”

“Our tax litigation is dysfunctional. The governance of the tax regime is not good. The IRS does the standard, interprets, assess, the auditors have a casting vote in CARF. Something is not working well given the size of the litigation, given the conflicts between revenue and taxpayers, given the country's backwardness. ”

“Good tax practice and good tax theory for better functioning of the economy is to tax at the destination where the goods are finally sold. Brazil has a tax on the origin and we know the consequences - the fiscal war is one of them. But it is worse than that, because it has consequences on the allocation of assets. You put the factory where it shouldn't be. That capital ends up going to a region where it is less productive. ”

“In the world, the corporate income tax is being reduced. It's going to 19%, 20%. You tax the company much less and tax the distribution of results. What is the problem with Brazil not being in agreement with the world? Our companies are unable to go international. ”

“If I want to do tax justice, I have to tax personal income. If I confuse the individual with the size of the company, I commit immense injustices in society. ”

Pros and cons of VAT

“In VAT, which is the most common indirect tax in the world, you tax the income generated. Basically, it is a tax on wages, interest, rent, on the income generated, on what was created from wealth, which is what good taxation commands. You tax the creation of wealth, you do not tax what has not generated wealth. But the difficulty, we know, is to induce tax evasion. ”