Are you doing your part? 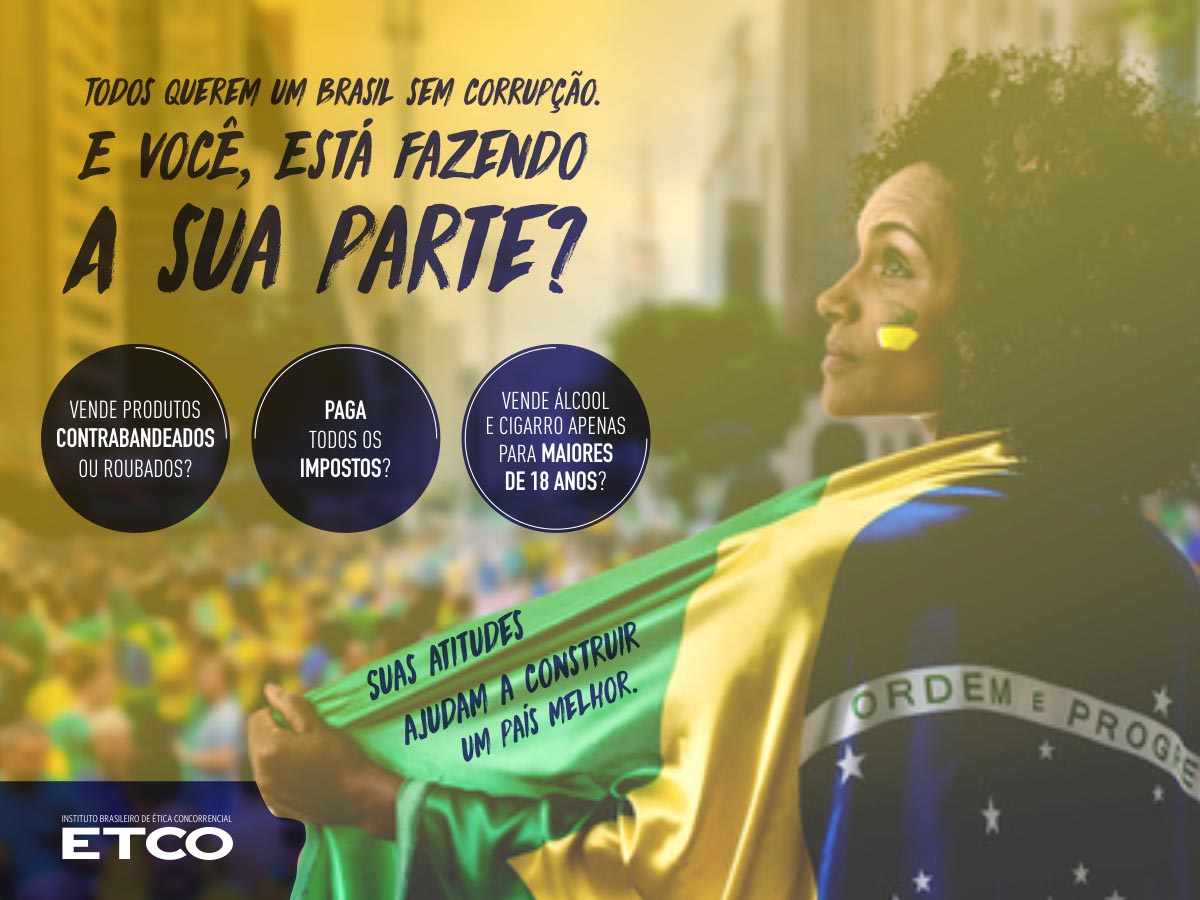 In times of intense discussions on ethics in politics, the Brazilian Institute for Competition Ethics (ETCO) runs a campaign to raise awareness among market, bakery and bar owners about the importance of everyone doing their part to have a country without corruption. The campaign started in the cities of Guarapuava (PR) and Franca (SP). Approximately 2 merchants will be impacted by the campaign that warns about three themes: sale of smuggled or stolen products, payment of taxes and trade in alcohol and cigarettes for children under 18. ETCO takes advantage of the contact with retailers to also publicize the campaign of the Comptroller General of the Union (CGU) “Say no to small corruptions”, which addresses various illegal or unethical attitudes, such as stealing cable TV, skipping lines and buying counterfeit products.

To have an idea of ​​the size of the problem, in the first quarter of the year, the illegal cigarette market reached 57% of the total in the interior of São Paulo, a growth of 15 percentage points over the same period last year, and exceeding the average national rate of 45%. In 2017, the smuggling of this product caused a leak of R $ 1,2 billion in the collection of the State of São Paulo, with 15,1 billion units of illegal cigarettes circulating freely in the market. In Paraná, the loss was R $ 293 million in the collection, with 3,3 billion units of contraband cigarettes circulating freely in the market.

Despite the authorities' efforts to combat this crime, 48% of cigarettes sold in Brazil are illegal (according to Ibope) and come from Paraguay.