Driven by the crisis, the informal market corresponds to 16,3% of GDP and is higher than the GDP of the North, Northeast and Center-oste regions 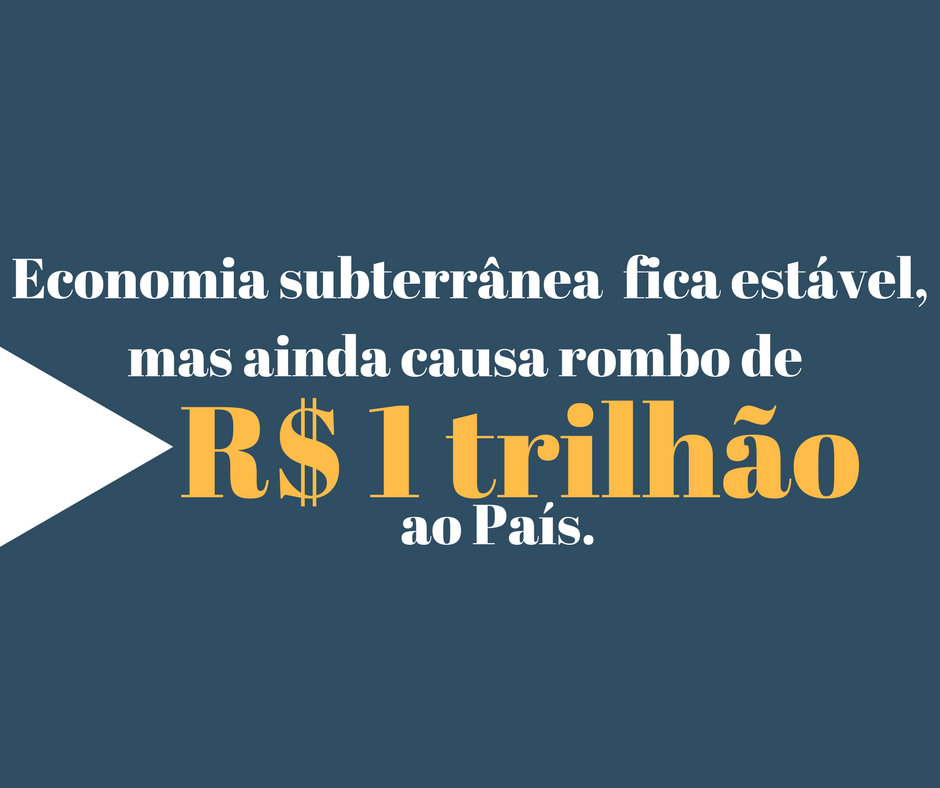 The underground economy continued in 2016 the growth seen in 2015 and exceeded the Gross Domestic Product (GDP) of three of the five regions of the country, according to the Underground Economy Index (IES), a study carried out in partnership by the Brazilian Institute of Ethics Competition (ETCO) and the Brazilian Institute of Economics of Fundação Getulio Vargas (FGV / IBRE). The main reason for the trend reversal, after 11 years of decline, is the Brazilian economic crisis, which had a major impact on formal employment.

According to the ETCO and FGV / IBRE study, in 2016, the informal market generated R $ 983 billion, corresponding to 16,3% of Brazilian GDP. It was an increase of 0,1 percentage point, but confirms the growth trend seen in the previous survey.

The underground economy is the production of goods and services not reported to the government deliberately, with the objective of evading taxes, evading social security contributions, circumventing compliance with labor laws and regulations and avoiding costs resulting from observing the rules applicable to each activity .

In comparison with the economic performance of the five regions of the country, the underground economy has a higher percentage of GDP than that of the North (5,8%), Northeast (12,3%) and Central-West (9,5%) %). With the current 16,3%, the ETCO and FGV / IBRE indicator is also very close to the GDP of the South Region, which in the 2013 IBGE survey accounted for 16,9% of the gross domestic product.

ETCO Executive President Edson Vismona says that combating informality must be a constant effort on the part of the authorities and society itself. “The informal economy has an impact on the whole of society, insofar as there is no payment of taxes. All investments are compromised and, in addition, an environment conducive to transgression and crime is created. ”

FGV / IBRE researcher Fernando de Holanda Barbosa Filho, responsible for the study, explains that the duration of the macroeconomic crisis leads the informal economy to continue growing. “The economic crisis interrupted the process of formalizing the Brazilian economy, reduced the number of companies, formal jobs and reduced the payment of taxes. The deep crisis that affects the entire economy has caused an increase in informality even with the mechanisms that stimulated the further formalization of the economy still in force. ” For the researcher, the resumption of growth should provide a return to the downward trend of the index. However, until that happens, the shadow economy must grow.