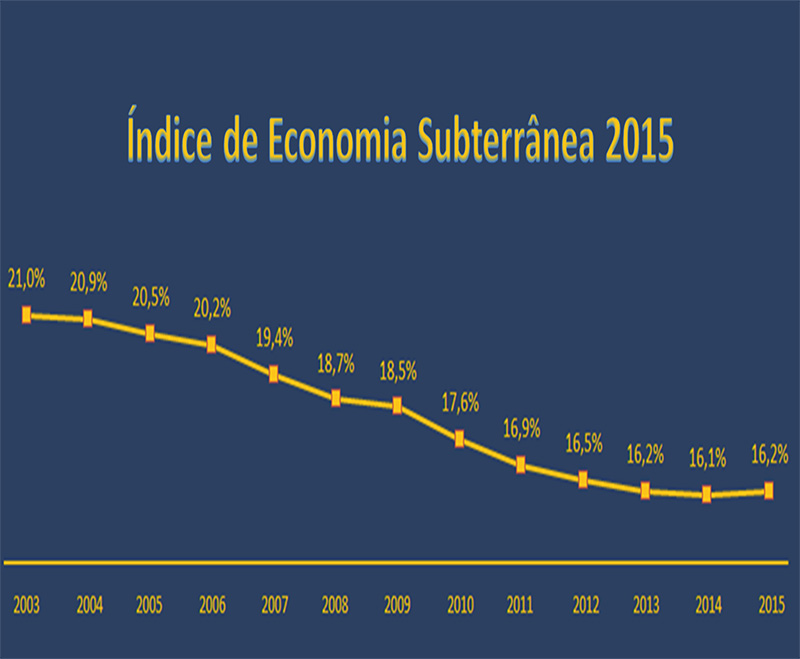 The underground economy is the production of goods and services deliberately not reported to the government, with the objective of evading taxes and evading Social Security contributions, laws, labor regulations and other norms that cause costs.

Failure to comply with laws and regulations, in addition to harming consumers, allows companies that use this expedient to continue operating. Companies that respect the law, on the other hand, suffer unfair competition, as they have competitors that do not bear all costs.

The increase in informality, although reduced, breaks the sequence of falls in this part of the activity that operates outside the law, and should be a cyclical event. The set of policies adopted that contributed to the recent reduction of the underground economy are still in operation and should return to the downward trend as soon as the crisis eases.

The reduction in the underground economy over the past few years (equivalent to 21% of Brazilian GDP in 2003) was the result of a set of measures that made the formalized activity more attractive. We observed a strong expansion of the credit market and a gradual increase in the average schooling of the population. The expansion of credit stimulated the formalization of both companies and workers. Formalizing the company and employment is, in most cases, an essential condition for accessing the credit market. The expansion of formal education raises wages, the bargaining power of workers and increases their chances of getting formal employment.

There was also the adoption of measures that sought to simplify compliance with legal norms and reduce their costs, such as the creation of Simples, Simples Nacional and Individual Microentrepreneur (MEI).

The reduction of the underground economy is important for the country. Informality brings direct damage to society, creates an environment of transgression, stimulates opportunistic economic behavior, with a drop in the quality of investment and a reduction in the growth potential of the Brazilian economy. The road is long, much has been achieved, but we still have a lot to do.