Interview with Delcio Sandi, Chairman of the Board of Directors of ETCO.

Delcio Sandi, chairman of ETCO's Board of Directors, since March 2021, speaks in an exclusive interview for the website about the importance of ETCO for improving the business environment, which ETCO actions have taken in its 19 years of existence and which projects would you like to see being carried out by the Institute in the future. 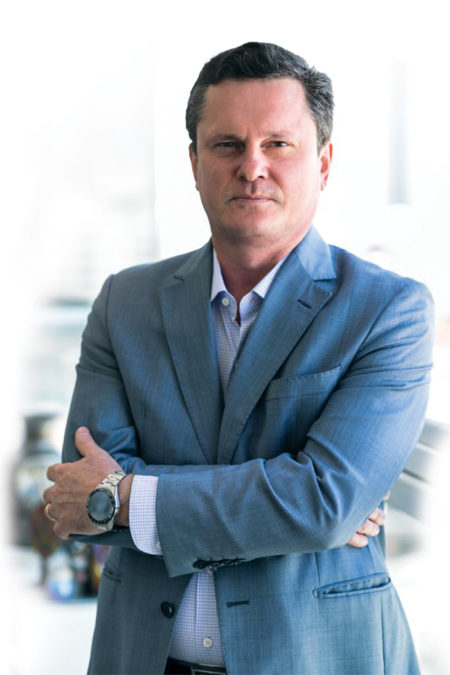 What is the importance of competitive ethics for the country?

Competition ethics sheds light and differentiates between legal activities from those that are illegal or undesirable and plays a fundamental role in combating unfair competition. The lack of ethics implies delays in the economic and social development of a nation. It is no coincidence that companies and businesses around the world have been working hard to redefine their performance, adapting to sustainability, social impact and governance agendas, guided by ethical principles. And, as a result of consistent ethical performance, it is expected that market forces will drive the state towards transparency in the management of public accounts, in the application of resources in effective policies for the economic and social development of the country, providing legal certainty. to attract private investment. Obviously, this is a daily struggle, with advances and setbacks, but absolutely necessary if we really want to improve the country's business environment, making it fairer and more competitive.

How do you see the role of ETCO in your 19 years of activity in the defense of competition ethics?

It is very important to highlight ETCO's pioneering spirit in bringing to the public debate, since 2003, the role of business ethics as an instrument capable of improving the business environment. Dealing with issues such as tax evasion, informality, smuggling, counterfeiting and other illicit practices have been a constant throughout these 19 years of ETCO's existence. Whether through awareness campaigns, studies and analyzes that provided diagnoses and proposals to correct misconduct, ETCO has played a fundamental role in building a fairer business environment.

Knowing that ETCO, through the hard work of its counselors Hamilton Dias de Sousa and Everardo Maciel, contributed to the insertion of article 146 A in the Federal Constitution, which opens the way for the establishment of special taxation criteria, thus preventing taxes from being an instrument competition, is a source of pride and inspiration for our future steps. Other concrete actions such as support for the introduction of Electronic Invoices, the implementation of flow meters in the soft drink and beer industry, which caused a vertiginous drop in informality in these sectors, are practical examples of how civil society can contribute, in partnership with the public power, for the reduction of illicit market practices.

What would you like to see ETCO doing even more in the future?

ETCO becomes more and more necessary as any society always needs to evolve ethical issues. Discussing them is essential. In this sense, I would like projects such as Ethics for young people, which inspires young people to enter the debate on what is ethical or not in individual or collective behavior, to take more shape or be replicated throughout society.

I also believe that it is essential to expand studies and proposals that promote justice and tax readjustment, by guaranteeing the rights of good taxpayers, effectively punishing bad payers and simplifying the tax system.

One of the institute's main banners has been the fight against the illegal market. In addition to smoking, this practice has grown in other sectors. What immediate solutions do you believe would help change this scenario?

There is no simple solution to this very serious problem that affects not only companies that operate lawfully, but also public coffers and especially the population that ends up being impacted by the strengthening of organized crime. Joint actions by the Executive, Legislative, Judiciary and Civil Society are necessary. The solutions go through adequate investments in public security, which result in the effective inspection of our territory, including borders and mainly in the dismantling of criminal organizations; in the approval of stricter laws, both criminal and tax; in reviewing and improving our tax system; and in the awareness and education of society, which needs to understand that by buying pirated, counterfeit or smuggled products, it is reducing the possibility of increasing formal jobs and feeding organized crime.

At this moment, for example, we are mobilized in the approval of PLS ​​284/2017, which typifies the persistent tax debtor, the one that transforms the non-payment of taxes into price reduction, profit expansion and damage to public coffers.

But solutions may be different for each affected sector and this needs to be discussed at granularity.

In a delicate moment like this, still recovering from the pandemic, experiencing a serious economic crisis, just a few months away from a majority election, how can ETCO contribute to a gradual recovery in the coming years?

Brazil needs in a macro way, at least to discuss fundamental projects for the resumption of growth and recovery from the fiscal and economic crisis: administrative reform and tax reform. Within the scope of tax reform, ETCO defends that any proposal under discussion should have as basic guidelines, simplification and non-increase in the tax burden. Furthermore, that constitutional principles are followed that guarantee the legal certainty of these reforms.

In the coming months, we will publish a comprehensive study on the rights of Brazilian taxpayers, with a survey of constitutional and infra-constitutional legislation, in addition to a benchmark of three other countries on the subject. The study should support us in developing proposals to improve this legislation.

For almost two decades, ETCO has defended the banners of ethics and legality, placing itself as a partner of civil and public institutions and we intend to continue playing this role, contributing to the improvement of our business environment.