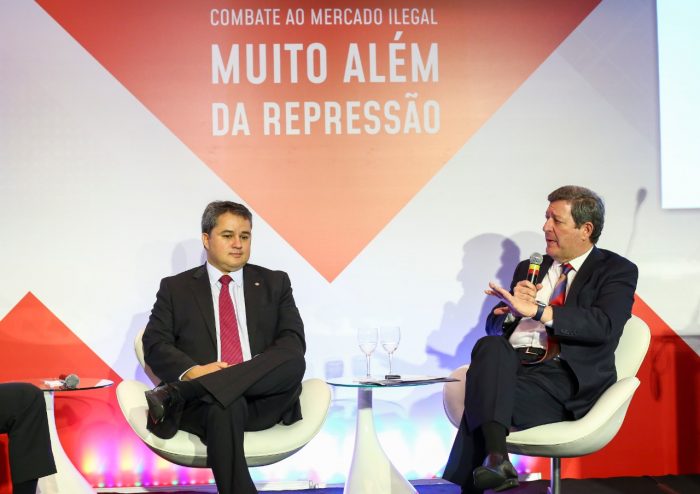 The Brazilian Institute of Competition Ethics (ETCO) today held a seminar to discuss measures such as the review of taxation formats, bilateral relations with neighboring countries, among other fronts, to combat illegality.

For Edson Vismona, president of ETCO, the equation is simple: high profit and low risk. “A good initiative to tackle the problem on the demand side was the creation of the Ministry of Justice Working Group to assess the possibility of a review of the tax system in the cigarette sector, the most affected by illegality, with 57% of the Brazilian market dominated by organized crime ”.

Luciano Timm, president of the National Council to Combat Piracy (CNCP), stressed that this Working Group indicated that the topic needs to be further investigated. “The Ministry of Justice listened to other government bodies to support the view on the subject. There is a need to collect more economic studies to check whether taxation results in an increase in cigarette smuggling, ”he said.

Adriano Furtado, director general of the Federal Highway Police, said that “we have been acting in the inspection through integration with other agencies so that smuggling is less and less attractive to organized crime. "

João Francisco Ribeiro de Oliveira, general director of Operations for the Federal Highway Police said that “smuggling, especially of cigarettes, directly finances criminal organizations. To combat this crime, the integration and sharing of intelligence between different government agencies is essential ”.

Efraim Filho, federal deputy (DEM-PB) and president of the Mixed Parliamentary Front to Combat Smuggling and Counterfeiting said that “the biggest challenge is to change culture, and to change culture is to change man. Society cannot be tolerant of selling contraband products. This ends up inhibiting the activity of companies from different sectors, many of which are already rethinking their operations and investments in the country. Loses the job market, government and society. It is a game of lose and lose, in which only the offender wins ”.

The event also included Alan Dias, delegate of the Federal Police Chief of Police Crimes Repression and Bruno Paes Manso, author of the book A Guerra - The rise of the PCC ”.