Study shows 10 measures to combat the illegal market in Brazil 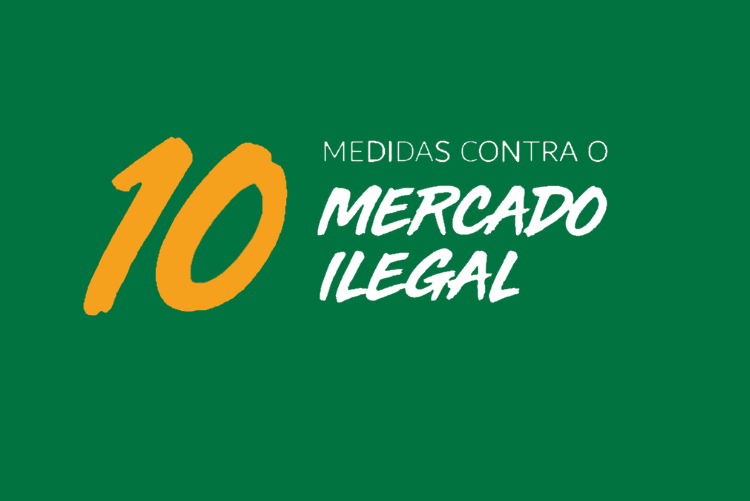 On Tuesday (4/9) in Brasilia the study “Illegal market in Brazil: diagnosis and solutions ”. Developed by the Center for the Study of Economic and Social Law (Cedes), the research is a mapping of the main structural and economic failures in which the illegal market is sustained in the country, in addition to analyzing the tools already available in the country to combat it and the proposals that are under discussion in the Legislative.

Based on the research, a list was prepared with 10 priority measures to combat the illegal Brazilian market, available on the website www.dezmedidascontroilegal.com.br.

"We started the research in the first half of this year, with a diagnosis of the facts and data about the illegal market and the tools already available in the country to combat it, in addition to the proposals that are under discussion in the Legislative," explains Luciano Godoy.

For academic purposes, a case study was carried out on cigarette smuggling, as it is on top of the learned illegal products. According to Federal Revenue figures, in 2017, 221 million smuggled bundles were seized, equivalent to almost half (R $ 1,08 billion) of the total value of irregular items collected in the country.

According to Godoy, the research carried out in the research addresses four main vectors: the practical difficulties regarding the instruments to combat the illegal market; preliminary projects, bills of law and normative acts already presented; the position of national courts on the punishment of the offense and administrative sanctions against companies and traders who benefit from this problem; and new concrete proposals for optimizing available resources and creating new tools to combat smuggling.

“The study is a first meeting and analysis of the various tools already available, which may indicate a way to consolidate them and create a specific legal framework for this problem. But before that, it is necessary to improve the tactical measures ”, says Godoy.

Among the measures that are under discussion in the Legislative and that could represent advances in the fight against the illegal market, the CEDES study highlights the prohibition of driving for drivers who are caught in the practice of the crimes in question, and also a specific treatment for persistent debtors, that is, those companies that systematically circumvent the tax authorities and continue to operate.

The study points out ways that, if adopted by the public authorities, can contribute to drastically reduce illegality in Brazil. Among the actions suggested in the document are the creation of an integrated system of intelligence agencies to inspect land borders and map possible routes for the disposal of products from the illegal market; cooperation between law enforcement agencies in different countries affected by illegality and tax regulation in the sectors most affected by smuggling in the country.

See below the list of ten measures to combat the illegal market, or access the full material at: www.dezmedidascontroilegal.com.br.