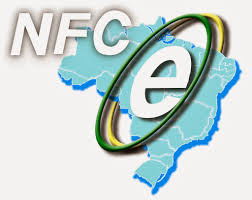 2014 was not the year in which the electronic invoice for consumers (NFC-e) reached the general public for good, but it has already registered considerable numbers of growth, reaching the mark of 100 million banknotes issued and 15 thousand accredited merchants.

The information is from Newton Oller, national leader of the NFC-e initiative, which was officially implemented in March 2014 and already reaches 15 states of the Federation. The mandatory calendar starts to apply in 2016 and will be established by each state.

Of the 27 federated units, only Santa Catarina has not yet chosen to implement the project. Companies from 15 states of the 26 that joined already issue the document: Acre, Amazonas, Sergipe, Maranhão, Rio Grande do Norte, Mato Grosso, Rio Grande do Sul, Pará, Paraíba, Rondônia, Roraima, Piauí, Paraná, Bahia and Rio de January.

However, most of these states still operate on an experimental basis, with few establishments using the novelty. The most advanced states in the process are Amazonas, Mato Grosso and Rio Grande do Sul.