Slice of the informal economy in Brazilian GDP grows in 2016, says study 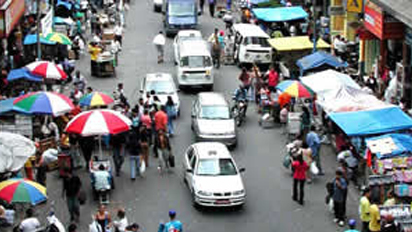 The participation of the informal market in the Brazilian economy grew again in 2016, reflecting the economic crisis in the country, which has affected formal employment, according to a survey released on Monday.

Comparatively, the participation of the informal economy in GDP exceeds that of the Northeast (12,3%), Midwest (9,5%) and North (5,8%) regions.

According to FGV / IBRE researcher, Fernando de Holanda Barbosa Filho, responsible for the study, the informal market is also affected by the crisis, but, as it manages to dampen a little more than the formal market, it has increased its relative weight in the economy .

"The crisis disturbs everyone," Barbosa Filho told Reuters, adding that this worsening should stop when the economic crisis in the country passes.

For now, however, the signs are not optimistic. The IBGE announced last week that Brazilian GDP shrank 0,8 percent in the third quarter compared to the previous three months, in the seventh quarter followed by contraction and with the biggest retraction in the year on this basis of comparison.

In the same vein, the Ministry of Labor's General Register of Employed and Unemployed (Caged) showed that 751.816 formal vacancies were closed in Brazil in the first ten months of the year, in the adjusted series.