Patching won't do any good 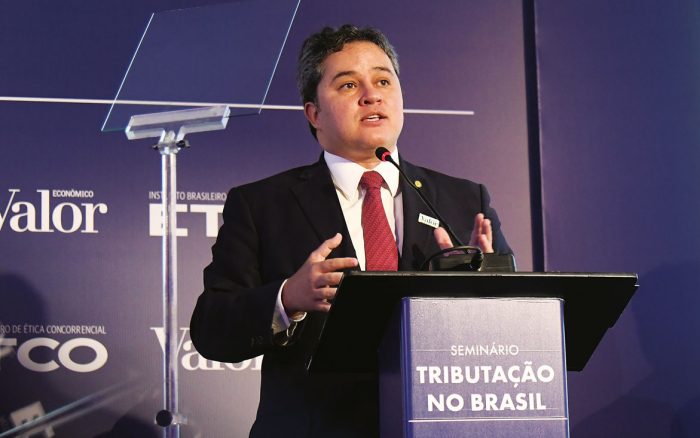 Federal deputy Efraim Filho (DEM-PB) is confident in the progress of tax reform in the National Congress. He bases his optimism on the leading role that the Chamber of Deputies has taken in relation to the pension reform, which he hopes to see repeated in the tax agenda, and in the maturing of the issue with society.

Efraim addressed the matter in the lecture that ended the seminar on Taxation in Brazil, promoted in partnership with ETCO and the newspaper Valor Econômico. In his assessment, the problems of the Brazilian tax system are already well diagnosed and it is necessary to “now go on to therapy”.

The deputy said he believes that the backbone of the reform will be PEC 45/2019, prepared by the Center for Tax Citizenship (CCIF), under the coordination of economist Bernard Appy and presented by deputy Baleia Rossi (PMDB-SP). He estimates that the report of the Special Tax Reform Commission, which is part of it, must be presented to the Chamber by the end of October.

Efraim recognizes that the topic is difficult, involves many interests and raises complex issues from an economic and legal point of view. But it advocates a profound change, rather than more specific and infraconstitutional changes. "Making a patch will not do any good, because a patch on rotten fabric tears," he compared.

The deputy also criticized the vision of privileging the State's tax collection interests, in discussions on tax rules and inspection, neglecting the private initiative. "The productive sector today is seen with a presumption of guilt," he said. "It needs to be valued." Efraim, who chairs the Mixed Parliamentary Front to Combat Smuggling and Counterfeiting, also spoke about the importance of the country facing the illegal market that reduces tax revenues, causes unfair competition and puts the population's health at risk.

Check out some excerpts from the lecture:

“The role that Congress assumed in the pension reform will also be reflected in the discussion of tax reform. President Rodrigo Maia, today a great believer in the stability of this country - within Congress, in the relationship between powers, in dialogue with foreign investors -, has called to Congress and to himself the responsibility to move forward in tax reform. ”

“As soon as President Rodrigo Maia takes responsibility and asks his main leaders to subscribe to Bernardo Appy's proposal, brought by Deputy Baleia Rossi, who heads the PMDB, it becomes the backbone of this debate . This is feeling, not information. ”

Think outside the box

“For me, we still see many things being thought, to use the very modern expression, 'inside the box'. You have to look from the outside, you have to try to conceive something new. Patching won't do any good, because a patch on rotten fabric tears. Patching rotten fabric will generate a new hole. It is necessary to have the concept of trying to make a proposal that is new possible. ”

“It is necessary to prioritize those who produce in Brazil. Whoever produces in Brazil can no longer be the villain of history. He needs to be seen as a hero. Hero of the resistance. The productive sector today is seen with a presumption of guilt. ”

“For some time now, Brazil has only been thinking about the rule to make life easier for the State. It's wrong. The rules today are to facilitate collection. They are not to make the taxpayer's life easier, nor for simplification, nor for him to be able to maintain his business without having to evade. ”

“The cigarette sector, for example, how to admit that the illegal market occupies practically 60% of the market? You stop collecting taxes, you stop generating jobs, it's a lose-lose game. ”

“Smuggling, counterfeiting, piracy, the illegal market, everything is extremely harmful to society, and the worst thing is that our society, which is tolerant of small deviations, even feels sorry for the smuggler, because the first image that comes is that of the DVD, CD seller. ”

“When you break the superficial shell and go to the heart of the crime of smuggling, it is there who finances organized crime, drug trafficking, generates currency evasion, loss of revenue, deteriorates the formal labor market, creates health and integrity risks consumer. ”