Informality advances, but at a slower pace

Falling interest rates, the slow recovery of formal employment and activity are beginning to contain the more rapid growth of the informal economy. 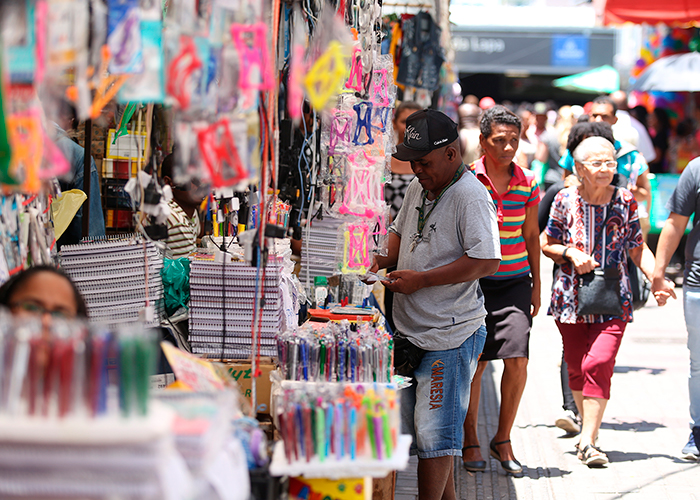 Falling interest rates, the slow recovery of formal employment and activity are beginning to contain the more rapid growth of the informal economy. Despite being on the margins of legality and the payment of taxes, the informal economy has played an important role in guaranteeing some income for the large mass of unemployed people that exist today in the country. In 2019, the informal economy advanced for the fifth consecutive year, but in slower pace than the previous one. In 12 months until June, the informal economy generated the equivalent of 17,3% of the country's Gross Domestic Product (GDP). It is still a very significant portion of the economy, the largest in the last eight years and corresponding to R $ 1,2, XNUMX trillion. However, this year there is the first sign of a slowdown. This is what the Underground Economy Index (IES) points out, calculated by the Brazilian Institute of Economics (Ibre) of the Getúlio Vargas Foundation (FGV) in partnership with the Brazilian Institute of Competition Ethics (ETCO). In the criterion used by FGV, the underground economy includes the production of goods and services not declared to the government to evade taxes and contributions in order to reduce costs.

The Shadow Economy Index is calculated from two groups of indicators. One is informal work. The other is the population's demand for cash, which generally grows when informality increases, as this is a way of circumventing the tax authorities. In the last year, the underground economy advanced 0,1 percentage point, a rate lower than that registered between 2017 and 2018, which had been 0,4 point, observes Paulo Peruchetti, FGV economist, responsible for the indicator. "Although the indicator is advancing, the pace is slower than in previous years and it seems that there is a reversal", says the economist.

One factor that explains, according to Peruchetti, the lower growth rate of the underground economy is the fall in interest rates. Last week, the base rate dropped to the historic low of 4,5% per year. As a result, the demand for formal credit increases and the demand for cash decreases in the economy. On the other hand, the informality of work, which is the other half of the shadow economy indicator, remains high. In the quarter ended in October, there were 11,9 million workers without a formal contract and 24,4 million self-employed, according to the Brazilian Institute of Geography and Statistics (IBGE). Both brands are record-breaking. "There are two forces acting in opposite directions: the fall in interest rates helps to contain the underground economy, only that the informality of work is still acting very strongly, so there is growth, but at a slower pace", explains the economist. Another factor that helps to reduce informality is improving the economy. In the third quarter, the economy grew 0,6% over the immediately previous period, surpassing expectations and provoking an upward revision of projections for this year: from 1% to 1,2%. Today, says ETCO's executive president, Edson Luiz Vismona, we are identifying the return to growth of the formal economy. “And the movement is a seesaw: when the formal economy goes up, the informal goes down.” Therefore, he believes that, if the economy continues in a more sustainable growth process, the expectation is that informality will fall in the coming years. Obstacles In addition to short-term factors, there are structural obstacles that make it difficult for the informal economy to retreat. Vismona points out that there are sectors that maintain business structures to operate illegally because in this way they achieve “a brutal profit”. "They are persistent debtors of taxes," he says. The chaotic tax system also keeps small entrepreneurs out of business. Another obstacle that hinders the retreat from informality is the structural change in employment. A study by the Institute of Applied Economic Research says that the advancement of informal work may also be associated with the “application economy”. The study shows that informality grows mainly in self-employment related to applications.

The information is from the newspaper O Estado de S. Paulo.