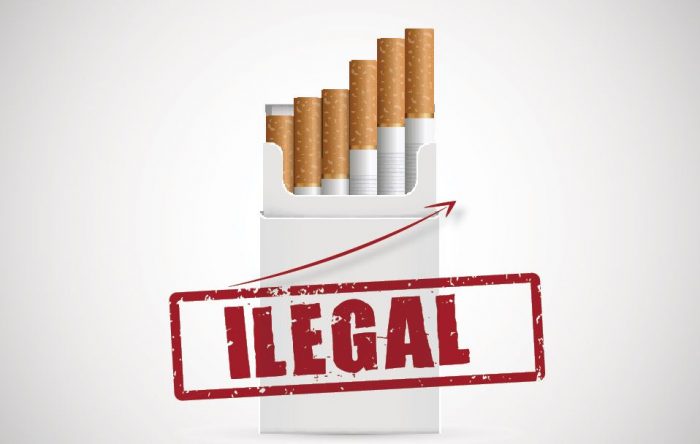 A survey by Ibope Inteligência revealed that the illegal cigarette market continues to gain space in Brazil, driven by the lower price compared to the legal product. The consequence is an increase in consumption and a reduction in tax collection. The study also showed that illegal brands already occupy five of the top ten positions in the best-selling ranking, including leadership. Smuggling from Paraguay is the main source of the product sold illegally in the Brazilian market.

The quantitative survey, of national scope, was carried out with smokers aged 18 to 64 years living in municipalities with more than 20 thousand inhabitants, of all social classes, totaling 8.428 people, from January to April this year. According to the study, in the last year, 110,7 billion cigarettes were consumed in the country, an increase of 3% in relation to 2018. This number reflects the advance of the illegal product, which grew so much in absolute numbers (from 57,8, 63,4 billion to 54 billion units) and market share (from 57% to XNUMX%).

The illegal market consists of smuggling (49%) and cigarettes made in Brazil in a clandestine manner (8%). In the same period, consumption of legal cigarettes fell from 48,4 billion to 47,3 billion units. 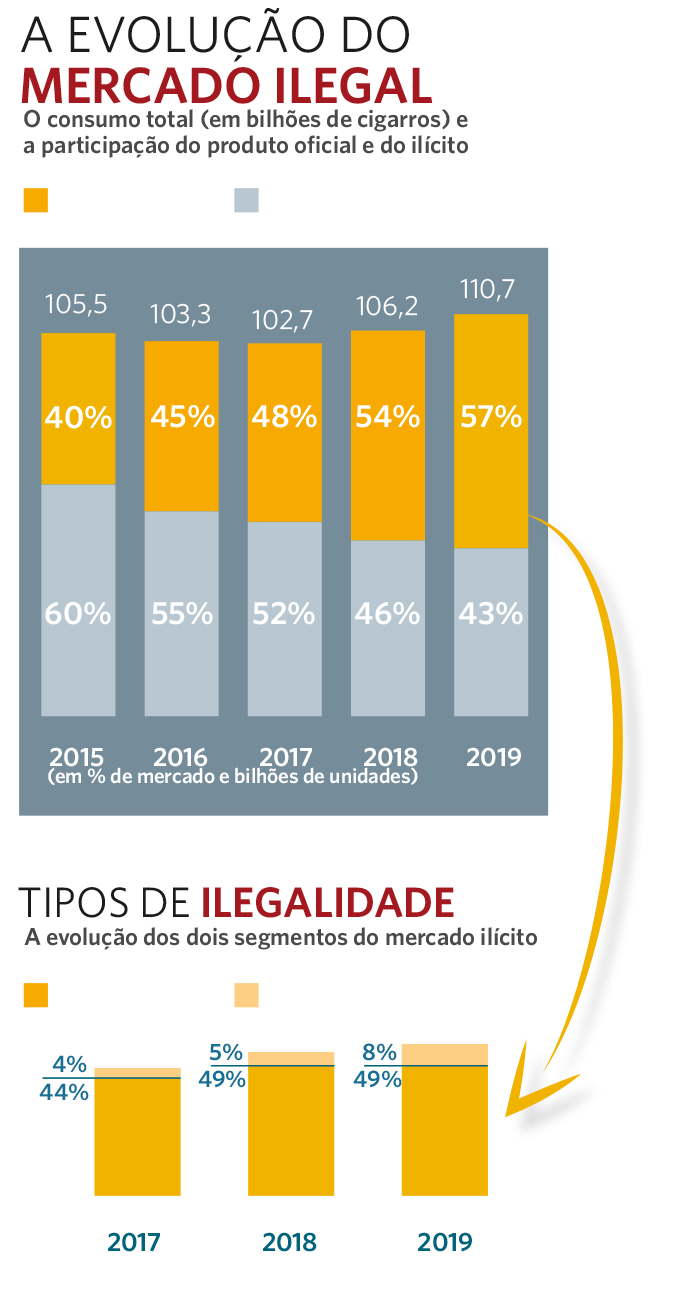 Ibope conducts this survey annually since 2014. In the first edition, the illicit product held 40% of the market, an index that has been growing every year. Based on the trend curve verified in the historical series, the institute estimates that, if no concrete measures are taken to change this situation, illegal cigarettes will reach 62% of the market in 2020.

In addition to not undergoing health surveillance, exposing smokers to unknown risks, the smuggled product causes enormous damage to public coffers. Calculation based on the Ibope survey shows that, this year, tax evasion will reach R $ 12,2 billion, above the sector's tax collection, estimated at R $ 11,8 billion. In order to have an idea of ​​what this value represents, it would be possible to create 21 thousand Basic Health Units, 5,9 thousand Emergency Units or 8,6 thousand daycare centers. 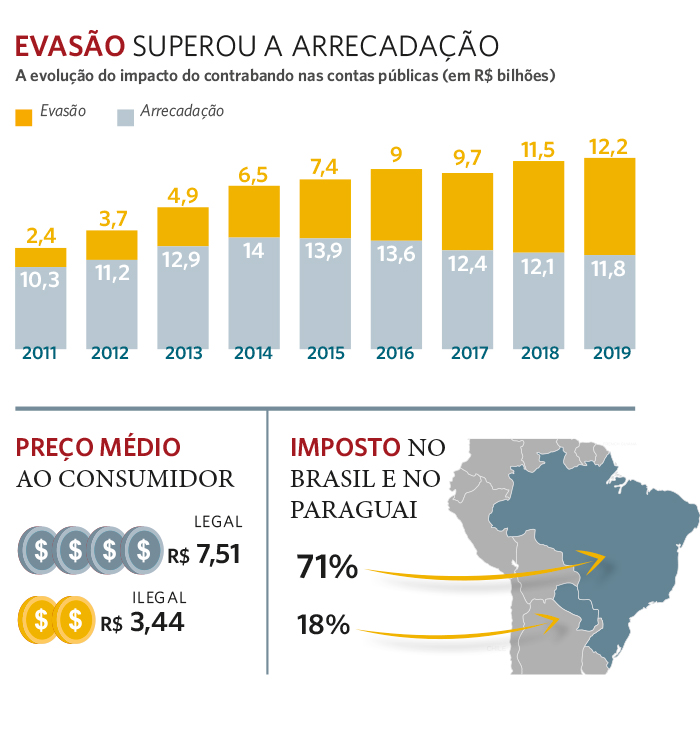 The study also follows the evolution of the price of illegal cigarettes, which costs, on average, R $ 3,44, which represents less than half the value of legal cigarettes. The reason lies in the difference between the tax burden of cigarettes in Paraguay, 18%, and in Brazil, 71%, on average. In addition, contraband violates the minimum price required by Brazilian law, of R $ 5 per pack.

With these illicit advantages, Paraguayan brands continue to increase their participation in the national market. This is the case of Eight, the most sold in Brazil, which today dominates 16% of consumption. A year ago, it had 15%. Both this and the Gift brands (3rd in the ranking) and San Marino (6th) are manufactured by Tabacalera del Este, which belongs to the former president of Paraguay Horacio Cartes. The list of smuggled products also includes Classic (8th) and Fox (9th). Together, these five brands account for 37% of the Brazilian market. The five best positioned Brazilians hold 31%.

The current president of Paraguay, Mario Adbo Benítez, who replaced Cartes in August 2018, tried this year to raise the product tax to 40%, but was defeated in the Senate by 28 votes to 13. ETCO's executive president, Edson Vismona, regretted the decision. “Paraguay acts in a conflicting way when it comes to combating cigarette smuggling. On the one hand, the government of President Benítez indicates that it may come to ratify the Protocol for the Elimination of the Illicit Trade in Tobacco, an important instrument for combating cigarette smuggling worldwide. But, on the other hand, the parliament refuses to adopt one of the main premises of the document, the increase in taxes on the product ”, he said.

Illicit cigarette market is impacted by the rise of the dollar

The Ibope/Ipec survey, released by ETCO, showed a drop of 8 percentage points in the share of illegal cigarettes in the Brazilian market. The survey also registered the migration of consumers from illegal cigarettes to legalized brands.