“The tax authorities cannot collect even 1% of the active debt”

Professor Heleno Torres, from USP, says that litigation does not interest anyone and suggests measures to prevent it 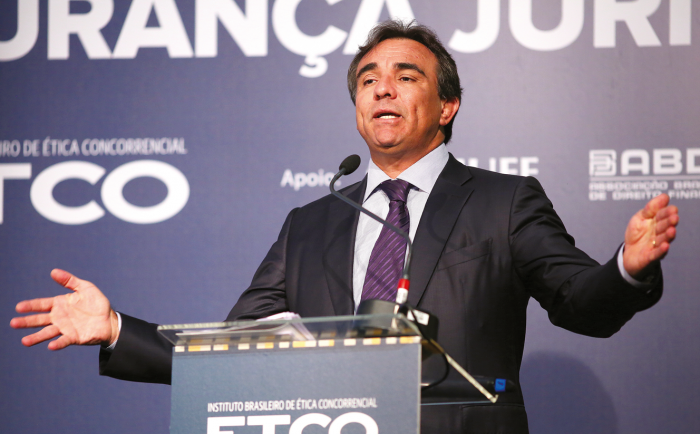 The head professor of the Department of Economic, Financial and Tax Law at the Faculty of Law of the University of São Paulo (USP), Heleno Torres, spoke in his lecture on the conflicts between taxpayers and the tax authorities, the administrative and judicial process and tax reform . He regretted that the projects under discussion are too focused on the creation of the value added tax, without paying due attention to issues related to legal certainty. In his opinion, Brazil needs a system that brings more predictability to economic activity, allowing “people to know exactly what are the taxes they must pay and what are the obligations they must fulfill in relation to the taxes that are due and, at the same time, at the same time, constitute a state of security, a state of normality, where the business environment can favor new investments and the breadth of business expansion in Brazil ”.

He argued that changing the current system respects five principles:

The tax attorney told the case of a client who, after being warned twice by the inspection that his business should be classified as a financial institution, decided to change his corporate name to fit into this category. During this process, he was surprised by CARF's decision against the change, claiming that the company did not meet the requirements of a financial institution. "The tax system cannot lead taxpayers to such a contradiction," he warned. “These contradictions aggravate the business environment, heavily aggravate taxpayers with the sum of fines, interest, charges, lawyers' payments and so many other repercussions and, in fact, this is not what is expected from a tax system with legal certainty. "

Heleno highlighted the urgency of a reform of the consultation system to make it effective in resolving taxpayers' doubts and reducing conflicts. “We need to reformulate the consultation system very urgently, to take advantage of this opportunity so that, from the moment of the presentation of the notice of infraction, or even the launch, there is the possibility for the taxpayer to start his challenge, so that this is speedy, to the extent where the market also needs quick tax decisions, ”he said.

He talked about the need for greater uniformity of understanding in the judgment of tax lawsuits, to avoid that equal cases have different results in different instances. And he recalled that the current situation is also of no interest to the State, which does not receive tax debts, nor to society. “There is not a single state, a single municipality in the country where the active debt has a collection higher than 1% of the accumulated volume. In other words, the conflict does not matter to the tax authorities, ”he said. “The tax that does not enter the public coffers spontaneously is missing from the public budget. And, when there is a lack of two in the public budget: either we have tax increases or we have contingencies until that revenue enters the public accounts and that budget can meet these expenses. Either way, society loses. ”

At the end of the lecture, in a brief conversation with tax attorney Everardo Maciel, the event's coordinator, he answered a question about the integration of the administrative and judicial stages of tax processes. "If this is to simplify, to reduce litigation, it is urgent that we simplify the processes in this universe so complex that it is the administrative and judicial litigation", he concluded.