The challenges of taxing the digital economy

Gustavo Brigagão, president of the Brazilian Association of Financial Law, recommends paying attention to the taxation of the future, but he believes that Brazil needs to step back and adopt VAT 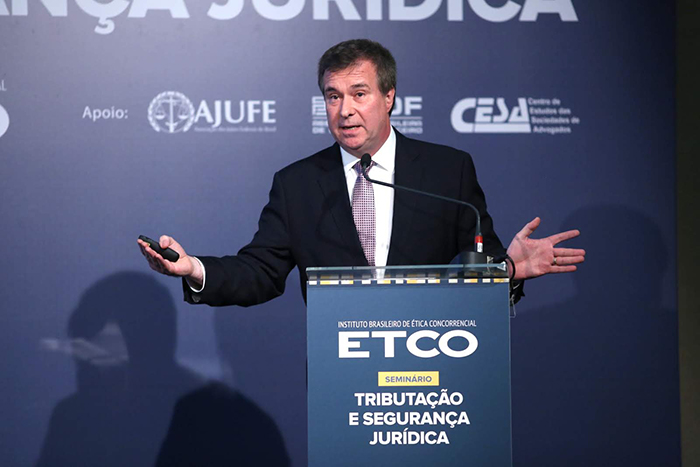 The lawyer, professor of law and president of the Brazilian Association of Financial Law (ABDF), Gustavo Brigagão, spoke about the past and future of taxation. He outlined a brief historical overview of the choices made by Brazil in tax matters and the reflexes they produced in terms of legal uncertainty. He then addressed the new challenges facing the world in the field of taxation.

"Our tax system dates back to 1965, when the world was completely different," he recalled. “The goods were tangible goods that circulated between industry, wholesale and retail, until they reached consumption. The service was the result of human activity, necessarily. ”

At that time, according to him, while most countries were moving towards a national value-added tax, Brazil chose to create separate taxes for each federative entity - IPI, federal; ICM, then ICMS, for states; and the ISS, municipal. In Brigagão's assessment, this choice created many of the legal problems that would arise in the following decades, as the economy became more complex and the federal units began to dispute the right to tax the new activities that came into existence.

He cited several conflicts and their coming and going through the courts, such as the distinction between goods and services, the characterization of the place where the services are provided and the definition of inputs. Then, he presented a long list of new challenges that countries are facing due to the globalization and technological revolution of the last decades. “These new technologies have made the tax system, not only the Brazilian one, but the international tax system, chaotic”, he commented.

According to him, innovations such as e-commerce, cloud computing, internet of things, 3D printing, software subscription, streaming services, rental of properties by application, sale of consumer data, digital advertising and cryptocurrency have brought a series of tax challenges that still do not find satisfactory answers anywhere in the world. “Today, the merchandise can be sold via email. And printing is done at the consumer's home. In other words, the chain that existed for the circulation of goods becomes a chain of values, ”he said.

To scale the size of these businesses, he recalled that the five technology giants that make up the acronym GAFAM (Google, Amazon, Facebook, Apple and Microsoft) had a turnover of US $ 767 billion in 2017. “This is equivalent to the GDP of Switzerland”, he compared.

Brigagão highlighted three specific characteristics of these businesses that impose great difficulty on their taxation: not needing a physical presence in the country where the service is provided; have most of its value concentrated in intangible assets; and generate revenue from the user himself. “Providing data from these participants creates value that makes these companies worth billions. Whether through the use they make of this data, or through advertising, the level of audience that the marketing of these companies can reach ”, he explained.

He gave an account of the initiatives being studied or proposed by organizations such as the OECD, the G20 and the European Council and others recently adopted by countries like France, Spain and the United Kingdom to tax these new businesses. But he stressed that they still do not point in a clear direction on the best way to tax these companies.

Brigagão also spoke about the difficulties that global companies have in understanding the Brazilian system and made an assessment of the tax reform proposals under discussion in the country today. He defended the adoption of VAT to solve some of the main problems of the current model, such as yours complexity and cumulativeness, and recalled that it is adopted by 165 of the 193 countries in the world. But he considered the way it is proposed in PEC 45 to be inadequate and possibly unconstitutional.

At the end of the lecture, tax attorney Everardo Maciel, coordinator of the seminar, reinforced the points brought by Brigagão about the challenges that countries face to tax the technology giants. However, he presented a point of view contrary to the adoption of VAT, considering it a tribute from the past, while recognizing the problems of the current system. "We are discussing the 1949 solution for the XNUMXst century," he noted.

Brigagão agreed with the obsolescence of VAT, but reinforced his criticism of the cumulative nature of national taxation and returned to defend its adoption to solve problems that affect the development of Brazil. ”I would very much like to be able to tell foreign investors that we have a form of taxation that is compatible with what they know. And today I can't say that ”, he lamented.