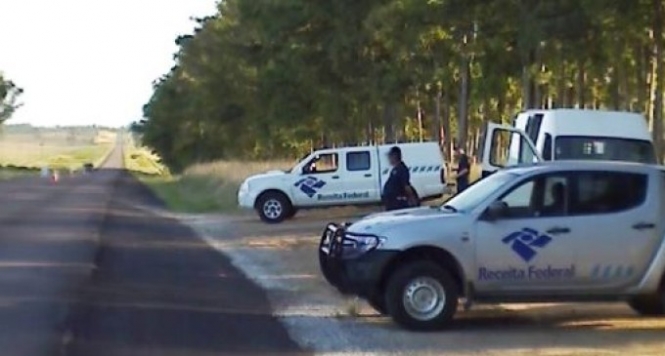 Among them are violence, tax evasion and poor access to basic services. Murder rate is more than double the national average.

Smuggling at the borders is an old, well-known problem, which is renewed without the Brazilian authorities being able to control it. A recent study by the Institute for Economic and Social Development of Borders (Idesf) highlights the signs of violence, tax evasion and low quality of life left by illegal activity. In border cities most affected by criminal practice, homicide rates are more than double the national average.

Located on the border with Paraguay, Coronel Sapucaia, Mato Grosso do Sul, is one of the main smuggling routes. The homicide rate per 100 thousand inhabitants (95,84) is more than three times the national average (29,5). Four of the six cities most affected by criminal practice are in the state. The second most violent is Guaíra, in Paraná, with an average of 68,34 homicides.

“Border cities are badly affected. Along with smuggling comes violence, organized crime, clashes between factions. And this has a direct impact on public security, not only at the border, but throughout the country, ”says Edson Vismona, director of the National Forum Against Piracy (FNCP). “Rio de Janeiro is the flagrant example. Everything is connected. Police actions need to be integrated because it is not an isolated phenomenon. Weapons, drugs and ammunition circulate throughout the country. The volume of resources from smuggling finances criminal organizations, ”says Vismona.

From January to September this year, the inspection of the foreign trade area of ​​the Federal Revenue Secretariat seized R $ 1,7 billion in illegal goods and vehicles. The record value of seizure of illegal products is 15% higher than that recorded in the same period last year. In addition to land borders, goods enter the country through ports and airports. “The inspection work needs to be done constantly. There can be no contingency of resources for public security. This represents the paralysis of State actions and the advance of crime. There is a need to support borders and integrated action between forces with a focus on large deposits ”, analyzes the FNCP director.

The fight is unsatisfactory and suffers from constant beating by wrong decisions. Some public policies prove to be a real failure, such as the increase in taxes on cigarette sales. In 2011, the tax on the product increased. What was supposed to be an incentive for Brazilians to smoke less has become an incentive to buy cheaper smuggled cigarettes from Paraguay. As a result, in addition to tax evasion, citizens' health is even more affected by consuming products of dubious origin. Cigarettes now represent more than half (67,44%) of the smuggling that crosses the borders - a loss of R $ 6,4 billion between losses from the industry and non-taxation. Of these, R $ 4,5 billion correspond to taxes that the government fails to collect, according to Idesf. In reverse, the information technology sector benefited from the reduction of taxes. With low prices, legal computers have gained in competition with smuggled ones. The number of seizures went from 10 million units to 3 million, between 2005 and 2016. National production jumped from 3 million to 13 million. The study suggests changes in tax policy as a way to fight smuggling.

The survey also reveals the precariousness of basic services in smuggling regions. Unemployment and the entry into the informal market affect the population's quality of life. Mundo Novo and Paranhos, in Mato Grosso do Sul, have the highest dropout rates in primary education, 4,5 and 6,4, respectively. “At the beginning of the life process, insertion in school, dropout and failure rates are higher than the national average. What do we do in the steps prior to the security issue to resolve the issue? Nothing. People work massively in informality. The municipalities do not generate jobs and income ”, explains Luciano Barros, president of Idesf and responsible for research.

The local economy is also affected. The average GDP per capita of these municipalities was below R $ 20 thousand in 2013, while the average GDP per capita in Brazil was above R $ 26 thousand. “All municipalities are financially dependent on the federal and state government, they do not generate their own income, so there is a push game. It is a terrible situation. Municipalities should face the problem independently, but they do not have this autonomy ”, analyzes Barros.