Attorney General speaks about ethics during 62nd Encat, promoted by the Secretariat of Finance and with the support of ETCO 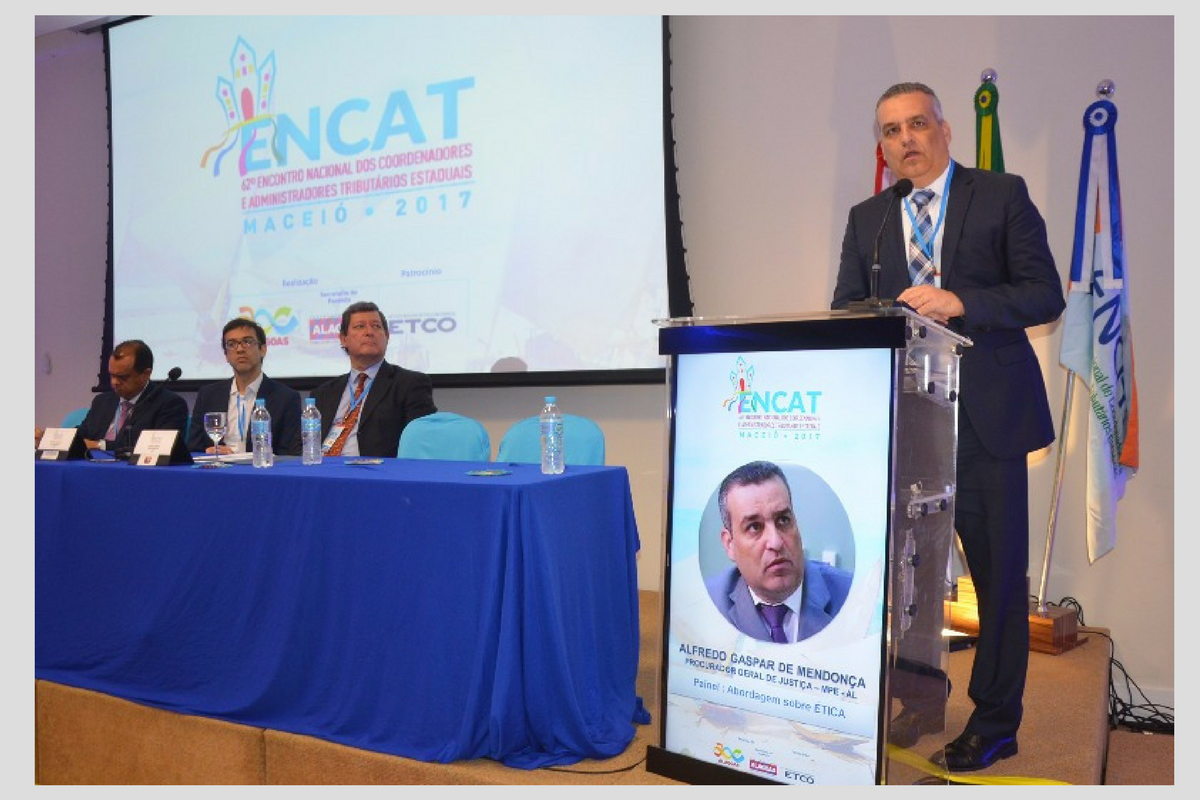 The attorney general, Alfredo Gaspar de Mendonça Neto, was one of the speakers at the 62nd edition of the National Meeting of State Tax Coordinators and Administrators (Encat), promoted by the State Secretariat of Finance (Sefaz), this Thursday morning (05), in the auditorium of the Hotel Jatiúca, in Maceió. The head of the State Public Ministry (MPE / AL) was invited to explain Ètica, a topic he defends as essential to fight corruption.

In his speech, Alfredo Gaspar was emphatic regarding the disastrous reality in which Brazil lives, remembering that it is up to each citizen to react to seek a reversal of the sad national reality.

“Brazil needs much less of ethical theory and much more of decency and morality in practice,” says the attorney general.

For the participants, the head of the Attorney General's Office presented common examples of lack of ethics, and of the open corruption followed by Brazilians on a daily basis.

And he referred to ethics saying that “the great dilemma is to want, to be able and to do”, Alfredo Gaspar spoke about principles of contemporary society and concluded the lecture on ethics, passing on the following understanding. “There is a lot of beautiful phrases and effects on ethics, I preferred to detach myself from all of them and say that we need to have our own concepts, that we are Brazilian, and with pride, we can and have the ability to show new generations that men and women women of this nation decided to say that we are not heroes, nor bandits, we are Brazilians who love our country and want to correct the course ”.

The event was attended by the governor of Alagoas, Renan Filho, other state authorities such as the Secretary of Finance, George Santoro, and Planning, Management and Heritage, Fabrício Marques; in addition to the general coordinator of Encat, Eudaldo Almeida de Jesus, of the president of the Brazilian Institute of Ethics in Competition, Edson Vismona; the president of the Court of Justice of Alagoas (TJ / AL), judge Otávio Praxedes, among others.