"Should reforms be disruptive or timely?" 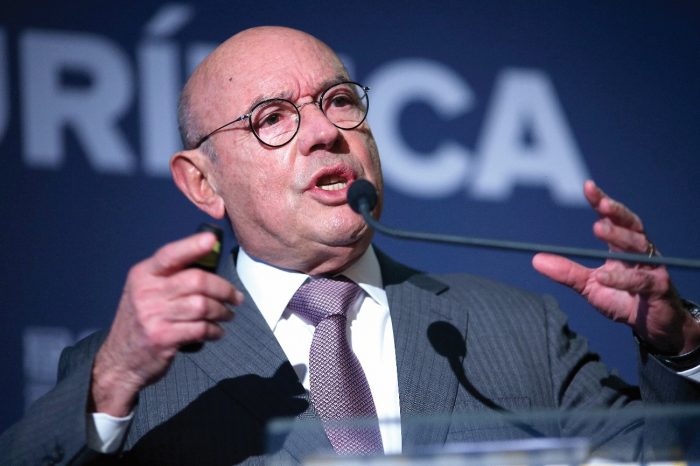 Hamilton Dias de Souza, a member of the ETCO Advisory Council, spoke about the principles he believes should guide tax reform and criticized the proposed project in the Chamber of Deputies (PEC 45). He recalled that the country is faced with two possibilities: making a comprehensive reform, which he called “disruptive”, involving profound changes in the federal pact and in the Constitution; or make specific changes to correct the problems already identified in the current model. He defended the second alternative. “I don't think that a tax reform should abolish concepts that are already established. Especially because these concepts often take twenty, thirty years to settle, ”he said.

Citing divergences that still persist in the current system, such as the return of amounts charged excessively in the tax substitution regime, the collection of ISS on leasing operations and the creation of federal contributions by ordinary laws, warned of the risk that a radical reform introduce new points of legal uncertainty without solving the old ones. “When there is a disruptive tax reform, changing all concepts, we can all imagine what will happen. How long will it take for all these things to settle, and how businessmen, taxpayers, how we can all organize our lives, ”he said.

In relation to the proposal, inserted in PEC 45, for the creation of a national tax, the IBS (Goods and Services Tax), replacing federal, state and municipal taxes, Hamilton expressed his understanding that the change violates the constitutional clause of the Constitution , which prevents “amendment to abolish the federation”. “There is a jurisprudence in the Supreme Court that says: when you weaken, when the federation weakens, there is a tendency to abolish it. Therefore, "tending to" is "diminishing power", "weakening autonomy" ", he argued. In his assessment, by reducing the autonomy of states and municipalities to institute and freely change their taxes, IBS fits this definition.

Hamilton also questioned the argument that tax unification would bring about the necessary tax simplification, noting that it provides for a ten-year transition period with the overlap of the two systems. “We will have the coexistence of IBS with all other taxes replaced: ICMS, IPI, PIS, Cofins, Service Tax. Therefore, with compliance costs for both tax systems and inspections for both taxes. I would say that the poor taxpayer will surely suffer a lot ”, he said.

Other changes foreseen in the proposal, according to Hamilton, may cause new points of legal uncertainty, such as the migration of taxation to the destination of products and services, the application of IPI to primary products and the creation of a new tax on “special consumption”. “And what will special consumption be? Whatever the legislator of the future wants. It starts as a selective tax, and then the selective tax starts to reach even reasonably essential products ”, he warned.

The tax attorney warned of the extraordinary increase that PEC 45 proposes for the taxation of the service sector, in comparison with what is currently practiced. "The maximum tax burden, which is 5%, the next day would become 25%, and we would have a 500% increase on services," he said.

Hamilton also dealt with issues that he considers problematic in the current system, such as the distortion of the use of funds collected through fees, the excess of freedom to impose taxes by provisional measure and the increase in taxes for acts of the Executive.

Then, he listed some principles that the tax reform should obey to improve the business environment and bring more legal security to the country: simplification, harmony of the rules of the administrative / tax process, transparency and neutrality.

At the end of his lecture, the event coordinator, Everardo Maciel, asked him if the IBS proposed in PEC 45 could be compared with Simples, in order to respect the constitutional principle of the federation. Hamilton showed the distinction between the two tributes. “Simples does not absolutely prevent the existence of a normal institution of taxes by the Union, states and municipalities - not least because it is optional”, he replied. And he reaffirmed his view on the unconstitutionality of IBS.