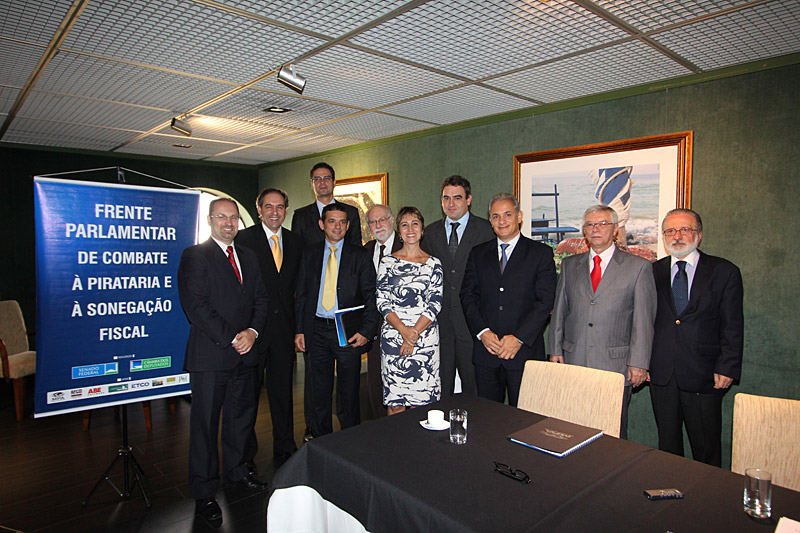 In a ceremony held at the Chamber of Deputies, in the Federal District, on June 8, the Mixed Parliamentary Front to Combat Piracy and Tax Evasion was relaunched (photo).

Integrated by Federal Deputies and Senators, with the support of Civil Society entities, including ETCO, the Front brings together those interested in policies and actions to combat the practice of piracy and tax evasion in Brazil, without distinctions of a party, ideological character or geographic, and without a fixed number of members.

At the event, Senator Vanessa Grazziotin, highlighted the importance of the Front: “I count cultural change as the main gain regarding the practice of piracy. Before, piracy was considered normal by society. After the CPI and the work of the Parliamentary Front, it started to be seen as a crime. The Front has contributed a lot to the systematic fight that exists today not only for the industries that feel harmed, but also for the Government bodies like the Federal Police and the Federal Revenue ”, he affirms.

As for the current proponent of the FPCP, Deputy Guilherme Campos, the expectation of creation only intends to maximize efforts: “We hope that this Front can continue our work of voting on projects that combat piracy. Today the punishment for people involved in smuggling, piracy and embezzlement is very lenient. Last year, for example, I was the rapporteur of PL 3618/08 which provides for the suspension and revocation of the CNPJ of establishments that work with products without origin or forged. The PL was approved by the Commission for Economic Development, Industry and Trade. This market moves millions of reais and not only increases tax evasion but causes more violence. That is why we need stricter laws and their application ”, he concludes.

Main Objectives of the Mixed Parliamentary Front to Combat Piracy and Tax Evasion: