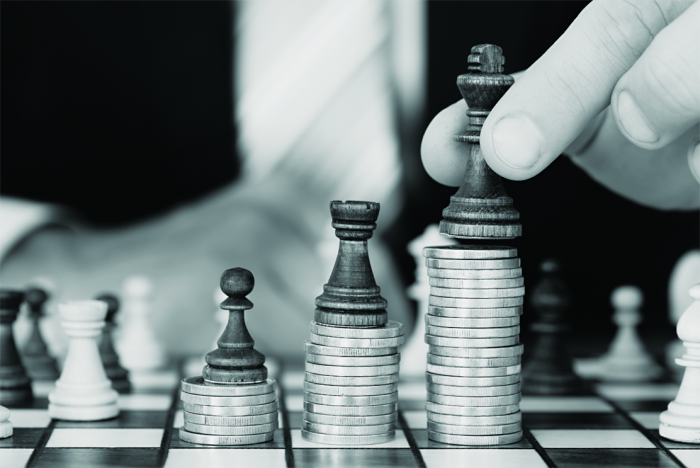 The persistent debtor has a very peculiar way of acting. By not paying taxes, it sells its products cheaper than the competition and thus gains market quickly. He declares sales to the tax authorities, recognizing the tax debt. But it simply does not collect the values. His way of continuing to operate and illicitly profiting is completed with the use of all kinds of administrative and legal resources to postpone as much as possible the conclusion of the lawsuits filed against him. The battles fought in the courts can last for more than ten years, long enough for him to earn a lot of money, hide his profit, dispose of his assets and leave the company with an unpayable debt. To make matters worse, many times the person who appears as the official owner is an orange, that is, someone who simply lent his name to the business. The true owner leaves unscathed.

Tax authorities, the Judiciary and representatives of the business sector committed to business ethics have been joining in the challenge of identifying and combating the persistent debtor. The ETCO-Brazilian Institute of Competition Ethics has been a catalyst for this movement and held in November 2015 a seminar on the topic in partnership with the newspaper Valor Econômico. "The persistent debtor makes non-payment of taxes his own business and his competitive advantage, that is, he has been malicious since the composition of his activity", says Evandro Guimarães, president of ETCO.

In the following, experts talk about the advantages and the way of performance of the incumbent debtor.

I SHOULD NOT DENY. BUT ALSO NOT PAY

Helvio Rebeschini, director of strategic planning at the National Union of Fuel and Lubricant Distribution Companies (Sindicom), believes that the attitude of the heavy debtor can be summed up in one sentence: I owe, I do not deny and I do not pay. "And you don't pay because you don't want to pay, and you don't pay because, in the end, you have nothing to pay for," he says.
Duty is different from evading tax. The tax evader does not declare the sales he makes and, in doing so, is committing a crime. The default debtor does not. In the opinion of Judge Fernando Marcelo Mendes, president of the Association of Federal Judges of São Paulo and Mato Grosso do Sul (Ajufesp), this is one of the incentives for the practice. “The persistent debtor makes it a way of acting, why? Because, from the point of view of the current legislation, the non-payment of taxes, the mere default of the tax does not constitute a crime ”, he says.

For the judge Fábio Prieto de Souza, president of the Regional Court of the 3rd Region, the debtor has a very simple reason: it is profitable. Souza believes that it is the taxpayer's right to defend himself against taxation imposed by the State; however, the big problem is in turning defense into illicit acts. “Tax planning is a right, period. Delinquency is another thing, ”he says.

THE LONG FIGHT IN JUSTICE

The delay in legal proceedings ends up making the debtor's conduct more effective. For the president of Ajufesp, the longer businessmen who do not collect taxes are able to delay the actions brought against them, the greater the chance of these debts becoming unpayable. According to Mendes, a tax foreclosure process can vary between ten and fifteen years, a time that allows owners of these companies to shield their assets.

The IRS secretary, Jorge Rachid, reports recent cases of debtors who tried to transfer responsibility or hide assets. “A debtor with a debt of R $ 190 million made a corporate change to include two employees in the partnership, two oranges, with no financial or intellectual capacity to manage the company's business. The real owners became part of the company based in the Virgin Islands, where they received the company's profits in Brazil, through fraudulent means ”, he says.

Another common practice, according to Rachid, is to join tax refinancing programs just to get your assets back for sale - and then sell them. “Another company, with a debt of R $ 250 million, obtained installments and special conditions, being excluded for default, while selling 69 properties in just one year,” says Rachid.

THE DEBTOR KNOWS THAT IS UNFAIR

Every businessman is subject to moments of difficulty when he is unable to pay his debts, including tax. Eventual debtors must be protected from exaggerated actions by the tax authorities or other creditors. One of the main challenges in the fight against the persistent debtor is precisely to distinguish him from the common debtor (see article on page 15). According to lawyer Luciano Godoy, an expert on the subject, an important difference is the fact that the unscrupulous businessman acts as a case in point. Godoy cites the example of a fuel distributor that admitted, in its defense in a tax collection process, that it stopped collecting taxes to win customers through “a very competitive price, even if not low enough to characterize unfair competition” . In other words: “I was already defending myself against the accusation of unfair competition, so this is an allegation that shows the level at which we reached a clash: to state, in a process, that the default was made to win the market”.

THE IMPORTANCE OF CONSUMER AWARENESS
Hard debtors are more common in sectors that have three conditions conducive to their emergence: high tax burden, low profit margin and high demand. The fuel, tobacco, beverages and medicines segments are among the most affected. Lawyer Luciano Godoy explains why this happens. "When I have a lot of tax and a profit at a low margin, there is a great incentive to not pay this tax, because this practice creates the possibility of a price reduction, brutally increasing the profit margin", he says.

Unfortunately, consumers often end up favoring regular debtors, even without intending to do so. Godoy cites the example of the fuel sector. When unscrupulous businessmen mix cheaper substances in gasoline or make the bomb lie on the volume actually placed in the car's tank, the injured consumer is the first to complain. But people don't complain when the gas station lowers the price of fuel too much. “We migrated from an adulterated fuel system to a tax-free fuel system, because when tax is not paid, the price is reduced. The consumer, in principle, becomes an ally of that supplier, that retail entity, so disclosure, awareness of the consumer of the perverse effects of this practice is important. ”

Until recently, the fight against the persistent debtor did not attract greater attention from society. But this scenario is changing. In recent times, the topic has gained prominence in the mainstream press. Proof of this was the seminar O Debedor Contumaz and Ética Concorrencial, which ETCO and the newspaper Valor Econômico held in November 2015. The subject was also the subject of a Valor notebook published in the same month.

In August 2014, an article from Época magazine showed the case of a refinery, operating in the states of Paraná, Rio de Janeiro and São Paulo, which became the market leader in Rio de Janeiro by not paying taxes.
The attention of the media helps to lift the stubborn debtor from the shadows in which he usually prefers to act.