In an interview, Edson Vismona, chief executive of ETCO, tells how smugglers and heavy debtors benefit from the tax system 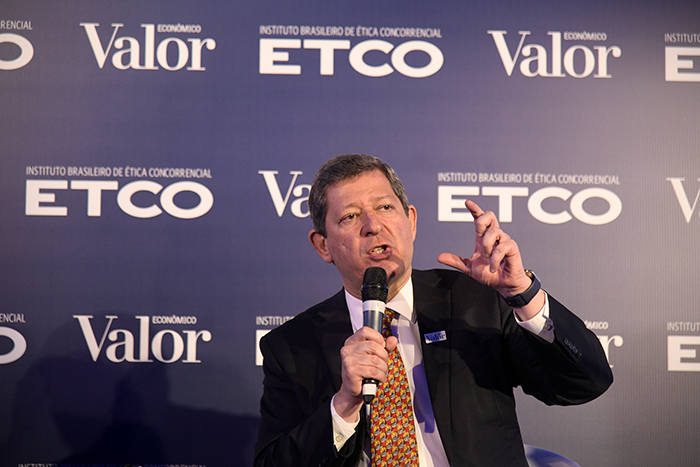 A system of taxation with unclear criteria, numerous obstacles to the tax regularization of companies and endless lawsuits have been fertile ground for the growth of the illegal market in the country.
Smugglers and regular debtors - those who create formal companies but do not pay taxes - take advantage of these shortcomings to attract consumers at low prices, but offer products of criminal origin that are unregistered and do not follow the rules of regulatory agencies. In the case of cigarettes, the illicit trade is already greater than the legal market.

For the executive president of the Brazilian Institute of Ethics in Competition (ETCO), Edson Luiz Vismona, Brazil is at a crucial moment to discuss the tax system and the consequent advance of smuggling and piracy. Highlights that
illegality is a direct beneficiary of this chaotic system and argues that it is necessary to discuss taxation now to guarantee a strong and secure economy in the future.

Why is it so important to discuss taxation at this point?
We are discussing the very survival of our companies and the necessary stimulus for Brazilian development. When we talk about taxation, we are talking about what our future will be. Whether we are going to stimulate entrepreneurship, the generation of investments, jobs or we are going to continue carrying a wasteful state in which the productive sectors are already at the maximum level of support for that state.

What is the most important point to change this scenario?
When we talk about taxation, the first thing that comes to mind is to lower the tax. But, for that, the only answer is to reduce the waste of public money. The state needs to be more efficient, more effective in the use and administration of public resources. Today what stimulates us a lot are immediate responses. During the presidential election campaign, ETCO presented candidates with a document on taxation and development.
Our proposal is to make rapid progress in simplifying, reducing bureaucracy and seeking mediation in the payment of taxes. The Brazilian tax liability is immense, we estimate it to be R $ 3,3 trillion. Are tax payments being discussed in court? This is what is being discussed in the courts and in administrative proceedings. There must be actions aimed at speeding up the collection of these resources and regularizing the fiscal situation of many companies. Our tax liability is perhaps half of GDP, which is absurd.

What are the biggest bottlenecks in the tax process?
It does not serve the debtor who wants to pay or the creditor who wants to receive. We have to reduce the margin of subjectivity in imposing fines, as this is unacceptable. You have companies today that are paying taxes that they shouldn't, but, due to the imposition of fines and even threats to lead to criminal complaints, the company ends up paying, to later discuss in court. We have to talk about tax compliance and other initiatives that can be done quickly.

What is needed to make fines and collections more transparent?
Clear criteria. It is necessary to facilitate the understanding of the current legislation, which is chaotic. Accessory obligations are an example of this. I don't think even the Treasury knows how many ancillary obligations there are. We are putting so many things into the Brazilian tax structure that it was incomprehensible.

Do you advocate that the country discuss broad tax reform or occasional adjustments?
The clamor is for a new tax system. The hard part is: what system is this? In the Civil War, Abraham Lincoln told the generals: "If you come across a swamp, don't go into the swamp." That's how I see tax reform. One says the calculation is wrong, another says it will increase the tax, another says it will make a series of sectors unfeasible and nobody wants to lose. For this reason, we defend starting with what can be done now: on the one hand, simplification, rationalization of tax regimes, red tape, reform of the tax process, clear rules and respect for the taxpayer; on the other, it combats the persistent debtor who is structured not to pay taxes. These are points that must be considered. So, I think we will have practical effects more quickly.

How does this chaotic tax situation favor the illegal market?
You see the other side of the force. On the one hand, those who want to pay tax encounter difficulties. On the other hand, anyone who is determined not to pay tax finds support in the chaos of the tax system. We call these hard debtors. The person has a business structure so as not to pay tax. Illegality perverts competition, harms the consumer and burdens the Treasury. It is a direct beneficiary of this chaotic system. We are in the worst of worlds: discouraging those who create jobs and investing in those who pervert this sense of development. The typical example of this, in addition to fuel and beverages, where you have structures designed to not pay tax, is cigarettes. The Brazilian market is being increasingly dominated by smugglers.

Do the figures already indicate an illegal market bigger than the legal one for cigarettes?
Smuggling is 49% of the market, and the debtor is 5%. 54% do not pay tax. The whole Brazilian policy to combat smoking is going down the drain. The policy of increasing the tax and reducing consumption has lost all its effect. The contraband will say: "Very good, it can increase, because that's where I win". This is true for other sectors. In the case of cigarettes, the tax rate ranges from 71% to 90%, depending on the state's ICMS. In Paraguay, it is 18%. This is the photograph. The smuggler pays 18% in Paraguay and does not pay anything here, where he offers cigarettes at very low prices, less than half the cost of the legal product. In March, the government announced measures against the illegal market, one of which was the study of reducing cigarette taxation.

Has this initiative gone ahead?
A group formed by government agents was created, I have no information on how this work is going, but we have some suggestions to make. We who want to fight smuggling - and I am not talking about cigarettes, I am talking about smuggling - defend an action related to this demand. Our proposal is to keep the tax burden high, but to scale it better. For more expensive brands, which serve the public with greater purchasing power and who will not migrate to a product without any control and quality like smuggled goods, the tax may be increased. And, for a more popular category, lower the tax. You can have a more competitive product to take the smuggling market out. The low-income population pays R $ 2 to R $ 3 for the smuggled product. And you are not going to buy a legal product that costs at least R $ 5. You need a brand of confrontation, which would pay less tax. They say that we want to increase the consumption of the national industry. No, I want to reduce the consumption of smuggling that is only growing and the margin that the smuggler has today to use in crime It is an economic equation. Smuggling is free.

In relation to supply, is the path to border repression?
The Ministry of Justice's proposal addresses a fundamental point in which we believe: the integration and coordination of operations at the borders, not to pick up trucks, but, rather, distributors, warehouses and large operators. We also suggest working on roads with integrated operations. The São Paulo City Hall has created a committee to combat illegal trade that is breaking all seizure records, in a coordinated action with the Federal Revenue Service and the Civil Police. Another front is international. We have tried to encourage Paraguay to increase the tax on its cigarettes, but so far we have achieved nothing. Paraguayan cigarettes remain one of the cheapest in the world because they pay very low taxes.

Do we already have practical results from these actions?
Look at what an interesting situation we have come to. Recently, five illegal cigarette factories in Brazil were closed, falsifying the leading brand, that is, the smuggled cigarette. They were Brazilian factories forging Paraguayan brands, with labor from Paraguay. Another thing we always say: smuggled cigarettes finances organized crime, as it offers high liquidity, profitability and low risk. The Civil Police closed a factory in the interior of São Paulo where the criminal organization was falsifying cigarettes not to sell, but to distribute in prisons, as an instrument of power.

How can we show society that, in addition to the economic impact, there is a social and also a health consequence?
This is where another issue of demand comes from, which I call ethical incoherence. This smuggled cigarette consumer is funding organized crime. But he complains about corruption and crime. On the one hand, he criticizes and, on the other, he finances. "If I'm taking advantage, what's the harm?" You are an instrument of piracy and you are happy. Your ethical filter ends in your pocket. There is no developed country that does not defend ethics and the law. How is the cigarette market in the country? The legal market is going down the drain. Four years ago, we had 30% of illegality. Society and government looked and thought it was bearable. It jumped to 54%. And we know that the perspective is that it can reach 60%, a percentage that already exists in some states. How long will it grow? Today, tax evasion is already higher than tax revenue. The collection last year was R $ 11,4 billion, and evasion, R $ 11,5 billion.
The smuggler is R $ 100 million ahead of the collection.