The challenges of fighting him

Ending the defaulting debtor requires more determination of the tax authorities and special weapons, which are the subject of an important discussion in court. Understand why 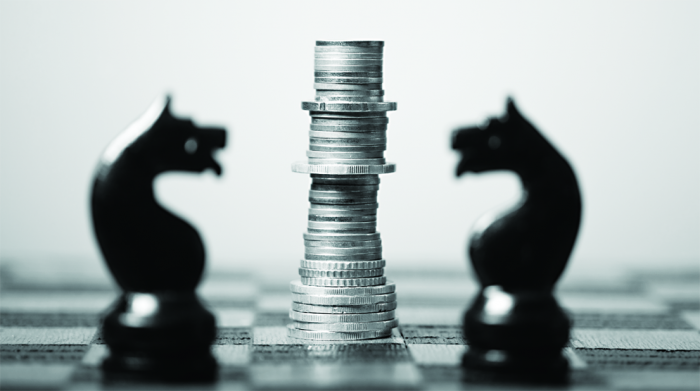 In theory, getting the default debtor out of the market could be simple. The tax authorities would do careful prevention work to identify suspicious attitudes, such as transferring the company to an orange or disposing of the assets, and taking steps to prevent the debt from becoming unpayable. Unresolved cases in the administrative collection stage would quickly reach the courts, which would also be quick to separate the wheat from the chaff, that is, verify whether the action refers to a persistent debtor or not. In a short time, the company would be judged, condemned and forced to act correctly or disappear from the map.

Unfortunately, Brazil does not yet meet this set of conditions, and the battle has been much more complicated. Prevention is not exactly the specialty of the tax authorities; Justice is slow, and specific laws are lacking to condemn this practice. "It is often difficult to find out who the real debtor is, where his assets are, before the debt ends up being too high, and these charges, immense and impossible," says judge Paulo Sérgio Domingues, of the Federal Regional Court of the 3rd Region.

The good news is that the forces that fight the heavy debtor are taking shape, bringing together judges, lawyers, tax administrators and associations. “We need to find weapons to fight them,” says Evandro Guimarães, president of ETCO-Brazilian Institute of Ethics in Competition, which defined the fight against the persistent debtor as one of his priorities. “The systematic, premeditated, non-paying tax is a major terrorist in the business environment.”

CUT EVIL BY THE ROOT
One of the steps in this battle is to put pressure on tax inspection bodies to do their job better. As is known, taxes are levied in three administrative spheres: the Federal Revenue Service takes care of federal taxes, such as IPI, on industrialized products, and CIDE, on fuels; state taxes, such as ICMS, are the responsibility of the Finance Secretariats; and the Municipal Finance Secretariats are responsible for taxes such as ISS, which is levied on the provision of services.

Lawyer Hugo Funaro, a specialist in tax law, cites some practices that could be done more rigorously by these bodies to hinder the debtor's action. “If the taxpayer register is well verified, it already exists; if a more concrete investigation is carried out; if inspectors start going to establishments, to see how that taxpayer is established; if the corporate composition of the company is verified ... In many cases, with these resources they would already be able to kill the problem in the hatcher, because a company without state registration cannot operate. ”

According to Funaro, this monitoring needs to be systematic, and not only occur at the opening of the company. He recalls that, often, the regular debtor starts acting regularly to obtain all the authorizations he needs to operate, and then changes partners, hides assets and adopts other conducts to get rid of punishments. “The tax authorities do not monitor the situation and activity of these companies in the market step by step. If I had, I could cut it at the source, because it would be enough to cancel, or suspend, the registration of these companies ”, he says.

The slowness of Justice is one of the factors that favor the consummated debtor. Solving this problem, however, requires a very complex set of initiatives. The most viable solution involves the development of specific legal ammunition against companies that make tax default their business.

The slowness of Justice is one of the factors that favor the consummated debtor. Solving this problem, however, requires a very complex set of initiatives. The most viable solution involves the development of specific legal ammunition against companies that make tax default their business.

Justice, based on constitutional precepts, does not admit that the tax authorities treat any taxpayer differently with the sole purpose of compelling them to pay taxes. This type of discrimination is called "political sanction". The Federal Supreme Court (STF) has already produced summaries that guide the country's courts to protect taxpayers from political sanctions.

However, the STF has already shown sensitivity in relation to special measures justified not by the mere interest of collection, but by the losses that the frequent debtor causes in his competitors and in the business environment. Who explains it is lawyer Hamilton Dias de Souza, a specialist in tax law and a member of the ETCO Advisory Council: “What is in these overviews of common denominator is that one cannot use a measure to constrain the taxpayer to pay taxes. The tax authority cannot use a measure whose purpose is to collect taxes and prevent the taxpayer from arguing. These summaries, however, never said that the public power cannot take measures against companies that set up to practice illicit acts, that organize themselves for that purpose ”.

IN DEFENSE OF FAIR COMPETITION

Dias de Souza argues that the issue of differentiated inspection and collection regimes for incumbent debtors cannot be treated as the application of political sanctions to collect taxes, but that it should be understood as an instrument of preservation and market balance. “In weighing up principles, the Supreme Court has understood that companies that establish themselves, in a repeated and unjustified way, to stop paying taxes, must have special treatment. And this special treatment is justified precisely in order to curb the performance of regular debtors ”, he says. “The Supreme Court did not use the words' persistent debtors', but the concept is there, where he says that 'there is no political sanction if the objective of restrictions on activity is to combat business structures that have systematic and conscious tax defaults as their greatest advantage. competitive '. ”

Dias de Souza also explains that, to be considered constitutional, specific laws against repeat debtors need to satisfy two other conditions. The first is to establish good criteria to distinguish them from ordinary debtors or from large debtors whose debt does not derive from usual practice. There are, for example, companies that become targets of millionaire or even billionaire actions by the tax authorities for issues that do not involve illicit competitive advantage. The other condition is that the measures imposed exclusively on these taxpayers are reasonable, that is, they do not contain excesses that distort their purpose of restoring fair competition.

CHANGE IN THE CONSTITUTION

Another way to solve this problem involves the regulation of a constitutional change that occurred in 2003. One of the points discussed that year was precisely the permission to establish different treatment for certain groups of taxpayers to ensure a level playing field from a competitive point of view. The approved proposal (article 146-A) was supported by ETCO and authorized this type of discrimination, requiring, however, the elaboration of a complementary law. Although 12 years have passed since the constitutional review, the National Congress has not yet managed to produce this law.