The stubborn debtor affects the honest competitor, compromises the services that the government provides to the population, causes tax increases and reduces the growth of the economy 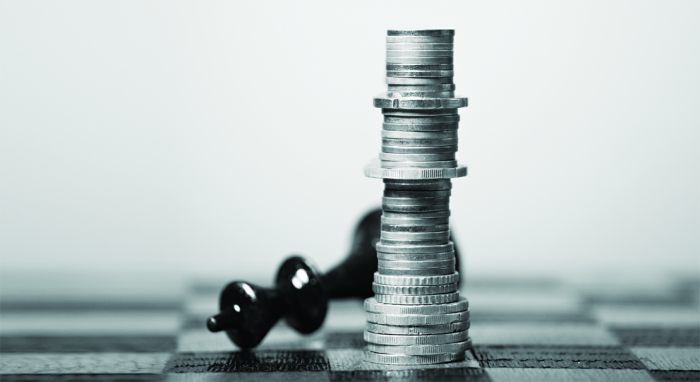 By not paying taxes in order to be able to sell his products cheaper, the heavy debtor hurts, first, the competing company that collects the taxes correctly. In many cases, the unfair practice is so violent that it makes the operation of the honest businessman unfeasible. In addition, the money he does not pay to the State ends up being lacking for the financing of projects of interest to the entire population. To improve health and education, build roads, ports and airports or invest in public security, governments depend on taxes that the regular debtor refuses to pay.

To compensate for these losses, the State often ends up increasing the country's tax burden. Those who already pay taxes are penalized again - and the illicit advantage of the incumbent debtor is even greater. Still, with the increase in taxes, the prices of products also go up. This vicious circle disrupts the market, affects the growth of the economy and harms entrepreneurs, workers in all sectors and the consumer himself.

There are no specific studies on the extent of the damage caused by the defaulting debtor in all segments of the economy. However, data from the São Paulo Finance Department, responsible for collecting taxes from the largest market in the country, indicate an increase in the number of companies that declare their sales, but do not pay the respective taxes.

In comparison with 2011, the default rate for the São Paulo ICMS even dropped a little in 2012, but since then it has continued to rise, accumulating a 25% increase until 2015. "It is something that should not be tolerated for two reasons", states the finance secretary, Renato Villela. “First, the very need to generate resources to finance public policies. But also because of the issue of competition, justice or competitive equity in the markets. ”

A study by the National Union of Fuel and Lubricant Dispensing Companies (Sindicom) concluded that, in this segment alone, the frequent debtor causes a daily loss of R $ 6 million in tax collection. There are more than R $ 2 billion per year.

WAVE OF DESTRUCTION IN THE MARKET

The director of strategic planning at Sindicom, Helvio Rebeschini, talks about the damage that these unscrupulous entrepreneurs cause in the sector: “This entrepreneur, as a rule, acquires control over a certain geography, a certain region, and when it starts operating it is like a drop that falls into a basin of water… creates a wave of destruction ”.

Rebeschini says that only one group in the sector would have ICMS debts in excess of R $ 3 billion with the states of São Paulo, Rio de Janeiro and Paraná. Data from Sindicom indicate that, in the last five years, regular debtors have failed to collect R $ 12 billion in taxes. "It is a means of laundering money," he says. “The consequence of this is a lack of resources for the State, an increase in the tax burden for all other participants who are good payers; is the disruption of the market. Someone has to pay the bill. If that businessman does not pay, for the honest businessman, who has already paid his taxes, because he has an increased tax burden to compensate those who do not pay, and, in the end, for society. ”

According to lawyer Luciano Godoy, a specialist in the matter, there are now stations in the country supplied by a large distributor that sell fuel at a price below the cost price to a businessman who correctly pays taxes. The conclusion is from a study based on data from the National Petroleum Agency (ANP) and the Luiz de Queiroz Higher School of Agriculture at the University of São Paulo (Esalq / USP) (see graph above). "There are some people, in fact an even large volume, selling below the margin, which drops the average price to below the price of the gross margin of gasoline," says Godoy. "So, something is not working."

The president of the Brazilian Bar Association (OAB), Marcus Vinícius Furtado Coelho, believes that the persistent debtor's permanence in the market may end up making even the country's future unfeasible. “If the system encourages predatory practices, such as the repeated tax evasion, as a way to effect unfair competition in the market, so we are contributing to the failure of our country, ”says Coelho.