Unpublished study in Brazil sheds light on the underground economy 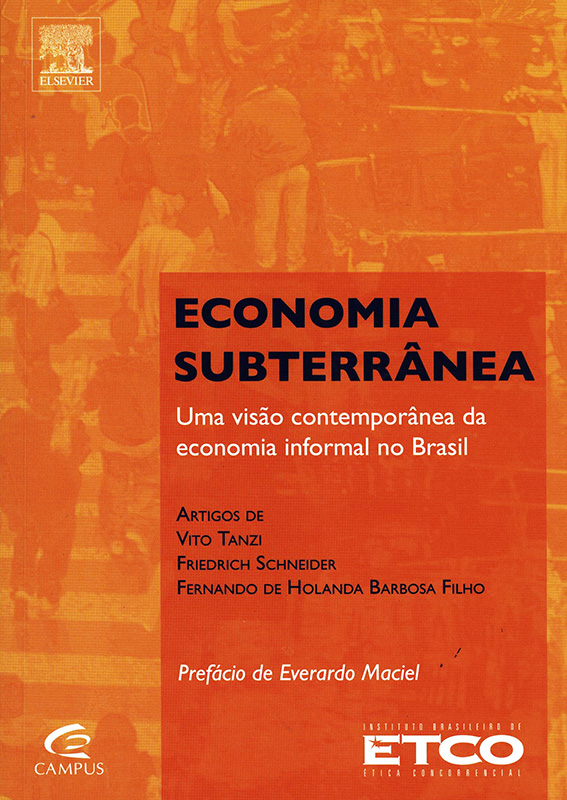 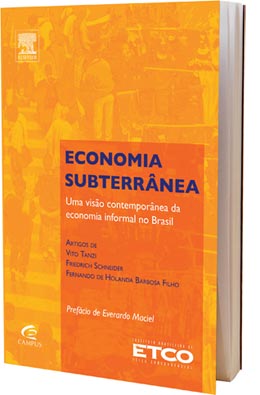 Book brings the arguments of the world's leading experts on the subject, originally addressed at a seminar held by ETCO

A problem that increasingly afflicts contemporary societies, the underground or informal economy is an old phenomenon: it has the age of the State, which in turn was born along with the need for taxation. Avoiding taxes is the raison d'être of the informal economy, although it is not its only cause.

Evil is as old as it is relatively little studied. Suffice it to say that it was only in the 70s that the issue made it onto the agenda of governments and academics, in response to the increase in the weight of taxes, bureaucracies and corruption. In Brazil, where the tax burden is more than a third of the Gross Domestic Product (GDP), the problem is serious. Some estimate the weight of the economy
underground in 40% of GDP.

It is opportune, therefore, the launch of the book Underground Economy, in which the world's leading experts on the subject use arguments, originally addressed at a seminar held by ETCO last year in Rio de Janeiro.

The underground economy is minefield. By its very nature, it is refractory to measurements. Its size is cause for doubt and controversy. Italian economist Vito Tanzi, who in the 80s developed a method for assessing the informal economy, raises an eyebrow of doubt when he hears someone estimate informality in Brazil at 40%. For him, a good part of the underground economy is captured by official accounts. "If it were not so, we could say that Brazil is 40% richer than it really is", he says. And the corollary: in this case, the tax burden (calculated as a percentage of GDP) could not be considered high. The point is clear: ignorance of the underground economy can distort the interpretation of macroeconomic data and lead to wrong public policies.

For Tanzi, informality causes a “tremendous distortion in the market”. The result is an imbalance between companies that pay taxes and those that don't. This aspect was addressed in the presentation by André Franco Montoro Filho. “Deviations in conduct - such as tax evasion, informality, smuggling, counterfeiting, adulteration and piracy - generate serious competition imbalances, which pollute the business environment, remove important investments and, consequently, reduce the pace of growth country's potential economic potential, ”says the ETCO executive president.

Uncertainties about the shadow economy begin with the definition itself. There is a broad definition: it would be all unregistered economic activities that contribute to GDP. But, for Austrian economist Friederich Schneider, from Johannes Kepler University, the ideal would be to work with a more precise definition: production and service would be deliberately hidden. Schneider conducted a study on informality in 21 countries in Latin America, in which he identifies good and bad news for Brazil. The bad: the underground economy is too high by world standards. The good: it is falling in relation to GDP. Among Latinos, however, informality in Brazil is average. Of the 21 countries, the most informal is Bolivia, where two thirds of the economy is underground. At the other extreme, Chile, with a fifth. Brazil, with just over 40%, is in the middle. (Although the proportion was contested by Tanzi, it is useful because it allows comparison with other countries, since they were all evaluated by the same criterion.)

When commenting on Schneider's research in the preface, Everardo Maciel, secretary of Federal Revenue in the government of Fernando Henrique Cardoso, noted that “the increase in the tax burden can only be understood as a factor that induces tax evasion and, eventually, the underground economy when it results of a nominal rate increase or calculation basis - which I classify as fiscal pressure ”. And he concludes: “It is not uncommon for the tax burden to increase, before it is a cause, it is the effect of the decrease in the underground economy”.

Since when is informality falling in Brazil? Since 2005, says Schneider. In reality, from the Real Plan onwards, the underground economy described opposite movements. Between 1995 and 2004, its share of GDP rose from 20,71% to 42,60%. Since then, it has been falling (in 2007 it had fallen to 40,23%). The downward curve is explained by the growth of the formal economy.

Depending on the method used, the result may vary. A study shown by economist Fernando de Holanda Barbosa Filho, from the Brazilian Institute of Economics of the Getúlio Vargas Foundation, identifies a 10% increase in the informal economy between 2003 and 2006. The economist used the Mimic method, an acronym in English for Multiple Causes and Multiple Indicators , which captures the factors that most affect the underground economy, although they do not scale it. The study showed that the higher the level of activity, the greater the underground economy, as this is complementary to the formal economy. In Brazil, informality rose almost 11% in absolute terms between 2003 and 2007, and fell 5% in relative terms, because the economy as a whole grew 17% in the period.

It is a small drop from a high level. The works gathered in Underground Economy, in which different views weigh, converge to the conclusion that, without a deeper knowledge of informality, its causes will not be adequately addressed, and it will not substantially regress, to the detriment of competition.

Shadow Economy / Underground Economy
The chapters of the English version of the book are available here in PDF format / English texts available here:

The book in Portuguese is for sale.

Informality advances, but at a slower pace

Falling interest rates, the slow recovery of formal employment and activity are beginning to contain the more rapid growth of the informal economy.

Underground economy rises for the fourth consecutive year and reaches R $ 1,173 trillion in 2018, according to ETCO and FGV / Ibre

Watch the full article of Bom Dia Brasil, of 23/11, on the Underground Economy Index, an Ibre-FGV indicator that annually measures informality in the country Informal economy grows and the country

According to a study by ETCO and FGV / Ibre, stability in informality this year reflects the economic recovery

After growing for two consecutive years, the underground economy stabilized in 2017 and returned to represent 16,6% of the Gross Domestic Product (GDP). The calculation is from the Economy Index

Slice of the informal economy in Brazilian GDP grows in 2016, says study

The participation of the informal market in the Brazilian economy increased again in 2016, reflecting the economic crisis in the country, which has affected formal employment, according to a survey released

Driven by the crisis, the informal market corresponds to 16,3% of GDP and is higher than the GDP of the North, Northeast and Center-oste regions

The underground economy continued in 2016 the growth seen in 2015 and exceeded the Gross Domestic Product (GDP) of three of the five regions of the country, according to the Economy Index