The publication summarizes the ETCO 10 + 10 Debate Cycle, held in 2013 to commemorate the Institute's 10th anniversary 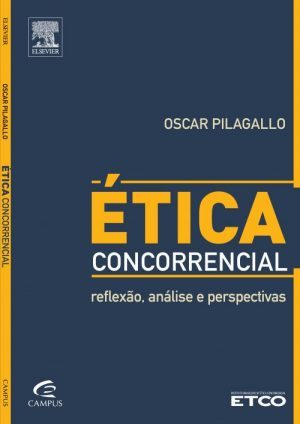 On the evening of the 4th, ETCO released the book Competitive Ethics, Reflection, Analysis and Perspectives, at an event in the auditorium of the Getúlio Vargas Foundation (FGV), in São Paulo. The publication summarizes the ETCO 10 + 10 Debate Cycle, held in 2013 to commemorate its XNUMXth anniversary, and also seeks to build a prognosis of the ethical challenges of the next decade.

When recomposing the analyzes made during the debates, journalist Oscar Pilagallo, author of the work, highlights the movement for Diretas Já, the 1988 Constitution and even more recently, the Access to Information Law and the Anti-Corruption Law, identified as advances in the Brazilian ethical scenario. This last law, in particular, innovates when dealing with the relationship between public and private agents in the perspective of corruption.

The journalist's analysis also highlights that a more ethical business environment in Brazil depends on advancing ethics in society, promoting transparency and fighting corruption. He also cites, among the other factors that would lead to the country's institutional improvement, the importance of efforts to reduce taxation, accelerate the judicial system and completely mitigate impunity. In addition, it describes tax evasion and legal insecurity as ghosts that keep investments away.

Published by the publisher Elsevier, the work has a preface by ETCO's executive president, Evandro Guimarães, and an introduction by Roberto Abdenur, current member of the Advisory Board who, at the time of the ETCO 10 + 10 Debate Cycle, chaired the institute. The work costs R $ 39,90 and can be purchased on the Elsevier website (www.elsevier.com.br) and in the main physical and virtual bookstores in Brazil.

Last Friday, 10/08, the ETCO Advisory Council met in São Paulo, in an exclusive event, which celebrated the Institute's 15th anniversary. The ETCO Advisory Board, chaired by the

Attorney General speaks about ethics during 62nd Encat, promoted by the Secretariat of Finance and with the support of ETCO

The Attorney General, Alfredo Gaspar de Mendonça Neto, was one of the speakers at the 62nd edition of the National Meeting of State Tax Coordinators and Administrators (Encat),

In an interview with the Valor Econômico newspaper, ETCO's Executive President, Edson Vismona, talks about competitive ethics and the importance of ethical principles that promote fair competition

This month Valor Econômico will hold the seminar The Debtor Contumaz and the Competition Ethics that aims to bring the discussion about the practice of the debtor contumaz in the country, the impacts

Corruption as an obstacle to development

Work was built from the compilation of lectures presented at the seminar "The Impact of Corruption on Development", conducted by ETCO