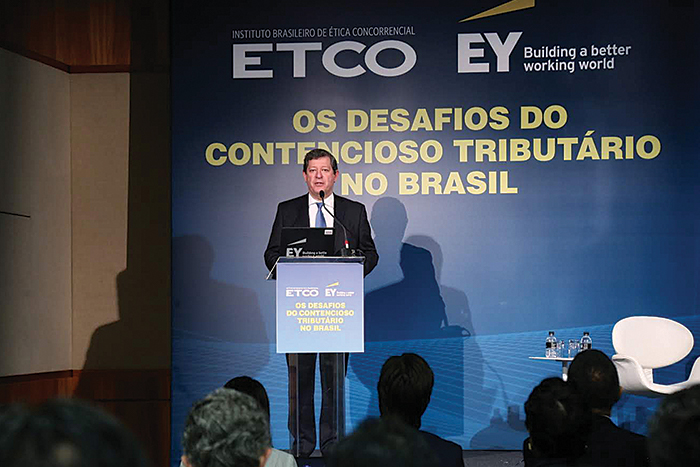 ETCO President Edson Vismona at the opening of the event

ETCO initiated in 2019 a project to contribute in the search for solutions to conflicts between the tax authorities and taxpayers. In this sense, the Institute hired the consultancy EY (Ernst & Young), one of the most important in the world, to carry out a study on the situation of Brazilian tax litigation and on the way in which other countries deal with this type of divergence.

The study was presented at an event in São Paulo, in November. On the occasion, ETCO's executive chairman, Edson Vismona, spoke about the impacts of the current system on good and bad contributors. "Today, the good taxpayer encounters all difficulties and is mistreated by the State, as if his interpretation of tax rules was always malicious", he said. “As for the average debtor, who benefits from the system's complexity and slowness, the worse the better. The more confusing the rules, the longer the tax process, the more time he has to use the advantage of not paying taxes to reduce his prices and gain market share. ”

The presentation of the work was the responsibility of EY partner responsible for the tax area, Érica Perin, who subsequently participated in a debate with tax law professors Roberto Quiroga and Breno Vasconcelos, from FGV Direito SP.

Based on the study, ETCO started an action agenda to highlight the theme in the national debate and encourage the search for solutions to the problem.

Check out a summary of the study and the views of the two tax experts.

EY conducted the study Challenges of Brazilian Tax Litigation based on data from the government, the courts, Brazilian research and information gathered by its offices in six countries chosen as reference: Germany, Australia, United States, India, Mexico and Portugal.

The focus of the work was the federal tax litigation. Check out some highlights:

ALMOST 19 YEARS: The completion of a tax litigation process in Brazil takes an average of 18 years and 11 months, in the sum of the administrative and judicial stages.

MULTIFACTORIAL PROBLEM: The litigation is high, according to EY, for reasons that include the complexity of the legislation, the number of accessory obligations, the high tax burden, the impact of penalties and tax regularization programs.

A LOT OF CHANGE: Another factor pointed out by the study is the changes in the rules. Between 1988 and 2018, 16 constitutional amendments were approved and 390.726 tax rules were issued in the country.

CRIMINALIZATION: The study showed an increase in tax assessments with tax representation for criminal purposes against taxpayers. The participation went from 25,42% in 2017 to 29,48% of the assessments in 2018.

FOCUS ON LARGE COMPANIES: The Federal Revenue Service has increasingly focused on overseeing large taxpayers - from 68,62% in 2016, they now accounted for 82,05% of the assessments in 2018. In some cases, litigation is greater than the company's market value .

Good practices from other countries 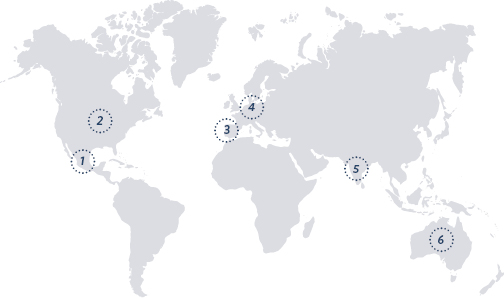 1 Mexico: It allows negotiation between the taxpayer and the tax authorities during the inspection phase, authorizing the conclusion of a conclusive agreement.

2 U.S: It allows an agreement before or after the issuance of the infraction notice, with quick mediation and arbitration processes independent of conflicts.

3. Portugal: It provides the taxpayer with an arbitration system immediately after the issuance of the tax assessment notice.

4. Germany: It favors the dialogue between the tax authorities and the taxpayer during the inspection, enabling informal agreements that prevent the generation of litigation.

5. India: It undertook a tax reform in 2017 that did not place legal security as a central theme. Judicialization remains high, with tax lawsuits that can last 31 years.

6. Australia: It offers ample space for defense and negotiation between the taxpayer and the tax authorities in the administrative appeal phase, including mediation, case assessment, conciliation, conference and neutral assessment.

Opinions about the study

In a debate after the presentation of the work, tax law professors Roberto Quiroga (USP and FGV Direito SP) and Breno Vasconcelos (FGV Direito SP) praised the initiative of the study. Some comments they made:

"We had some surveys on litigation, but we did not have an official compilation, made by one of the four main auditing companies in the world, which was backed up and will be released by an institution with the relevance of ETCO."
“EY brought a very important number: close to 8 thousand companies represent 60% of the tax collection and practically 80% of the tax assessments. So, actually, who are we filing? We are assessing the goose that lays the golden eggs. ”

“The presentation of a study like this is a public good. We are talking about a service that ETCO, EY and ETCO associates are providing to society. ”
“We tend to hear a lot from representatives of the tax administration that the Brazilian taxpayer is bad. But when I ask companies that work here and abroad about litigation in other countries, the difference is clear. They say: "In Spain, I have a case, while in Brazil there are 3 tax cases". The data is really impressive. ”