Contributions from 27 experts to resolve the tax litigation crisis 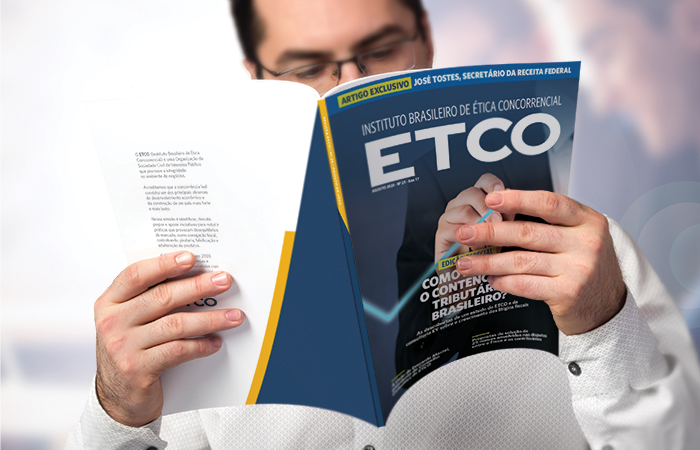 Raising awareness in Brazilian society about the causes and losses of the high level of tax litigation in the country has been one of ETCO's priority projects. In 2019, the Institute hired the international consultancy EY to carry out a study on this important topic, which was presented to the public at the end of that year.

In 2020, among the initiatives that continued the work, one that stood out was the production of a special edition of the ETCO Magazine totally dedicated to the topic. Over several months, the publication heard 27 names involved in the litigation issue from different angles: taxpayer representatives, lawyers, tax authorities, tax auditors, attorneys from the National Treasury, Judiciary, non-governmental entities and economists.

The objective was to gather a wide range of views on the causes and proposed solutions to the problem.

The magazine featured an exclusive article by the secretary of the Federal Revenue, José Tostes, on the government's view of litigation and proposals to face it. He also published a long interview on the subject with tax expert Everardo Maciel, president of the ETCO Advisory Board, who was secretary of the Federal Revenue during the eight years of FHC's government. And it brought interviews with 25 prominent professionals in the business, legal, academic and three branches of government to portray the theme from different points of view.

Check out who the collaborators were and then the causes and solutions they pointed out:

The main causes pointed out