Debate on tax litigation at Abradt 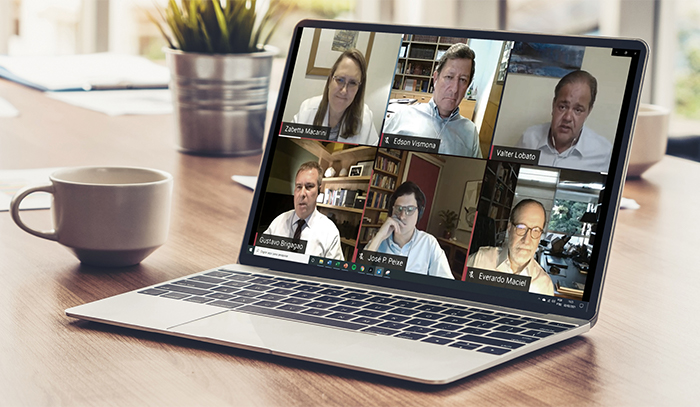 In December, the Brazilian Association of Tax Law (Abradt) held a virtual debate to discuss the findings of the study Desafios do Litigação Tributário, carried out for ETCO by the consulting firm EY. The event was attended by the executive president, Edson Vismona, and the chairman of the ETCO Advisory Board, Everardo Maciel, the president of Abradt, Valter Lobato, the executive director of the Applied Tax Studies Group (Getap), Zabetta Macarini Gorissen, and the president of the Brazilian Association of Financial Law (ABDF), Gustavo Brigagão, in addition to the partner in the tax area of ​​EY, José Paulo Peixe, who presented the findings of the study.

The work was carried out based on public data on litigation in Brazil and in six other countries. Some highlights:

In the debates that followed, the executive president of ETCO defended the creation of alternative methods of solving conflicts between the tax authorities and taxpayers and the simplification of the tax system. Vismona stated that the current legal uncertainty environment harms good taxpayers, scares off investors and benefits the so-called persistent tax debtors. "Consuming debtor is one who is structured to never pay taxes," he explained. "He takes advantage of this whole situation, this tax mess, to continue pushing what he owes, because he won't pay."

Vismona recalled that ETCO supports the approval of PLS ​​284/2017, which distinguishes debtors into different types, according to the recurrence of debt and impacts on competition, and authorizes a more rigorous treatment against the default debtor. And regretted that he has been stuck in the Senate since the beginning of the current legislature, in 2019.

Everardo Maciel, who was secretary of the Federal Revenue during the two terms of President Fernando Henrique Cardoso (1995 to 2002), presented his view on the causes of the high level of tax litigation in the country and the solutions he believes in. Some highlights of the presentation by the chairman of the ETCO Advisory Board: