In the STF's decision on a regular tax debtor, an ETCO study is cited 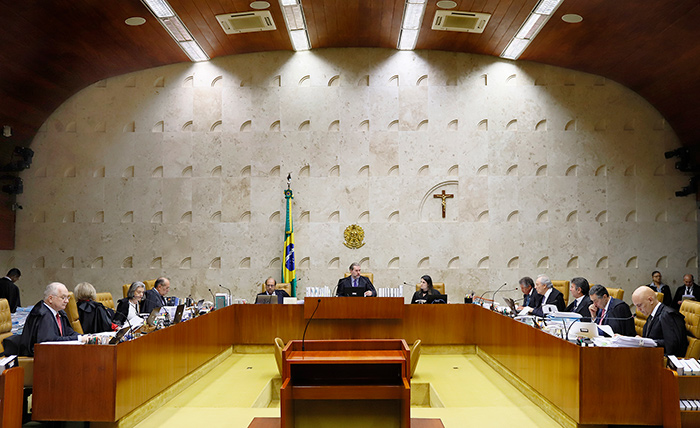 Supreme Court approved the criminalization of a regular tax debtor. Rapporteur of the case, minister Luís Roberto Barroso cited ETCO's document in his justification for voting

According to the understanding that was being adopted by the Brazilian courts, companies that report their sales to the tax authorities, but do not collect taxes, could be sued in the civil sphere, but not in the criminal sphere. Only tax evaders, who evade tax surveillance by not issuing invoices, could be sentenced to prison terms. In December, however, a decision by the Federal Supreme Court (STF) changed this understanding, allowing the criminalization of so-called permanent tax debtors to be criminalized. And the change took into account the campaign that ETCO has been doing for several years to combat this unfair practice.

The STF's decision occurred in the judgment of an appeal filed by a businessman from Santa Catarina accused of misappropriating the state's ICMS. By 7 votes to 3, the majority of ministers understood that persistent default can indeed be considered a crime, especially when the intention to act in bad faith is characterized.

The case reporter was Minister Luís Roberto Barroso. In his vote in favor of criminalizing conduct, he cited an excerpt from a document prepared by ETCO explaining the losses that the frequent debtor causes to the competitive environment. “The Brazilian Institute of Ethics in Competition presented a table that illustrates in a very striking way the harmful impact of tolerance with this type of conduct,” said Barroso, who then went on to describe to the other ministers the example presented in an infographic prepared by ETCO ( reproduced next).

“The example of the Brazilian Institute of Ethics in Competition says: suppose a [taxpayer with] cost of merchandise of R $ 4; expenses with salaries and rents of R $ 1; tax, R $ 3; and profit of R $ 2. Therefore, this product should be sold for R $ 10 so that the merchant could obtain his profit and collect his tax properly. The [debtor] who does not pay [the tax of] R $ 3 can either sell for R $ 7, and compete predatoryly with what is fulfilling its obligations, or sell for R $ 10 and profit more than twice than your competitor. Either practice is devastating to an economy in which economic actors must compete with consumers on equal terms. ”

The STF's decision should inhibit the action of regular debtors, but it also brings the concern that criminalization is used in an abusive manner by the tax authorities against eventual tax debtors. For this reason, ETCO has been defending the approval of a bill in the Senate, PLS nº 284/17, which establishes criteria for differentiating between defaulting taxpayers, protecting debtors in good faith and authorizing tougher measures against taxpayers. stubborn debtors. “We believe that this may be a more definitive solution to the problem”, says ETCO's executive president, Edson Vismona.