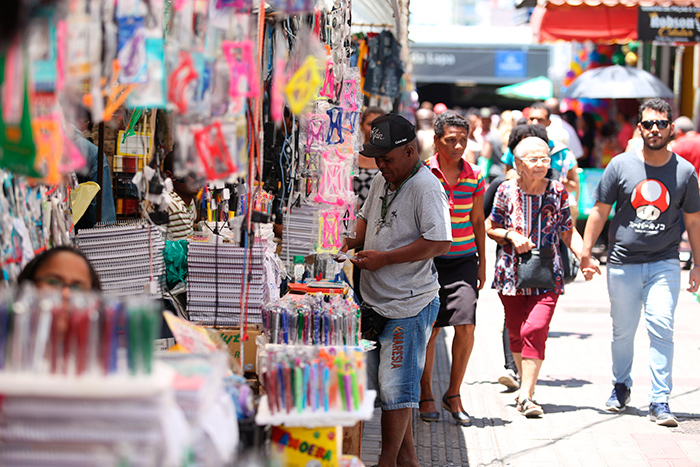 A partnership between ETCO and the Brazilian Institute of Economics of Fundação Getulio Vargas (Ibre / FGV) has followed the evolution of the informal market in the country since 2003 through the Underground Economy Index (IES). Data for 2019 were presented in December. For the fifth consecutive year, there was growth in the informal economy, which moved R $ 1,2 trillion, which represents 17,3% of the Brazilian GDP and is equivalent to the GDP of countries like Sweden and Switzerland. 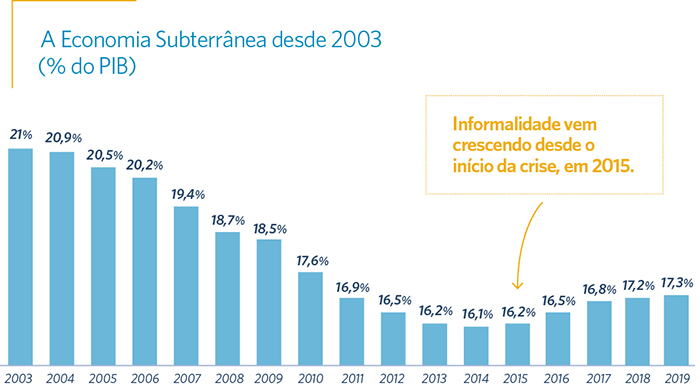 The IES is calculated based on IBGE research on informality in the labor market and data on the amount of paper money in circulation in the country. The underground economy uses more money in its financial transactions.

The informal market maintained a consistent downward trend from 2003 until 2014, the country's growth period, but the curve was reversed from the beginning of the economic crisis. Unemployment and falling sales put pressure on workers and companies towards informality. "The better the economic scenario, the lower the Index", explains ETCO's executive president, Edson Vismona.

Ibre / FGV economist responsible for the research, Paulo Henrique Ribeiro Peruchetti, drew attention to the reduction in the pace of informal growth, which rose 0,1 percentage point in relation to 2018. In that year, it had increased by 0,4 pp. The trend, according to him, is that the HEI will start to fall with the resumption of economic activity. "Our medium and long-term vision remains positive, as long as the economy continues to grow," said Peruchetti. "But for that, we need to do our homework and move forward with all the reforms necessary to stimulate the economy."