Presence in international events on the illegal market 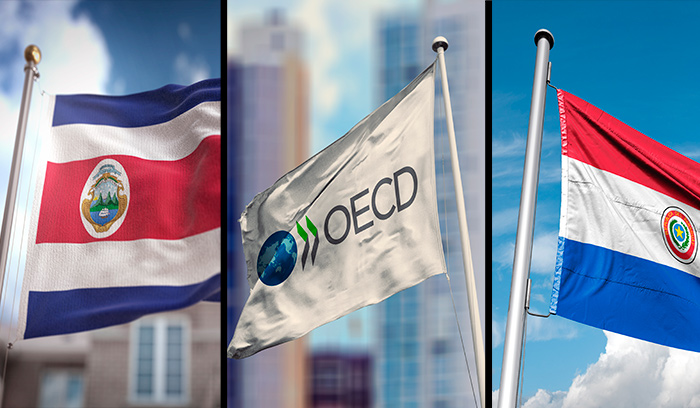 Meetings in Costa Rica, the OECD and Paraguay marked the Institute's international agenda

ETCO expanded its international operations in 2019 through contacts with authorities from different countries and through meetings on topics related to the Institute's activities, especially the fight against the illegal market.

Three events were particularly noteworthy: in Paraguay, the main source of products that enter Brazil illegally, we participated in the 13th Parliamentary Forum on Intelligence and Security; in Costa Rica, the Fifth Meeting of the Latin American Anti-Smuggling Alliance (ALAC); and in France, the meeting of the Task Force to Combat the Illicit Market of the Organization for Economic Cooperation and Development (OECD).

Learn more about these meetings:

ETCO's executive chairman, Edson Vismona, participated in January in the 13th Parliamentary Forum on Intelligence and Security, in Paraguay. The meeting brought together experts and authorities from different countries to discuss issues related to transnational crimes.

This was the first time that the Paraguayan government hosted the meeting. "Paraguay has shown enormous interest in discussing ways to combat the various forms of illegality that currently prevail in the triple border region," said Vismona.

The Parliamentary Forum on Intelligence and Security was created in 2014, at the initiative of the then US deputy Robert Pittenger, with the purpose of joining efforts of different countries in the fight against terrorism and international gangs. Speaking at the opening of the event, Pittenger warned that the triple border between Brazil, Argentina and Paraguay "is one of the most critical areas in the world" and that the region's security depends on the joint action of these countries.

The Latin American Anti-Counterfeiting Alliance (ALAC), which brings together representatives of the public and private sectors from 15 countries in the region in the fight against the illegal market, held its fifth meeting in May. The event took place in Costa Rica and once again counted on the participation of ETCO, which had been responsible for organizing the previous meeting, in Brasília.

According to ALAC data, smuggling moves U $ S 210 billion a year in Latin America, equivalent to 2% of the region's GDP, affecting sectors such as steel, tobacco, beverages, medicines, cosmetics, plastics, electronics, shoes, textiles and clothing. "This value is equivalent to the GDP of 25 of the 32 countries on the continent," said ETCO Executive President Edson Vismona.

He recalled that, in Brazil, the tobacco sector is the most affected. “Cigarettes are responsible for 67% of all seizures of smuggled products in Brazil. We are giving the Brazilian tray market to smugglers, ”he said.

In March, ETCO participated in the meeting of the Organization for Economic Cooperation and Development (OECD) Task Force to Combat Illicit Markets, held in Paris. The event dealt with the situation and strategies to face the illegal market in the world. ETCO's executive president, Edson Vismona, made a statement in which he highlighted the progress of smuggling in Brazil, especially in the tobacco sector, and how this practice fuels organized crime in the country.

At the meeting, a new version of the study Trends in Trade in Counterfeiting and Piracy was released, which showed that the participation of these products in the world market grew from 2,5% to 3,3% in three years.