Project to raise awareness and fight against the illegal market 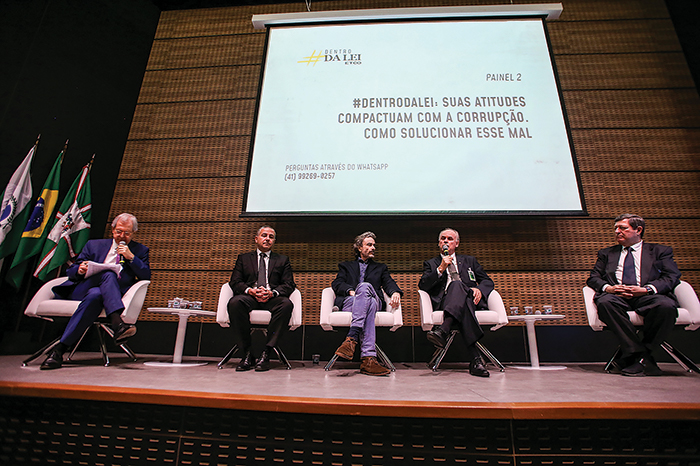 Specialists in one of the panels of the #Dentro da Lei Forum, an ETCO partnership with the Gazeta do Povo newspaper, from Paraná

The illegal market represented by practices such as smuggling, piracy and counterfeiting of products harms Brazil in several ways. It compromises the businesses of companies that operate within the law, reducing their investments in the country and formal jobs. It reduces the collection of taxes necessary for the provision of quality public services. It exposes the population to products that do not pass due safety inspections, putting their health at risk. And it finances organized crime, which is increasingly dominating this market.

Many Brazilians, however, do not know or do not give due importance to these losses. To raise awareness of the problem, in 2019 ETCO joined the newspaper Gazeta do Povo, from Paraná, in carrying out the #Dentro da Lei project. The partnership made it possible to carry out forums, interviews, in-depth reports and other content on the theme from May to December.

The project involved important names in journalism, such as Alexandre Garcia, Augusto Nunes, Guilherme Fiuza and Rodrigo Constantino, and had the contribution of public agents, security consultants, researchers, representatives of the productive sector and professionals from different areas related to the problem.

Foz do Iguaçu, in Paraná, constitutes the main entry route for smuggled products from Paraguay, and the Gazeta do Povo has an important history of coverage of the topic.

The #Dentro da Lei project was conceived based on the recommendations summarized in the document 10 Measures against the Illegal Market, the result of work by the Center for the Study of Social Economic Law (Cedes) sponsored by ETCO.

The events and reports brought data and opinions on the damage that illicit practices produce in different segments, as well as suggestions to face this problem. A small sample of this information is presented below. 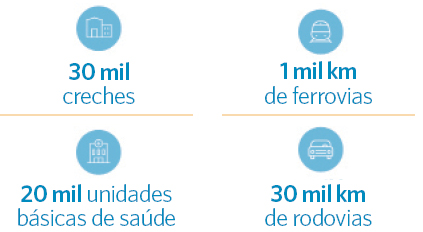 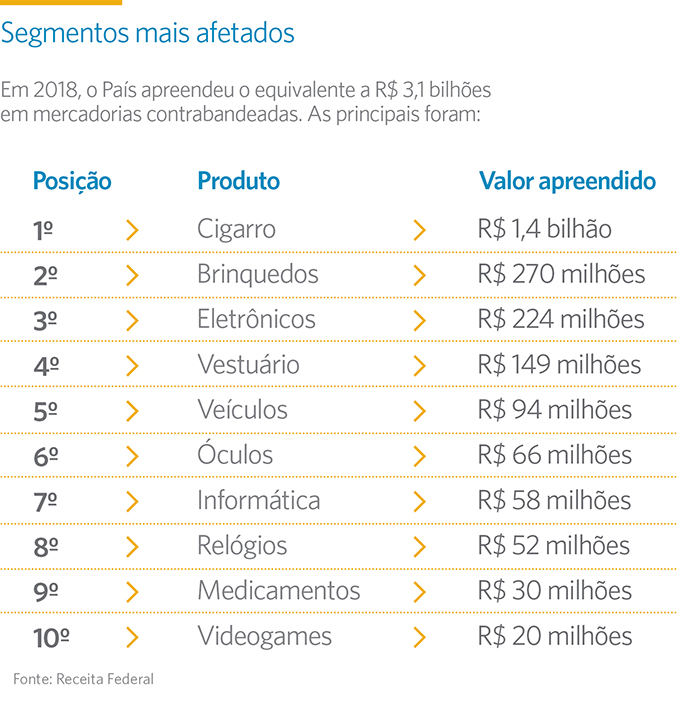 "The crime of smuggling deteriorates the formal labor market, inhibits investments, finances organized crime, generates foreign exchange evasion, loss of revenue and risks to the health and integrity of the consumer."
Ephraim Morais Son, federal deputy (DEM-PB) and president of the Mixed Parliamentary Front to Combat Smuggling and Counterfeiting

“The role of criminal organizations in the country has reached a dimension that no one else can ignore. We are living in an increasingly evident moment of threat to the democratic rule of law, because organized crime is unaware of the existence of authority. ”
Edson Vismona, executive chairman of ETCO

“It is necessary to conceive a type of taxation that allows to face the price of Paraguayan cigarettes in Brazil on an equal basis. Without reducing the aggregate tax burden, but making a redistribution to have a cigarette with a price compatible with what arrives from Paraguay. ”
Everardo Maciel, former Federal Revenue Secretary and chairman of the ETCO Advisory Board

"If the United States, with all its apparatus, is unable to control the 3 kilometers of border with Mexico, imagine our challenge with 17 kilometers."
Arthur Cazella, general coordinator of Combat against Contraband and Embezzlement of the Federal Revenue

“Outside the law, we are not a serious country. If you don't have a culture of doing things within the law, outside the law the country has no salvation. ”
Alexander Garciajournalist

“The #Dentro da Lei project disseminates, raises awareness, awakens, strengthens people's will to always act within the law, not to give up this line of action and this behavior.”
Luiz Bernardi, Federal Revenue Superintendent in Paraná and Santa Catarina

10 measures against the illegal market

The #Dentro da Lei project was based on the recommendations of a study carried out in 2018 by the Center for the Study of Social Economic Law (Cedes), with support from ETCO, which recommended a set of measures to face the illegal market in a broad and effective way. The work is available on the website www.dezmedidascontroilegal.com.br.

Check out the suggested measurement types:

1. Create an integrated system of intelligence agencies and entities to map possible routes for the disposal of products from the illegal market.

2. Define the duties of each Public Administration body to combat the illegal market.

6. Strengthen punitive measures that are ancillary to the fight against smuggling.

7. Include smuggling and embezzlement crimes in the priority goals of the Executive and Judiciary branches.

9. Rebalance the tax regimes that stimulate the illegal market.