"Ethics submits means and ends to the scrutiny of the acceptable"

Hamilton Dias de Souza, Master in Tax and Financial Law, is a member of the Board of the São Paulo Lawyers Institute and the Brazilian Academy of Tax Law. He was professor of Tax Law at the Faculty of Law of the University of São Paulo 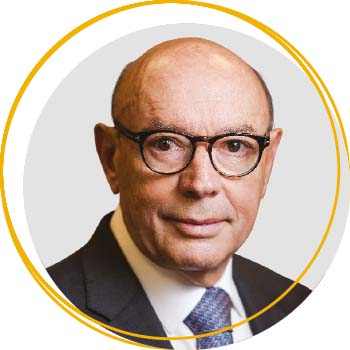 Ethics is about the limits of human action and the identification, in a set of possibilities, of those that are correct. It is not about contemplation, but practical life. It submits means and ends to the scrutiny of the acceptable. Therefore, nowadays, it acquires the role of underpinning the structuring of development, to keep the economy healthy and enable the realization of society's political choices.

Competitive ethics, on the other hand, has the role not only of distinguishing legal, illegal or undesirable activities and curbing unfair competition. It also guides (or should guide) the way in which the State “mediates” market forces.

In 33 years of the Constitution, much has been said about correcting imbalances and directing economic activity. But how to deal with an irrational and extortionate tax system, which leads some to profit from persistent default, to the detriment of competitors and consumers? What about “reforms” that correct nothing and only serve as a pretext for raising taxes?

Since its creation, ETCO has made concrete contributions to these issues. I must remind you that art. 146-A of the Constitution (Constitutional Amendment 42/03) was conceived by proposal of the Institute, which, today, acts through the approval, in Congress, of a Complementary Law that regulates the device. Major advances in combating persistent debtors would not have been possible without ETCO. Not to mention the institution's contributions to the reform of consumer taxation.

From what has already been said, many typically Brazilian problems are, at bottom, ethical problems. It is unreasonable that the gigantic state and the corruption that is rife in some sectors harm the economy, impoverish the country and ruin the collective well-being. There are also particular interests of those in power that often overlap with public interests. This makes the state apparatus inefficient, generates unnecessary expenses and blocks the reform agenda. That is why it is so difficult to make the country grow again. I hope to witness a reform not only of the tax system, but of the Brazilian State, which is broad, well conceived and which corrects these problems.