Search for solutions to tax litigation unites CNJ and IRS 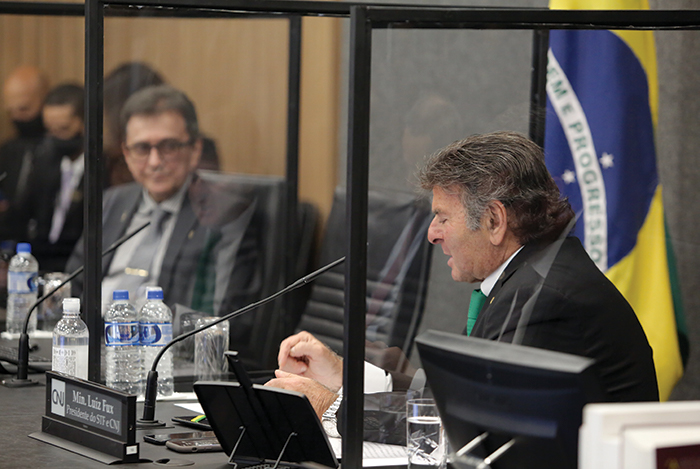 The Secretary of Revenue, José Tostes Neto, and the President of the STF and CNJ, Luiz Fux, at the signing of the agreement

There are currently 77 million lawsuits pending in the Brazilian courts. Of these, 40% are tax claims. The congestion rate of these processes is 87%. This means that, each year, only 13% of cases are resolved. Considering only the enforcement proceedings, which charge the amounts of cases that have already been judged, the share of tax claims rises to 70%.

These data, gathered in the 2020 edition of the Justice in Numbers report, of the National Council of Justice (CNJ), indicate the seriousness of tax litigation in Brazil. And they reveal only the judicial part of the problem. Many disputes are discussed and resolved within the administrative scope of the tax administration bodies of the Union, the states and the municipalities. The Tax Litigation Challenges study, carried out by the consulting firm EY (Ernst & Young) for ETCO, in 2019, showed that tax credits charged only by the federal government amounted to R $ 3,44 trillion in that year, equivalent to 50,4 % of the country's GDP.

Now, good news. In November, the IRS and the CNJ entered into a partnership that promises to address some of the deeper causes of this problem related to the dysfunctionality of the tax process. The agreement was signed by the Secretary of Revenue, José Barroso Tostes Neto, and by the president of the CNJ and the Supreme Federal Court, Minister Luiz Fux.
The two bodies will carry out a joint research on litigation throughout the tax process in the administrative and judicial spheres. The objective is to identify the reasons why tax disputes take, on average, 19 years until their final conclusion and propose a reform in this process. The work is expected to last two years.

Minister Luiz Fux acknowledged the seriousness of the problem. "We are now fully aware that the rampant litigation, very inherent in tax issues, represents one of the great evils of Justice," he said. And he expressed the intention that the research will result in at least two innovations that he classified as "very audacious". The first is to give the final decisions of the administrative judgment bodies the character of "res judicata". Today, the taxpayer who loses the case in an administrative court has the prerogative to re-discuss the whole process in court.

The Federal Revenue Secretary also highlighted the seriousness of the litigation. “We have an amount of federal tax credits in litigation of R $ 3,4 trillion. Tax enforcement proceedings already represent almost 40% of the total proceedings in progress, with an estimated time of nineteen years in both phases. These numbers give us the dimension of the challenge. ”

Tostes highlighted the damage that the high level of tax conflicts causes to the country. “The problems resulting from tax litigation have contributed to increase tax litigation, cause legal uncertainty and affect the business environment, competitiveness and productivity of our economy”, summarized Tostes.

The head of the Federal Revenue Service stated that the reform of the tax process is an agenda that does not depend on the tax reform. According to him, tax reform can “contribute, of course, with a simpler and more rational tax imposition structure, but we believe that it is possible to carry out this review [of the tax process] and a set of proposals that can bring us a tax litigation. effectively adapted to the development needs of our country ”.

In a meeting with the Secretary of Federal Revenue, the president of ETCO, Edson Vismona, expressed support for the initiative and made available the studies carried out by EY on the initiative of ETCO.