How to face the challenges of tax litigation 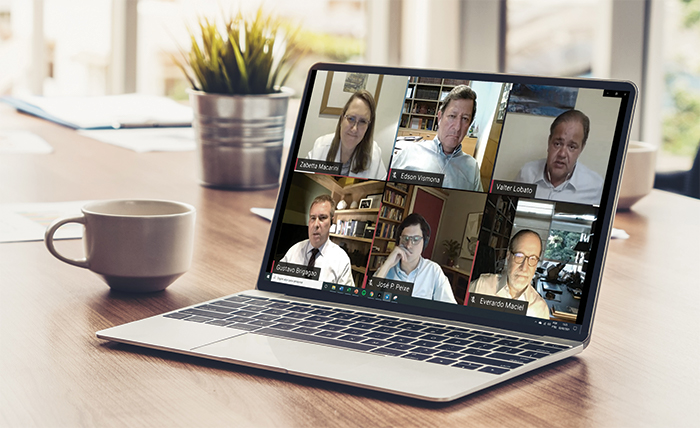 The high level of litigation between tax authorities and taxpayers damages the business environment, removes investments and delays the country's development. Therefore, in recent years, ETCO has been carrying out several actions to draw the attention of society to the seriousness of this problem. and contribute to finding solutions for it.

One of the most important initiatives in this regard was to hire the consultancy EY (Ernst & Young) to make a diagnosis of the evolution of tax disputes in Brazil and to identify the solutions adopted by other countries to deal with the differences between their taxpayers and the tax authorities. The study The Challenges of Brazilian Tax Litigation was launched at a seminar held by ETCO in November 2019, it was the subject of a special edition of the ETCO Magazine published in August 2020 and has been presented in several discussion forums.

In December, the study was the subject of a webinar conducted by the Brazilian Association of Tax Law (Abradt), which brought together EY's tax partner, José Paulo Peixe; ETCO's executive chairman, Edson Vismona; the chairman of the ETCO Advisory Board, Everardo Maciel; the executive director of the Group of Applied Tax Studies (Getap), Zabetta Macarini Gorissen; and the president of the Brazilian Association of Financial Law (ABDF), Gustavo Brigagão. The event was coordinated by the president of Abradt, Valter Lobato.

The EY partner gave a brief presentation of the research carried out for ETCO, including the following highlights:

Commenting on points of the study, the ETCO executive president defended the adoption of alternative instruments for resolving tax conflicts in Brazil (mediation, conciliation and arbitration). "Strict taxes, as is the case in the United States, allow for a prior discussion before the assessment," recalled Vismona. "This allows an assessment to be made between the positions defended by the taxpayer and the understanding of the tax authorities, previously identifying errors, for example."

Vismona also recalled that, in addition to generating legal uncertainty and alienating investors, the confusing tax system expands the litigation, benefiting the persistent tax debtors. "A persistent debtor is someone who structures himself to never pay taxes," he explained. "He takes advantage of this whole situation, this tax hustle and bust, to keep the discussion about what is due, delaying any decision and thus not paying".

Vismona cited the example of a brewery in Rio de Janeiro that has a billion dollar debt with the state tax authorities and that, using a breach of the law, recently obtained, in a decision in court, the payment of the debts over a period of more than 2 years.

The ETCO president regretted that a bill introduced in the Senate in 2017 (PLS 284/2017), which distinguishes debtors in different types, according to the recurrence of the debt and the impacts on competition, and authorizes a more rigorous treatment against the debtor is stuck in the current legislature.

In his participation in the debate, tax attorney Everardo Maciel, who was secretary of the Federal Revenue during the two terms of President Fernando Henrique Cardoso (1995 to 2002), deepened the analysis and suggestions he presented in an interview published in the last edition of the ETCO Magazine with a focus reformulation of the tax process. Some points of your vision on causes and solutions for litigation:

Getap's executive director, Zabetta Macarini, praised the efforts that have been made by the Federal Revenue to value good taxpayers and provide them with tax self-regulation. "With the so-called cooperative compliance, both parties work together to avoid litigation," he explained. “This allows the taxpayer in good faith, who is not intending to defraud the tax authorities, does not want to evade or do abusive tax planning, find in the Federal Revenue, in the inspection agency, a framework of legislation that allows to regularize the obligation without getting a ticket. ”

She also praised the approval of Law No. 1388/2020, which regulated some types of tax transaction in the country, defending the expansion of this instrument to allow its application in a larger volume of cases. Zabetta regretted, however, the inefficiency of the tax consultation institute, which, in his opinion, fails to provide legal certainty to the tax system. "It is a useless institute," he said.

The president of the Brazilian Association of Financial Law (ABDF), Gustavo Brigagão, criticized the difference in strength that, in his opinion, favors tax authorities in tax disputes. "In the battle between the two parties, the tax authorities are in a privileged situation," said Brigagão. He cited the ample arsenal of instruments that the tax authorities have to force the payment of credits that the taxpayer may consider undue, such as the listing of assets, fiscal precautionary measure, presumption of fraud, unavailability of assets, out-of-court protest by the CDA (Debt Certificate) Active), inclusion of taxpayer data in Cadin and refusal to issue tax regularity.

He also criticized the effects of transferring judgments on tax matters in the STF from the physical to the virtual plenary session, adopted last year because of the coronavirus. According to Brigagão, by dispensing with the face-to-face debate between the ministers and reducing the space for lawyers' manifestations, limited to sending oral arguments by video file, the virtual plenary session compromises the quality of judgments and legal security. He cited several cases judged in this way that ended up altering understandings that prevailed in the jurisprudence for decades.

The opinion was shared by the president of Abradt. According to Valter Lobato, “the flood of judgments” by the virtual plenary that took place in 2020 ended up generating little debated and, as a consequence, poorly drafted decisions, which would already be generating divergent interpretations by some states and municipalities. "This brings more litigation," he said.

Despite this criticism, Lobato ended the webinar remembering that the country has some important advances to celebrate in the search for solutions to litigation. He cited the creation of tools such as the procedural legal business and the tax transaction, which allowed some forms of negotiation between the tax authorities and taxpayers, and the end of the quality vote, which favored the State in judgments tied to the CARF (Board of Directors) Tax Appeals). "I think initiatives are being taken," concluded the event's host.