It's time to tackle tax litigation 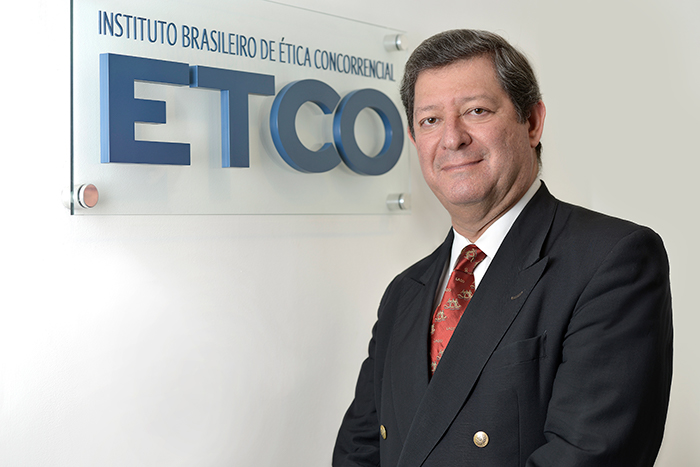 The attention of Brazil has focused, in the last few months, on the fundamental themes for combating the biggest health crisis faced by the world in more than a century and its profound effects on the economy. When we overcome the worst phase of the pandemic, it will be time to face our old problems again. Improving our tax system, whose dysfunctionality constitutes a rare consensus in Brazilian society, must take priority.

Within the discussions on tax reform, in our view, there is a theme that has not received the deserved attention from the country's political actors: the scourge of tax litigation. Unfortunately, Brazil is bitterly embarrassed as the world champion in litigation between the tax authorities and their taxpayers.

In order to give visibility to the topic and contribute to the search for solutions, last year we hired the consultancy EY (Ernst & Young) to diagnose the problem. The study, launched in November, showed that litigation grows in an uncontrolled manner and already exceeds the equivalent of half of the Brazilian GDP - a proportion that cannot be found anywhere else in the world.

This edition of ETCO Magazine continues this work. In addition to presenting the results of the EY study, it brings the vision of dozens of important names who are involved with this problem and conditions to influence the search for solutions. Names that represent different points of view of the issue - Tax Authorities, taxpayers, tax lawyers, Judiciary and academic segment -, with analyzes on the causes of the phenomenon and the measures they defend to prevent tax litigation.

Three aspects of this discussion deserve special attention. The first concerns the past, the search for a solution to the litigation stock already formed. The country has been registering some advances in this direction - and it is worth complimenting the National Congress, which in April converted the Provisional Measure of the Legal Taxpayer, presented last year by the federal government, into Law No. 13.988 / 20, regulating some types of tax transaction . It is now necessary to encourage the use of this mechanism and to take other actions in order to reduce the gigantic stock generated in the past.

The second aspect is initiatives to resolve the causes of the problem and thus prevent the formation of new litigation, therefore, solutions for the future. Unfortunately, we have noticed few actions focused in this direction. Instruments such as conflict mediation and arbitration, which are used successfully in countries with a high level of tax legal certainty and a low rate of litigation, could play a very important role in resolving differences between the tax authorities and taxpayers before they become formal disputes. .

Here too, it is important to recognize important efforts adopted in this direction, such as the Nos Conformes program, created by the state government of São Paulo in 2018, which values ​​good taxpayers by allowing the self-regulation of tax debts, avoiding litigation. But much remains to be done to improve the relationship between the tax authorities and taxpayers and to reverse the culture of mutual distrust that exists in the country today.

The third point is the fight against the one who is the opposite of the good taxpayer: the stubborn tax debtor. It is a type of fraudster that structures his business to gain market not by offering good products or services, but by not collecting the taxes due and using this illicit advantage to practice predatory prices, benefiting from the complexity of tax system and the slowness of Justice to escape the law.

ETCO's fight against this form of unfair competition is an old one and was even cited in a Supreme Court judgment held last December by the rapporteur of the case, Minister Luís Roberto Barroso, in his winning vote in favor of criminalizing this practice. This judgment strengthens the urgent need for the approval of a law that makes a clear distinction between the incumbent debtor and the eventual defaulter, allowing a tougher fight against the former and respecting the rights of the latter. A bill in this regard, PLS 284/2017, is in the Senate ready to be voted on and has our full support.

I hope that the EY study and the proposals of great experts gathered in this edition will shed more light on the need for effective instruments to solve this problem that has been doing so much harm to Brazil.