Aristides Junqueira Alvarenga, graduated in Law from UFMG, he served as Prosecutor for the State of Goiás and at the Federal Public Ministry. He was Attorney General of the Republic between 1989 and 1995. He currently works as a lawyer 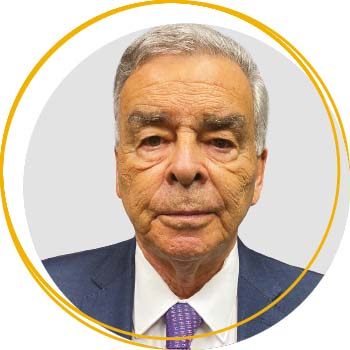 It is with great honor that I have been a member of the ETCO Advisory Board since the creation of the Institute, alongside Everardo Maciel e Hamilton Dias de Souza. I see ETCO as an entity that cultivates ethics, understood as a consistent value in the practice of good customs (morals), at the individual, family and social level, aimed at achieving the common good.

In the field of business competition, ethics among competitors must prevail under penalty of prevailing the conduct of those worshipers of terrible unethical customs, of a selfish nature, to the detriment of social well-being.

It is encouraging to know that ETCO works in several areas, such as the Legislative. See article 146-A inserted in the Federal Constitution, the result of the work of councilors Hamilton and Everardo, mainly.

This article, introduced by Constitutional Amendment No. 42, of 2003, provides that “a complementary law may establish special taxation criteria, with the objective of preventing imbalances in competition, without prejudice to the competence of the Union, by law, to establish norms with the same objective ”. It is a relevant instrument to prevent taxes from being used to unbalance competition.

In these 18 years of ETCO, despite the achievements and the constant struggle to remove those unethical (immoral) agents from the business world, my feeling is one of frustration with the little that has been achieved.

My frustration largely comes from the fact that very little has been achieved in combating unethical behavior, especially in the areas of production and consumption of cigarettes, beverages and fuels. It is necessary to work in the area of ​​ethical education (individual, family and social) from childhood, so that the competitive area, in the future, is less unethical.