ETCO and ICL propose partnership with States against the illegal market

The project, which began in PR and continues to SP, RJ, MG and AM, provides technical cooperation and support for actions to combat smuggling, tax evasion and other illegal practices 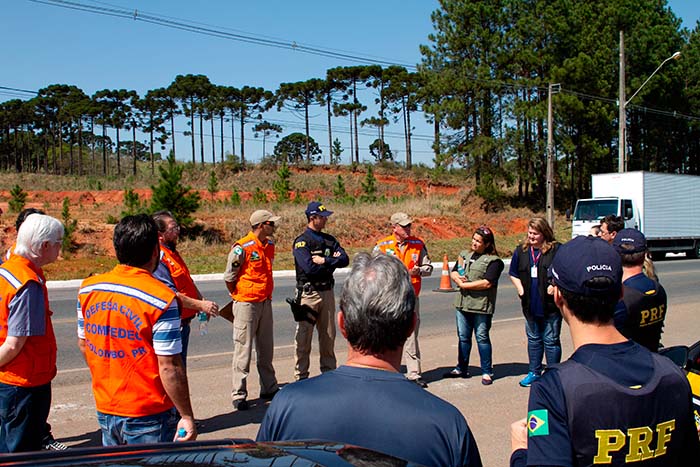 Collaborate with law enforcement agencies, inspection and control in combating practices such as smuggling, piracy, product tampering, consumer fraud and persistent tax default. This is the objective of a new action that has been implemented by ETCO in partnership with one of its members, the Legal Combustible Institute (ICL). The initiative consists of supporting bodies such as the state departments of Finance and Public Security, the Public Ministry and the Federal Highway Police in their routine activities.

The cooperation involves technical consultancy in inspections, presentation of market information, donation of equipment, assignment of technicians, preparation of technical reports, support in storage, in the destination and destruction of seized products, carrying out awareness campaigns, training, efforts for the improvement of laws, organization of seminars, among other actions.

The project began in September, when the president of ETCO, Edson Vismona, and the CEO of ICL, General Guilherme Theophilo, met with Paraná authorities to sign the cooperation agreement between the institutions involved. Among the participants were the Secretary of Finance, Renê de Oliveira Garcia Junior, the superintendent of the Federal Highway Police in Paraná, Antonio Paim de Abreu Junior, Colonel João Alfredo Zampieri, from the Public Security Secretariat, the delegate Omar Gabriel Haj Mussi, superintendent of the Federal Police in Paraná, and Attorney Ciro Expedito Scheraiber, of the Public Ministry of Paraná.

The next states will be São Paulo, Rio de Janeiro, Amazonas and Minas Gerais, with meetings scheduled for the coming months. Then, the initiative must be extended to other states.

"Sectors such as fuel, tobacco and beverages, due to their higher tax burden, suffer from the competition of companies that practice tax evasion, fraud and smuggling, generating serious distortions that also affect the treasury", says the president of ETCO. "This term of cooperation that we are taking to the states serves to improve the integration and coordination of government initiatives in the areas of public security, customs and taxation, strengthening intelligence actions, with the support of the productive sectors."

The CEO of ICL highlighted the importance of integrating inspection and repression forces and supporting the productive sector, which has market knowledge and information useful for the work of public authorities. “If we don't have intelligence and information integration, crime, which is already organized, starts to have an even bigger gain over businessmen who fulfill their obligations”, says Theophilo.

The fuel sector, he recalls, faces several illegalities. The list includes frequent tax evasion or default, product tampering, diversion of pipelines and volumetric fraud at supply pumps. Each year, these practices cause BRL 14 billion in tax evasion, according to a study by the Getulio Vargas Foundation, and BRL 15 billion in operating losses, according to the ANP (National Agency for Petroleum, Natural Gas and Biofuels). “Excluding the overlap between the two studies, a total loss of R$ 26 billion per year is estimated”, points out the president of the ICL. "And the trend is increasing."

In their cooperation proposal, ETCO and ICL are willing to offer, for example, training on how to identify these illegalities and advice to strengthen the legal instruments for fighting crime. One such initiative was the meeting that ICL held in October, in Rio de Janeiro, as part of the ATAC (Storage, Transport and Fuel Supply) program. The event was attended by leaders of the Civil Police, Federal Police, Federal Highway Police, attorneys, judges and other authorities. And there were opening lectures by Generals Carlos Alberto dos Santos Cruz and João Camilo Pires de Campos, Secretary of Public Security for the State of São Paulo.