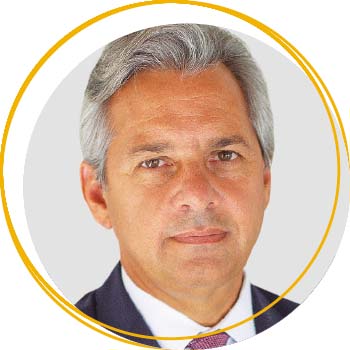 Ethics is a broad concept, but not an abstract one. The set of principles relating to morality and equal opportunities in the competitive world is crucial for the country's development.

It is necessary that the public authorities provide shelter and shelter to companies that comply with these principles, which act in favor of competition, not creating artifices and scams that configure inequality in opportunities, in particular tax evasion, the use of judicialization of the discussion of tax evasion to gain an advantage in time, given the lethargy in the resolution of conflicts.

ETCO is a great reference in competition ethics. In these 18 years on the road, the Institute has followed several governments, crises, adverse situations in the public and private world, and knew how to behave as a true think tank, bringing transparency in its positions, always in line with the basic principles of ethics - whether they in the business world, whether those pertaining to public administration.

Of the numerous initiatives and positions taken by ETCO, I regard as extremely relevant the various positions on the various alleged tax reforms that we have observed in recent months and years. ETCO never guided nor was guided by economic interests "per se", in defense of business as a north, but the defense of tax justice, in the federative pact and, mainly, in the defense of the always desired legal security, basis and requirement for private investments in our country.

I have no doubt that legal certainty is the topic that should guide ETCO's priority. We cannot work with “capital” Ethics if we do not have an obedience to the pact between the public and the private. There is no way to defend the competition ethics in the business, private environment, if the State, the Public Power, does not act as such.