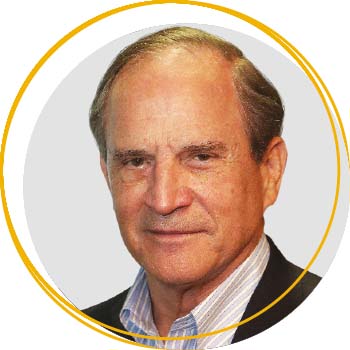 There are attitudes that are strongly condemned and opposed in other countries and in Brazil they end up being culturally tolerated. Not paying taxes correctly, for example. Many people do this on the grounds that they will use the money better than the government would. This is a Brazilian atavistic problem, which needs time to be resolved, as it requires, on the one hand, a cultural change and, on the other, the so-called enforcement - that is, the set of governmental procedures to ensure compliance with the laws .

We all know from everyday experience how much people are influenced by the environment. Just remember situations such as wearing a seat belt – which, given the combination of awareness campaigns and the risk of fines, has become a habit and today no one disputes.

ETCO emerged as a great motivator of the cultural change that Brazil needed in terms of competition ethics, with the purpose of combating procedures often considered “acceptable” at the business level. When the Institute was created, people talked much more openly and without embarrassment about giving discounts for services provided without an invoice, for example.

Smuggling, the object of memorable campaigns by ETCO, was another of those practices considered socially acceptable. I believe the big picture has evolved a lot since then. There is no longer the same level of tolerance for this type of attitude, evidence that the Institute's awareness-raising and surveillance work has been paying off.

The country would have a lot to gain from tax simplification. Companies spend a lot of money and effort with all the structure they need to deal with bureaucracy and litigation, both in relation to taxes and labor issues.

It is essential to reduce this antagonism that has built up between collecting agencies and taxpayers, and also between employees and companies. In the end, we are all on the same side, the side of those who want to see Brazil grow.