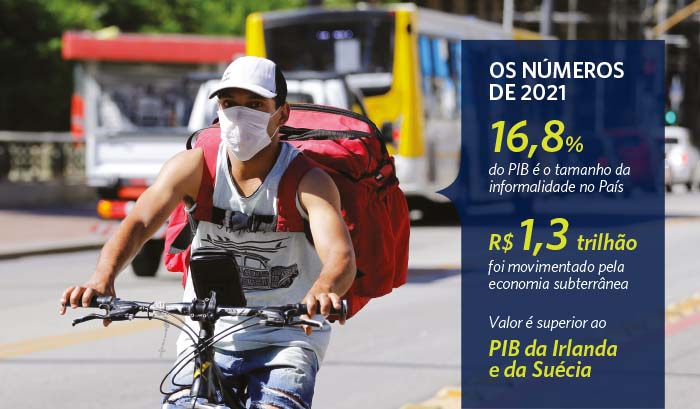 The informal economy has resumed growth in the country. This is what the new edition of the survey by ETCO and the Brazilian Institute of Economics of Fundação Getulio Vargas (FGV-IBRE) shows, which calculates the Underground Economy Index (IES) since 2003. This year , according to the study, the total of goods and services produced and sold in the country without the monitoring of official bodies totaled R$ 1,3 trillion, equivalent to 16,8% of Brazilian GDP and higher than the GDP of countries like Sweden. and Ireland.

The result represents an increase of 0,1 percentage point in the last year's Index and shows the return of informality to the upward trajectory that began in 2015. Until that date, IES recorded eleven consecutive years of decline, having fallen from the 21% level of the GDP in 2003 to the historic low of 16,1% in 2014. In that period, experts pointed to economic growth and measures to promote formalization, such as the Electronic Invoice and the Individual Microentrepreneur (MEI) regime, among the reasons that explained the fall in the Index. 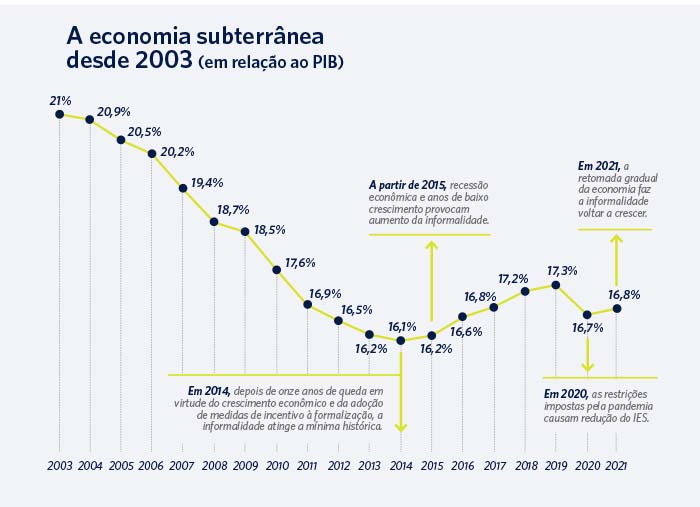 The turnaround began with the 2015 recession and continued in the following years due to low economic growth and rising unemployment, which put pressure on companies and workers towards informality. In this sense, the significant reduction observed in 2020, when the IES fell from 17,3% to 16,7% of GDP, is considered a point outside the curve caused by the limitations imposed by the pandemic.

“The movement restrictions during the most critical months of the pandemic took people off the streets, significantly harming street vendors, app drivers and informal traders”, explains ETCO executive president Edson Vismona. “This population had its activity interrupted abruptly and this had a strong economic and social impact.”

Economist Paulo Peruchetti, from FGV/IBRE, recalls that the government has adopted several measures to protect companies and formal workers, such as the Emergency Employment Preservation Benefit (BEM). In the case of informal workers, Emergency Aid brought income, but did not support economic activity and work, temporarily reducing the underground economy.

With the reopening of the economy, informal work began to grow again. “It's a job where the person has no guarantee, doesn't pay anything, doesn't have any assistance or social security, is an underemployed. We have to offer conditions for it to formalize itself and escape illegality”, says Vismona.

The expectation is that this movement will accentuate even more from now on. “Because it is more flexible, it is very likely that the recovery of employment will occur due to the stronger growth of opportunities in the informal labor market, which may lead to new increases in the underground economy indicator in the coming years”, says Peruchetti. .

The IES is calculated based on IBGE research on informality in the labor market and data on the amount of paper money in circulation in the country. The underground economy uses more money in its financial transactions.