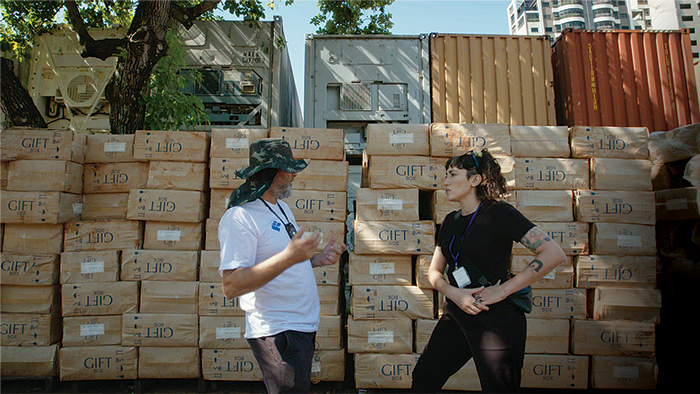 In recent years, in Brazil, the official cigarette market, which pays taxes and is regulated by health laws, has been losing ground to smuggling. According to a survey by Ibope Inteligência, in 2014, about 40% of the product sold in the country was illegal. In 2019, that number had already reached 57%, making, for the first time in history, tax evasion in this segment, estimated at R $ 12,2 billion a year, exceed the sector's tax collection.

Paraguay is the main source of cigarettes sold illegally in Brazil. With 7 million inhabitants, the country produces 71 billion cigarettes per year, for an internal consumption of just 2,3 billion. It is estimated that 67 billion units are destined for the Brazilian market through smuggling, in an activity that involves the solicitation of crime operators, corruption of public authorities and violence - and is dominated by the same gangs that command drug and arms trafficking. . It finances organized crime that controls Brazilian prisons and areas on the outskirts of large cities.

A recently launched documentary miniseries, produced by Vice Brasil in partnership with the National Forum Against Piracy and Illegality (FNCP), which has ETCO as one of its founders, sheds light on the causes, losses and possible solutions for the smuggling of cigarettes from Paraguay.

Entitled Cigarette of Crime, the miniseries is a continuation of the eponymous feature film released in May 2020. Divided into four episodes, it features interviews with politicians, journalists and security officials from Paraguay and Brazil, in addition to conversations with Brazilians and Paraguayans directly involved with smuggling. It also monitors police work in pursuit of criminals.

The miniseries makes it clear that one of the main motivations of smuggling is the tax advantage of Paraguayan cigarettes. “Why are cigarettes taxed in Brazil at 70% and in Paraguay at 18%?”, Asks investigative journalist Mauri König in one of the episodes. “It is this difference that fuels the smuggling industry. If we had equivalent taxes, we would not have so much contraband. ” The opinion is shared by another interviewee, the general delegate of the Federal Police of Foz do Iguaçu, Mozart Fuchs. "It is necessary to make the national cigarette competitive in relation to the merchandise sold in Paraguay," he says.

The president of ETCO and FNCP, Edson Vismona, recognizes that Brazilian security forces have been working hard to suppress smuggling. But the effort has not been able to stop the advance of the illegal market. “In recent years, we have seen an evolution in integrated border work, resulting from police measures and cooperation between powers, with programs and task forces in the areas of intelligence, management and operations,” says Vismona. “However, cigarette smuggling is a complex problem and one that is not only combated with repression. It is also necessary to act in relation to the legal and economic incentives that exist today. ”

The miniseries and the film Cigarro do crime are directed by investigative photojournalist João Wainer and presented by journalist Débora Lopes. The films include recordings in São Paulo, Rio de Janeiro and Foz do Iguaçu, in Brazil, and in Asunción and Ciudad del Este, in Paraguay. The productions are available for free on the FNPC YouTube channel.

WHAT EACH CHAPTER IS ABOUT

It tells the evolution of the cigarette industry in Paraguay and its relationship with smuggling. The production of the documentary visited the Headquarters of Customs Operations in Asunción, talked with Minister Emilio Fuster, of the Fight against Smuggling, and Miguel Prieto, Mayor of Ciudad del Este, in addition to journalists and other politicians who tell how the illegal market network works .

It reveals how cigarettes are brought from Paraguay to Brazil via the river that separates the two countries and then follows the roads, using different types of vehicles and strategies to evade the police. It also shows the integrated work between the Federal, Rodoviária Federal and State police, in partnership with the Federal Revenue Service, and the intelligence actions in the apprehension of contraband, as a result of the VIGIA program and Operation Horus, of the Ministry of Justice and Public Security.

It shows the criminal chain that was established around the profit produced by cigarette smuggling, which moves about R $ 11 billion per year. It involves politicians, bribing authorities and financing criminal and militant factions. It also shows that, despite the damage it causes to society, such as tax evasion, damage to health and violence, smuggling continues to be seen by many people and by law as a minor crime, which facilitates the enticement of operators.

Experts and authorities from Brazil and Paraguay who know the problem in depth present their views on what needs to be done to combat cigarette smuggling effectively. The solutions presented range from society's awareness of the ills caused by the illegal market to the reduction of its main stimulus: the difference in product taxation in Paraguay (18%) and in Brazil (up to 70%).