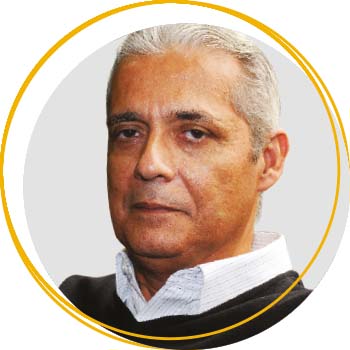 Ethics is a set of essential values ​​and principles that guide the behavior of individuals in society. In practice, it guides actions with the objective of achieving balance and the proper functioning of the social environment.

Competition ethics, in particular, requires that actors in the business world comply with rules, norms and laws, aiming at fair, balanced and undistorted competition, bringing legal certainty to the investor and, as a consequence, development for the country.

ETCO has been fulfilling the important role of promoting integrity in the business environment. During this period, numerous jobs were contracted with international consultants and institutes of unequivocal recognition. Several books and magazines have been published and dozens of events held, pointing out distortions and suggesting actions to the authorities with a view to combating the illegal market or helping to improve the country's legal and regulatory framework.

One action in particular, which deserves to be highlighted for the effort and unprecedented nature of its implementation, was the support for the implementation of the Electronic Invoice, in April 2008, through the signing of a Cooperation Agreement with the Finance Department of the State of Rio Grande do South. Sefaz-RS worked, for a period, as a virtual issuer of invoices for states that had not yet adapted to the new system. NF-e had as pilots the sectors of fuels and cigarette manufacturers, both associated with ETCO.

We can no longer admit distortions caused by criminal and unethical practices, such as the systematic non-payment of taxes – characterizing, in fact, a business model. This unpaid tax causes damages to the tax authorities, to companies that comply with their tax obligations, to the consumer and to society as a whole. In this sense, it is imperative to approve a bill pending before the National Congress, establishing the figure of the default debtor of taxes.